Joel Stocksdale
Holden's new Opel Insignia/ Buick Regal-based Commodore might be a disappointing follow-up to the old rear-drive version, but at least the race car will still be badass. Holden revealed its first renderings of the Australian Supercars version, and the huge splitter and wing transform the car from mild-mannered family sedan to Bathurst-blasting speed demon. The car is set for entry in the 2018 season, and under the hood will still be a raucous, rumbling V8.

That V8-powered Commodore might be one of the last of the V8s, though. According to Holden, the company is working on a twin-turbocharged V6 along with the US-based General Motors Performance and Racing Center. Holden didn't provide any details on the engine aside from the fact that they will try to run it in a few races during the 2018 Supercars series for testing, followed by full-scale introduction in the 2019 season. 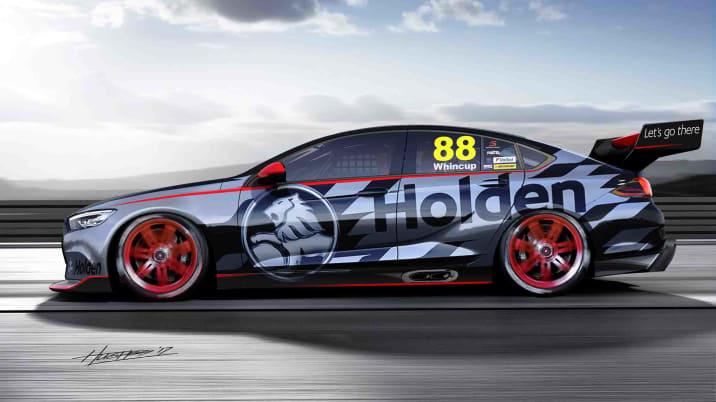 Since the engine is a twin-turbocharged V6 being developed with the GM mothership, we have a feeling that the engine is something GM already has developed. The twin-turbocharged V6 used in the Cadillac ATS-V.R, which is legal for GT3-class racing, might fit the bill. That engine is based on the engine in the road-going ATS-V and CTS V-sport, but racing modifications bump it up to 600 horsepower and 520 pound-feet of torque. With the existing engine, GM could probably make some minor adjustments to it for Australian Supercars. Of course, regardless of engine, this Commodore is going to be pretty sweet.