Millions of Vegas were sold, but they have become junkyard rarities.

It's hard to imagine today, but the Chevy Vega was once everywhere on American streets. Like its Ford competitor, the Pinto, the Vega was cheap and suffered from an increasingly bad reputation as the 1970s wore on, and few of them survived past the 1980s. Here's a '75 Vega GT hatchback that managed to stay alive until age 42, now residing in a Denver self-service wrecking yard. 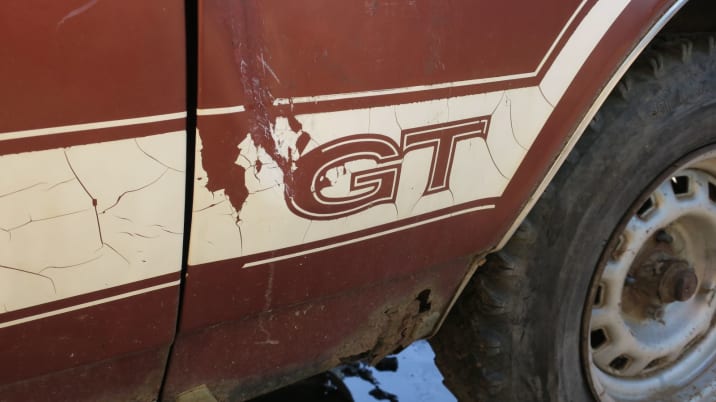 General Motors packed an amazing number of innovations into the Vega during a short development period. The car had an 2.3-liter, overhead-cam, aluminum-block engine (with no cylinder liners, which was quite futuristic at the time) and a cast-iron cylinder head. The suspension was more like a European car's than the typical Detroit product of the era (even with the live rear axle), and the body made the car look like a little Camaro. 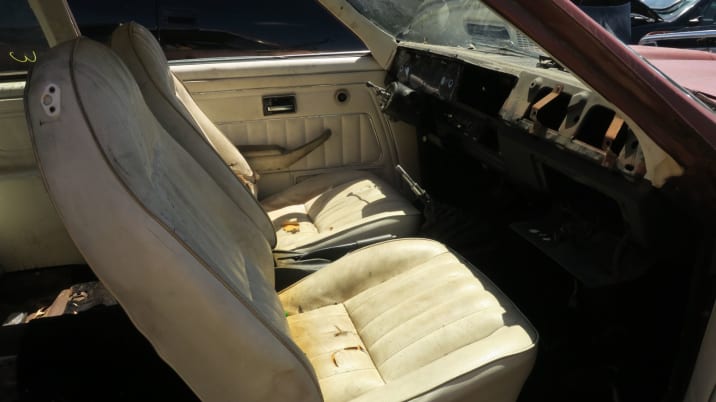 GM designed the Vega to be shipped vertically in rail cars, in a nose-down position, allowing each car to hold 30 cars instead of the usual 18. With so much advanced hardware and fuel prices going nuts soon after the Vega's launch, you'd think that a sporty, fuel-efficient, good-looking American-made subcompact like the Vega would have annihilated the competition. 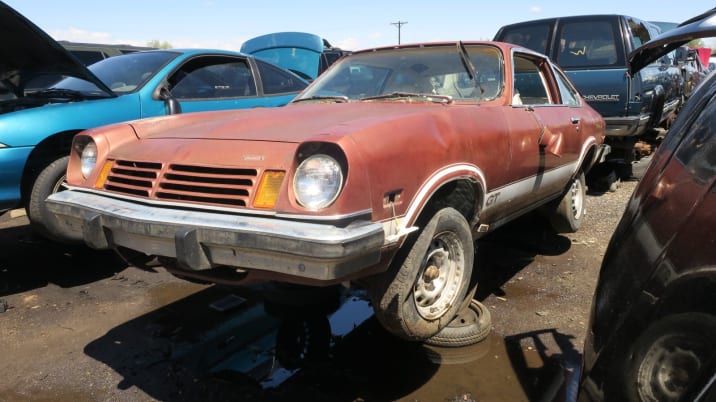 Unfortunately, bureaucratic snafus, poorly-tested features, and labor strife resulted in many quality problems for the Vega, and the car developed a reputation for shoddiness that proved nearly impossible to shake. Still, more than two million were sold. The Chevrolet Monza and its Buick Skyhawk/ Oldsmobile Starfire/ Pontiac Sunbird siblings were based on the Vega platform as well. 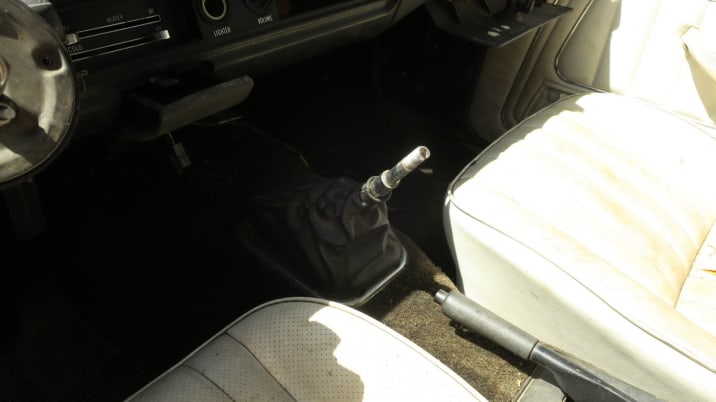 This one has a bit of rust, not too serious, and seems very well-preserved for its age. The hood latch was frozen solid (an especially tough problem on a forward-hinged hood like the Vega's), so I couldn't shoot photos of the engine, but I looked underneath and saw decades of dirt and vegetation lodged in the engine compartment. My guess is that this car sat in a field for at least a decade before taking its final tow-truck ride to oblivion. 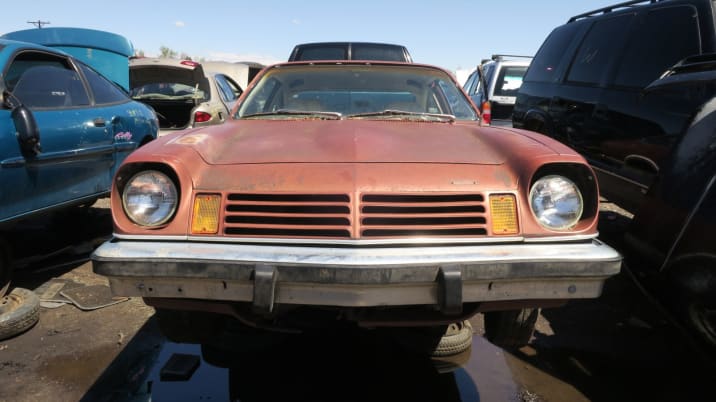 I have put the word out about this car among my Vega-loving friends in Colorado, and I hope they grab every possible component off this car before it gets crushed. At least it's not a Cosworth!