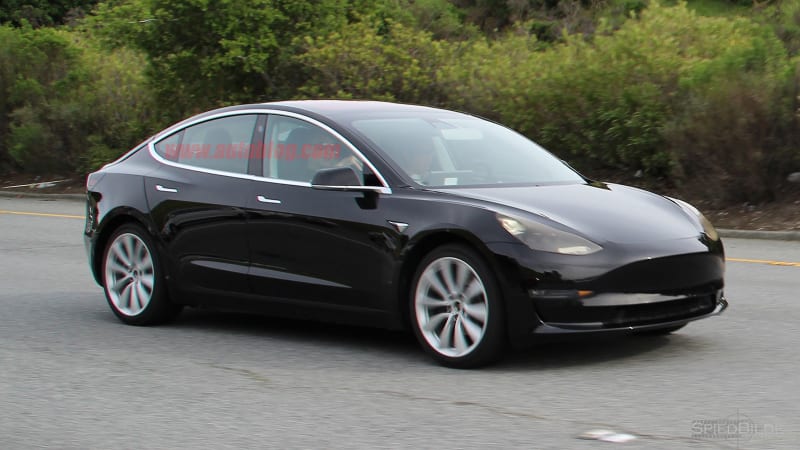 SAN FRANCISCO - Buyers of Tesla's upcoming Model 3 car will only get two choices in configuration, a policy that will let the company quickly ramp up production of its mass-market vehicle, Chief Executive Elon Musk told investors on Tuesday.

"You just need to decide what color you want and what size wheels, at least for the initial production," Musk told shareholders at an annual meeting in Silicon Valley.

Hundreds of thousands of potential buyers put down refundable deposits on the Model 3.

Buyers will be able to configure vehicles next month, Musk said - and he said deliveries were on track for next month.

More option choices will become available, but he did not say when.

By comparison, the Model S sedan has choices of battery size, an optional sunroof, various interiors and several upgrades including sound systems and limited self-driving.

Speculation has been rampant over what specifications owners would be able to choose for the upcoming Model 3, which will be priced at about $35,000.

Musk said the Model 3 will first be offered only with two-wheel drive. All-wheel drive likely will come early next year.

Musk spoke as investors fell in line with management, backing the board's view on five proposals, including rejecting a bid to make directors stand for re-election each year.

Connecticut Retirement Plans and Trust Funds had urged fellow Tesla shareholders to vote for a proposal aimed at the declassification of the company's board, arguing that "annual accountability can lead to increased company performance."

Musk said Tesla planned to add two and maybe three new directors next month or the following month. They would come from "a broad range of backgrounds and industries," he said.

BMW may be first automaker to get Apple CarKey feature

Magna has a consumer device that could help fight coronavirus