Kia Stonic is a compact crossover with a weird name

Joel Stocksdale
With Hyundai on the verge of revealing its new Kona subcompact crossover, it isn't surprising that Kia has one to show as well. It's called the Stonic, which is a fairly bizarre name with an equally odd origin. "The name 'Stonic' combines 'Speedy' and 'Tonic,' which refers to the first and last note in the musical scale," Kia explains. "Thus, 'Stonic' suggests that the vehicle is agile and offers something new and fresh in the compact SUV segment."

It will be interesting to see if Kia sticks with the name, especially considering it's only one letter away from the name of a certain Chevrolet. 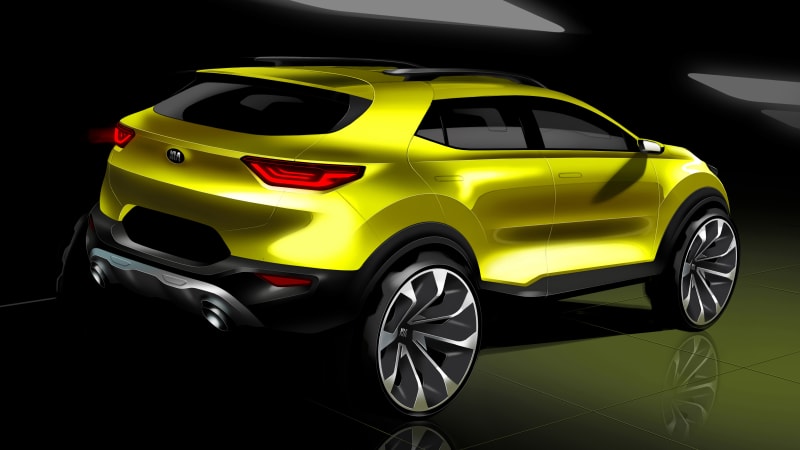 Funky name aside, the Stonic looks like it will be fairly handsome, if a bit conventional-looking for a segment that includes the Nissan Juke and Toyota C-HR. The renderings show the car adheres to Kia's design language with organic curves and the corporate Kia grille. It then adds chunky features like beefy fender arches and a thick, raked C-pillar, all of which are bolstered by prerequisite black plastic cladding and aluminum-look faux skid plates.

The interior doesn't get any more adventurous. In fact, comparing the rendering with the interior of the new Kia Rio, they look just shy of identical. The only visible differences are a slightly different dash pad over the passenger air bag, and slightly altered air vents. 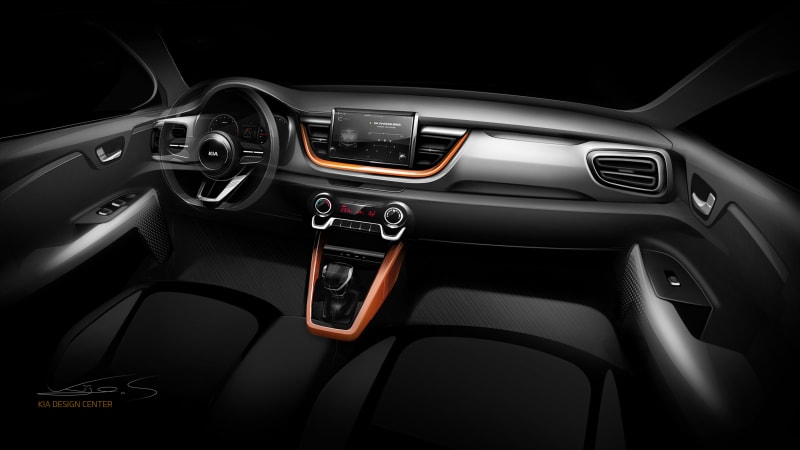 Though the base vehicle isn't exactly revolutionary in its design, it does sound as though owners will be able to personalize it a bit. Kia says the Stonic is "the most customizable Kia ever." Exactly how this will be realized is yet to be seen, but expect many options for interior trim, exterior colors, wheels, and more. We'll also learn the details soon, since Kia says the car will go on sale later this year.