Dr. Z shows off the next Mercedes A-Class in camouflage

Joel Stocksdale
We've already had one look at the next baby Benz thanks to the Concept A sedan. But now we get another thanks to Daimler's Chairman Dieter Zetsche, whom you may remember as Dr. Z. In a LinkedIn post from Zetsche, he talks about the importance of vehicle testing, but most important, he shares images of prototype A-Class cars.

The best shot is right at the beginning, with him in front of a parked A-Class hatchback. Though the nose has plenty of prosthetics to cover the real parts, we can at least tell that the lights have more of a scowl, and look a bit like those seen on the AMG GT coupe and upcoming sedan. We can also see that the car's flanks are much cleaner and simpler than those of the highly sculpted current model. 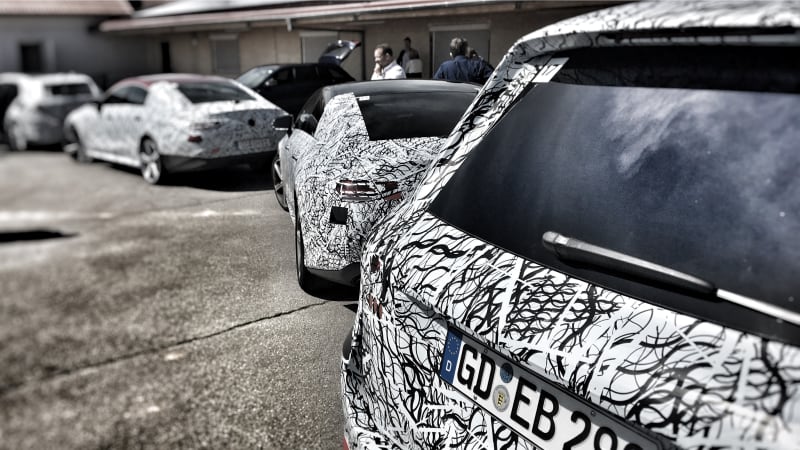 The second image in Zetsche's post shows part of the tail end of the A-Class hatch mingling with a number of sedans. Presumably, the one in focus is an A-Class sedan, which we'll see in the US as the CLA. It has the more slender and horizontal taillights of the Concept A, but with more rounded corners. The profile looks to be more of a fastback than the Concept A, though.

Zetsche also reveals some other information related to the new Mercedes subcompact. He writes that Mercedes "will expand our family of compact cars to eight models." The new A-Class models will also have more driver assistance systems available. 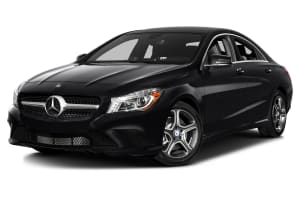