This pricing position could translate to the US, with Honda charging just a bit less for an entry-level Type R than the all-wheel-drive entries from Ford and VW. The exact pricing will likely be quite different, though, since the Focus RS and Golf R are cheaper here. The Focus RS starts at just $36,995, and the Golf R starts at $40,195. It's a safe guess that the Civic Type R will start around $35,000.

In addition to announcing pricing, Honda also revealed that the Type R will be offered in two trim levels in the UK. The first is the unnamed base trim with the competition-beating price tag. The other is a more expensive trim level called GT. It comes with extras including blind spot monitoring, dual-zone climate control, automatic dimming rearview mirror, navigation, improved sound system, and LED fog lights. It's also likely that the Type R will be offered with two trim levels here, though it's possible the included equipment could vary. 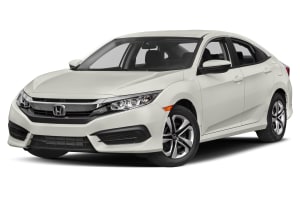