There was a time when the Fiat X1/9 was a fairly common sight on California roads, alongside Triumph Spitfires, MGBs, and other cheap European sports cars. The little two-seater got good fuel economy, could find parking spots on crowded city streets, and had Italian good looks. The X1/9 wasn't so robust, though, and most of them were gone by the dawn of the 1990s. This rusty, battered survivor managed to avoid the fate of most of its brethren until age 42, but now its time has come. 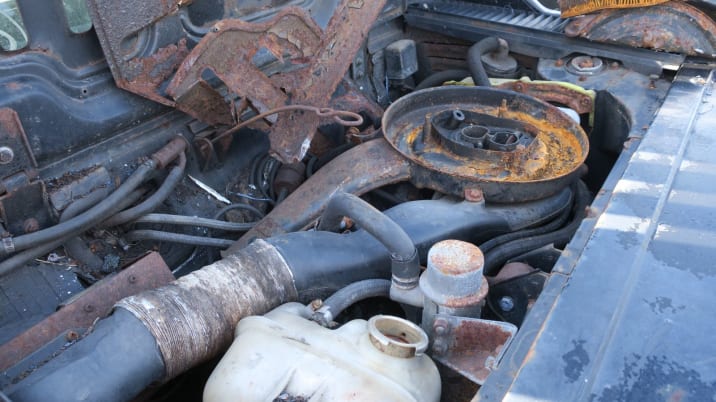 Judging from the sun-bleached paint and rust inside the air cleaner, though, this car hadn't been a runner for quite a while, perhaps decades. My guess is that it sat in a Northern California back yard for many years, awaiting a restoration that never came. 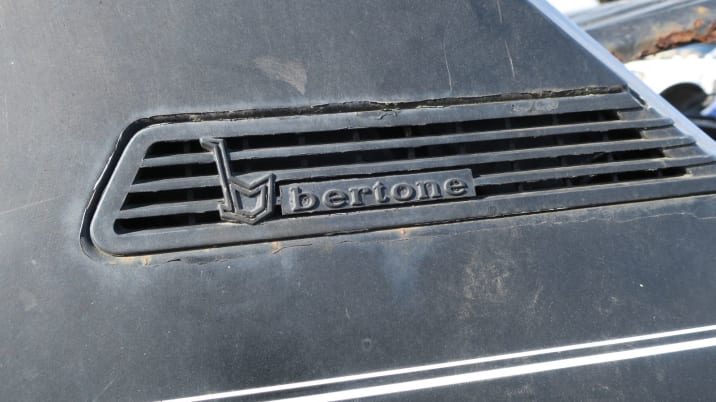 I have put in some time daily-driving an X1/9, back in the middle 1980s, and I recall it being very enjoyable to drive in the city and on twisty mountain roads. It was much less enjoyable on freeway onramps, thanks to the Fiat 128-sourced 1.2-liter four-cylinder engine behind the seats (the X1/9 got a 1.5-liter engine later on). In 1974, this car was rated at 66.5 horsepower. Yes, Fiat claimed the half-horse, just as British Leyland did with the 62.5 hp MGB later in the 1970s. 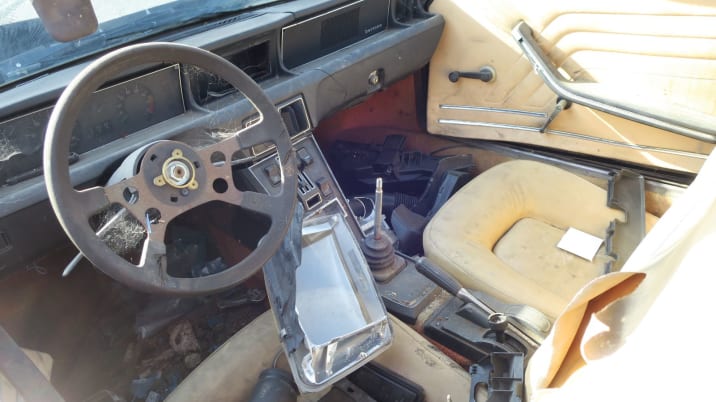 This one is nowhere near worth restoring, though some of its pieces will find new life in nicer X1/9s (or 128s).

Pretty much the same thing as a Lamborghini Countach!