HJ Pizarro
Today is a rainy day. What does a car nut do on a rainy day? After my spouse said I could have some free time, I started to wonder things. Bizarre things. Like, what happened to minivans? In addition to Ford, Chevy, and Dodge, other manufacturers jumped into the minivan pool. Remember the Mercury, Nissan, and Mazda's minivans? They stormed on the scene en masse in the 1980's and 1990's and then seemed to peter out as the crossover craze began taking full effect at the turn of the millennium. Now there are fewer minivan offerings and one in particular seems neglected.

Well, it's still raining. So, I thought I would write down some of my thoughts in that vein.

Today, Honda and Toyota are often seen as the minivan rivals, picking at each other in commercials and one-upping the other with little things, like an internal vacuum cleaner. But, don't forget Chrysler who has always been around in the category (they invented it if you believe their advertisements). So, they are always respected in the field, even though the Grand Caravan and Pacifica arguably aren't up to the Honda and Toyota standards. That's not to say they aren't worthy of serious consideration if you're looking for a minivan, because they are. All the products in this category have become relatively good and are far better in quality than anything from 30 years ago.

There's another manufacturer out there however, making a minivan that is hardly ever heard from in automotive advertising circles. That is Kia. Their Sedona model is one of the most neglected models currently on sale.

The Kia Sedona is a good product, a worthy competitor in the minivan category. It even has lots of conveniences at a price point that should appeal to minivan buyers (thousands less than Honda or Toyota). But, the parent company's limited advertising has not brought the attention to the model that it deserves.

Toyota at least makes an effort to put some swagger into it's marketing campaign for their Sienna. The Swagger Wagon videos are still popular. Toyota has even made an off-road version of the Sienna to keep the Sienna top of mind, even if it is a ridiculous concept that will never go into production. So, what?! It's a fun exercise to keep their product somewhat viral.

Kia, well... does anybody remember anything cool about the Sedona? Hold on... Yes! There was that Photo Safari Sedona back in 2015. The fact that Kia created it almost gave the picture that they were going to do something with it as far as tapping marketing reach. But, it was not to be. There wasn't a video series inviting people to follow Kia as they took the minivan for a photo safari. Or, if there was it didn't become memorable. There was no easy hook up with a photography company. There was no taking pictures of butterflies, waterfalls, or whatever with the Sedona in the background. Yeah, that would have been a killer opportunity. There were also no dune climbing adventures, or any other silly type of outdoorsy things that would have grabbed attention to the debut of this concept. 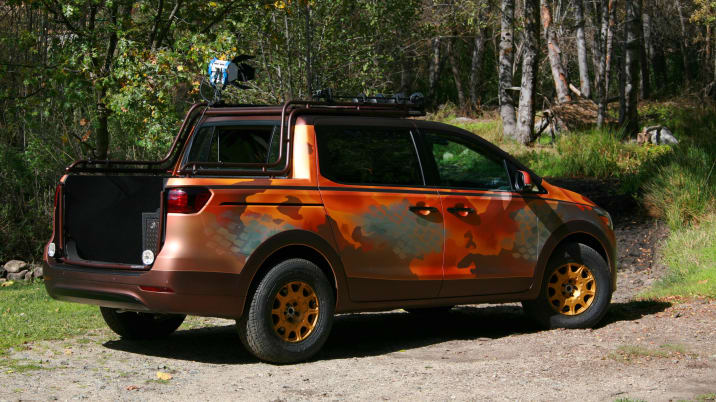 Let's be realistic though. Those ideas are more closely geared for Kia's all wheel drive products. Yet,... It could have been easy enough to incorporate the family of all wheel drive vehicles along with the Photo Safari Sedona in a campaign. I mean, come on It was a minivan with a small pickup bed!

Generally speaking, the minivan category as a whole has been shrinking over the decades. So, the untapped marketing for the Sedona may be purposeful as Kia may already have an exit plan for the Sedona. You know that term, cutting losses? But, I don't know that the Sedona has been a loss. In fact, I would believe the contrary because Kia has kept it around this long. However, if the selling market is truly contracting for minivans, it would not be abnormal for a manufacturer to let the product die on the vine. Look what FCA did with the Dart and 200. It would be a shame though if the Sedona suffered the same fate. Kia proved the platform could incorporate some pick-up truck characteristics in a more fuel efficient package. It's a strange combo, but that's exactly what the manufacturers are looking for right now.

So much untapped potential left lingering. Neglected, but on sale now at a Kia dealer near you.

Maybe it's just time for the owners of Kia Sedona to make their own grassroots marketing campaign. Perhaps that's another bizarre topic for another rainy day?