The drop in sales versus April 2016 came on the heels of a disappointing March, which automakers had shrugged off as just a bad month. But two straight weak months has heightened Wall Street worries the cyclical industry is on a downward swing after a nearly uninterrupted boom since the Great Recession's end in 2010.

Auto sales were a drag on U.S. first-quarter gross domestic product, with the economy growing at an annual rate of just 0.7 percent according to an advance estimate published by the Commerce Department last Friday.

Excluding the auto sector the GDP growth rate would have been 1.2 percent.

Industry consultant Autodata put the industry's seasonally adjusted annualized rate of sales at 16.88 million units for April, below the average of 17.2 million units predicted by analysts polled by Reuters. 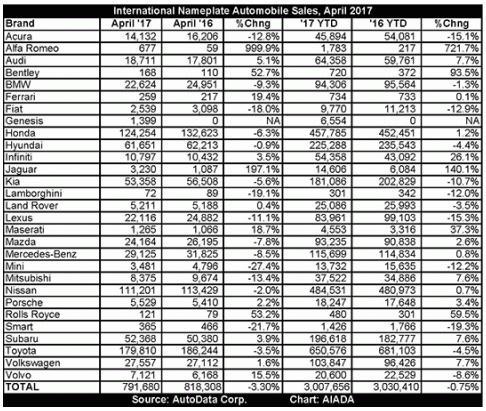 The U.S. auto industry faces multiple challenges. Sales are slipping and vehicle inventory levels have risen even as carmakers have hiked discounts to lure customers. A flood of used vehicles from the boom cycle are increasingly competing with new cars.

The question for automakers: How much and for how long to curtail production this summer, which will result in worker layoffs?

To bring down stocks of unsold vehicles, the Detroit automakers need to cut production, and offer more discounts without creating "an incentives war," said Mark Wakefield, head of the North American automotive practice for AlixPartners in Southfield, Michigan.

"We see multiple weeks (of production) being taken out on the car side," he said, "and some softness on the truck side."

Rival automakers will be watching each other to see if one is cutting prices to gain market share from another, he said, instead of just clearing inventory.

Just last week GM reported a record first-quarter profit, but that had almost zero impact on the automaker's stock.

The iconic carmaker, whose own interest was once conflated with that of America's, has slipped behind luxury carmaker Tesla Inc in terms of valuation.

Sales at Ford, the No. 2 U.S. automaker by sales after GM, fell 7.2 percent in April, while Toyota recorded a drop of 4.4 percent and FCA sales were off 7 percent.

U.S. consumers have increasingly shunned cars in favor of larger crossovers, SUVs and trucks. While automakers posted steep sales declines for cars in April, SUVs, crossovers and trucks were either up or off only slightly.

New vehicle sales hit a record 17.55 million units in 2016. But as the consumer appetite for new cars has waned, automakers have leaned more heavily on discounts.

GM said its consumer discounts were equivalent to 11.7 percent of the transaction price. The automaker also said its inventory level rose to 100 days of supply at the end of April versus around 70 days at the end of 2016.

Recent levels have worried analysts, and GM has promised inventories will be down by the end of 2017.

On a conference call Mark LaNeve, Ford's vice president for U.S. marketing, sales and service, insisted the industry was "relatively constrained" in offering discounts in April.

Toyota's luxury Lexus brand posted an 11.1 percent slide. U.S. car sales at the Japanese automaker were down 10.4 percent, while truck sales were up 2.1 percent.

Honda Motor Co Ltd reported a 7 percent decline in sales in April, with cars off 7.4 percent and trucks up just 0.8 percent. 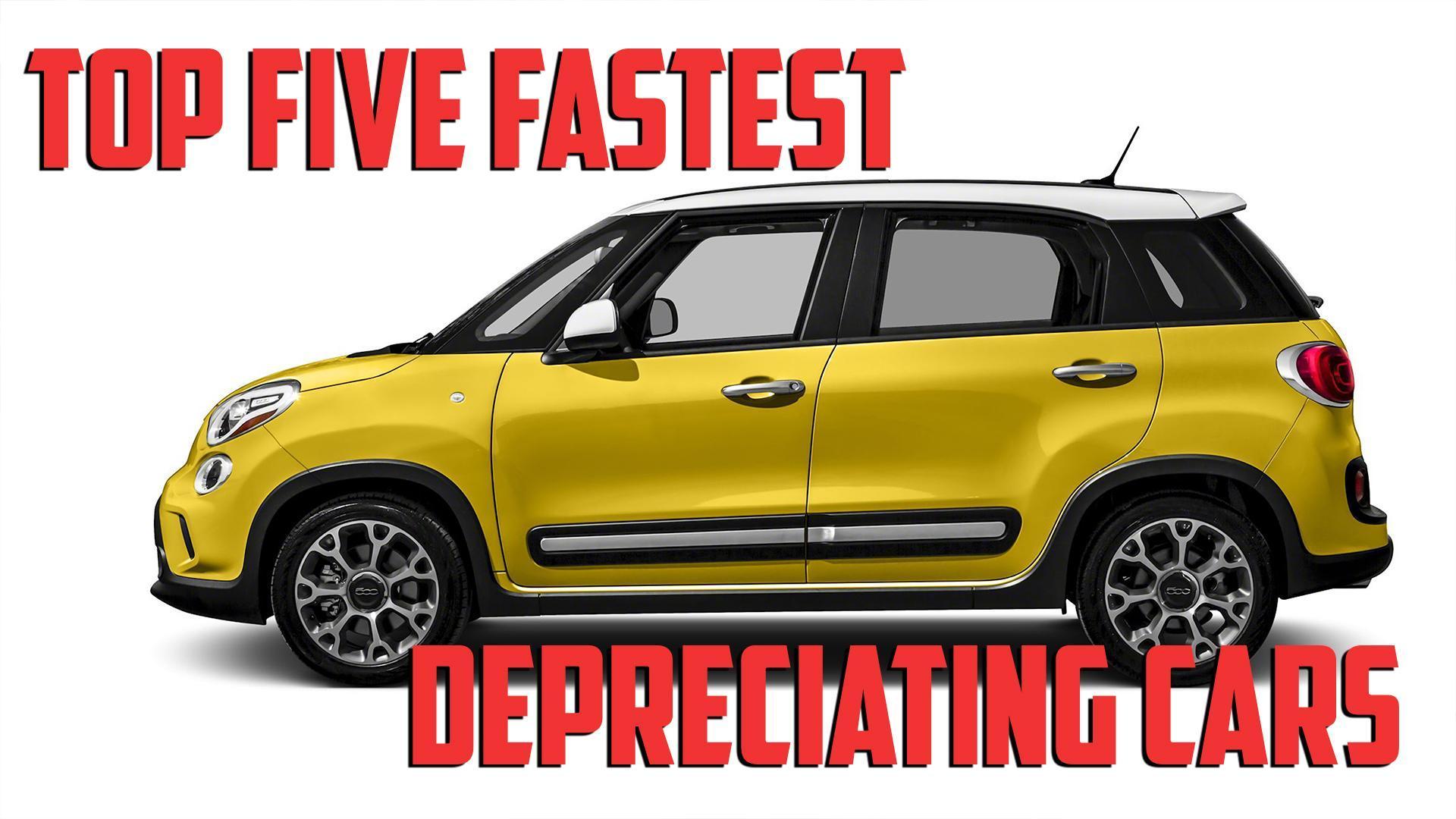