The build quality on this homemade convertible is better than usual.

You know how it goes— the weather is warm, you want to do some top-down driving, and you lack a proper convertible... but you do have a hooptie Detroit car on one side of the garage and a big ol' Sawzall on the other. Put the two together and you have a Sawzall Convertible, which generally lasts for about one summer before it gets scrapped. Here's a fine example of such a car, photographed in a San Francisco Bay Area self-service junkyard. 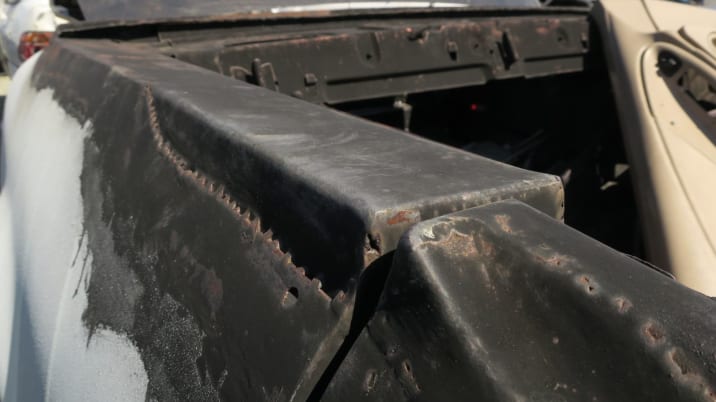 Most Sawzall Convertibles (yes, it should be called a roadster, but nobody does that) have raw, ragged metal edges, or maybe duct tape over the stumps of the amputated pillars, but someone went to the trouble to weld nice smooth metal covers over the hackage on this one. 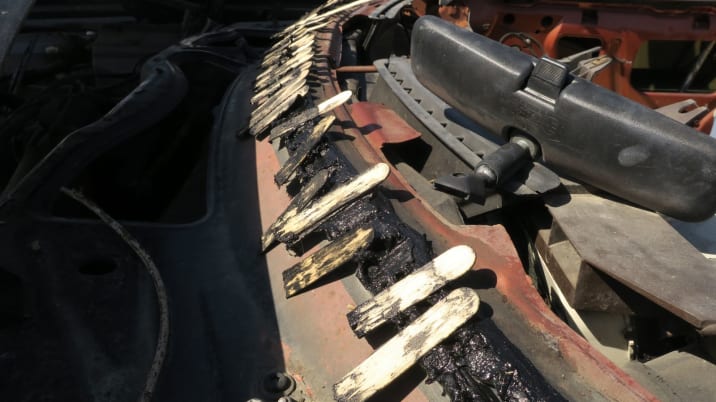 The windshield is gone. Instead, the windshield frame is ringed by tongue depressors held in place by gooey roofing tar. No, we don't know why. 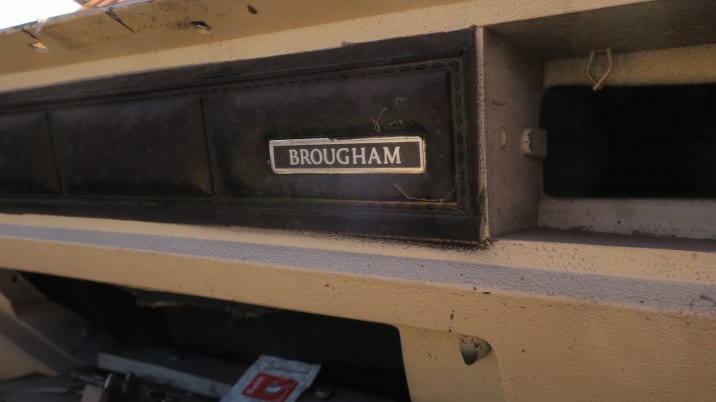 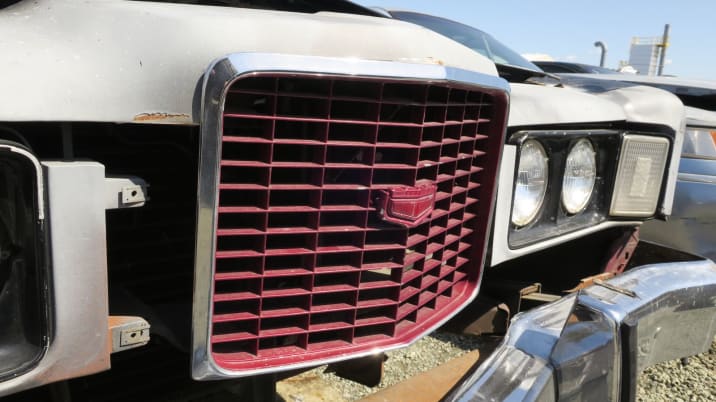 It must have been fun, cruising this thing on Bay Area streets with no roof and a rattle-can spray-bomb job. 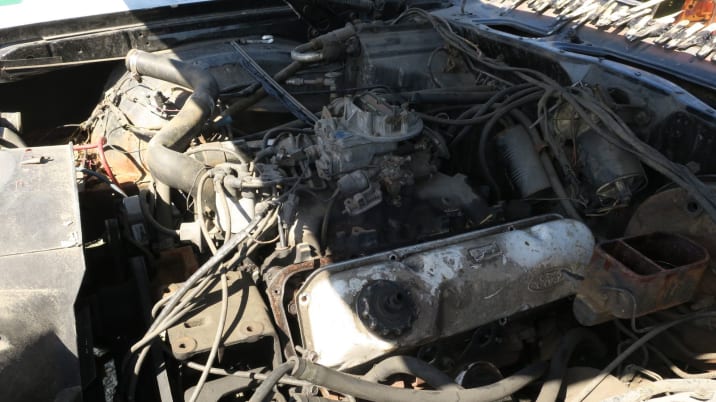 This one has the optional 400-cubic-inch V8 engine, rated at 171 horsepower. What would this car's original buyer have thought of its fate?

It's like a Marquis Brougham after you squish it in the car crusher!