Alex Kierstein
When you build a car, there are three groups of people that matter – a love triangle, if everything goes well. There are the marketers who figure out how to sell what the carmaker builds, the critics (read: us) who leverage our experience and knowledge to grade the thing, and then there's the buyer. The latter is by far the most important to a car's success, or failure.

To understand the challenges facing the FT-4X (if it eventually becomes a production model), you need to understand what happens when things get misaligned between these three groups. Maybe the famous Pontiac Aztek comes to mind – it was notoriously the product of the marketers who obstinately insisted that the vehicle would work great for the target demographic. Critics and buyers both panned it; sales fell woefully short of the target, and it shuffled into its punchline afterlife.

But the most relevant lesson that Toyota should pay attention to is that of the Honda Element. While the Aztek only got one out of three, the Element nailed two groups. The Element was a soft-roader marketed towards young, active folks, and the marketers thought they had 'em pegged. So did the initial critics, who couldn't believe how outstandingly utilitarian it was without being a total drag to drive. 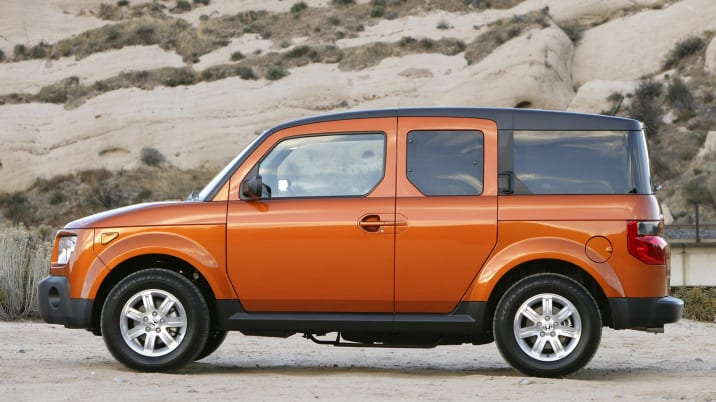 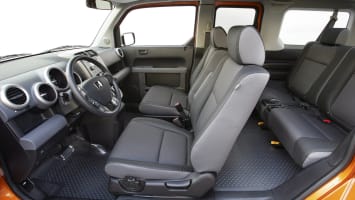 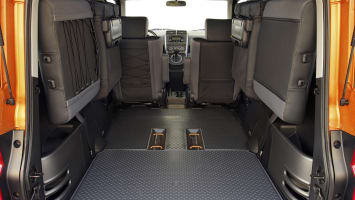 The catch is that it never sold all that well. Honda got the demographics wrong, and the critics missed the marketing issue and focused on the product's charms. The Element's buyers skewed older and female. The crossover's practicality won out over its cool factor, to a few. But the youthful outdoorsy types didn't buy it, and no other demographic was targeted effectively. That doomed a good crossover to an early death – despite the cult following the Element has even today.

So let's get back to the FT-4X, and we see trouble brewing for Toyota's marketers continue down this path. Every third word in the materials Toyota provided us seems to be "Millennial", and those Millennials don't come off looking so great – a buyer that doesn't seem to be able to plan a real getaway out of the urban environment that the FT-4X is expected to dwell in. "Millennials are fond of the outdoors, but operate almost always indoors. They enjoy venturing into to new neighborhoods and national parks, but hardly plan ahead."

Jeez, dad. Chill with the judging. Spontaneity isn't the same thing as a failure to plan. And in a world where "authenticity" seems to matter a lot, the suburban park adventures that Toyota's materials resign Millennials to seem kind of bogus. Maybe that's the reality for young Bay Area professionals, but isn't the fantasy more appealing? Pretend the FT-4X could take you to a week-long, epic rockclimbing adventure in Moab – even if the furthest afield it ever goes is a picnic in Mission Dolores Park.

Everyone wants a vehicle that projects youthfulness, but pretending that only young adults will buy it is a fantasy.

And even outside of the sort of judgy picture Toyota paints of Gen Y (or whatever you want to call them – how about young adults? What's wrong with that?), there's the pitfall of marketing a vehicle like this to a young audience. Maybe seeking a "casualcore" audience rather than an "xxxtreme sports" demographic is an attempt to hedge a bit, but the Element parallel is still strong. This is a small, versatile soft-roader with an inherent practicality. A production version is surely going to appeal to the same sort of non-targeted buyers the xB, Element, Subaru Crosstrek, or numerous other lifted hatchbacks do.

They'll want a useful, utilitarian vehicle at a reasonable price, and they only need the faintest whiff of off-pavement posturing. They're not strapping a surfboard to this thing or Snapchatting about their beach bonfire, they're commuting or bringing home a new kitchen table. Ignore them and chase a fantasy, and it's Element all over again.

Everyone wants a vehicle that projects youthfulness, but pretending that only young adults will buy something like this is a fantasy. It's a delicate tightrope to walk, but if Toyota wants a production version of the FT-4X to succeed, it'll have to figure out the formula ... or the buyers won't show up.

Our advice? Focus on fun, quirky utility, and stop using the world "Millennial" – at least outside of internal powerpoint slides. Consider successful and broadly inclusive marketing of the past. The original Beetle was youthful but the marketing was universal. And the "You'll Meet the Nicest People on a Honda" campaign changed how Americans perceive motorcycles. These campaigns put product first, not demographics. It's not the obvious play, nor an easy one to pull off, but it's the best bet.
X