Joel Stocksdale
This week, Ford revealed its new Fusion hybrid-based Responder police car. While it isn't the first hybrid police car, it is the first to be pursuit-rated. Last week, it revealed a new police Expedition and updated F-150. To celebrate, Ford also launched a video, above, showing the evolution of its police vehicles through the years.

The video, embedded above, starts with the first factory police car the company offered, a modified 1950 Ford Fordor sedan. From there, the video shows how Ford's police cars steadily became more powerful, starting with a 125-horsepower V8 model in 1952, eventually leading to a 429 cubic inch V8 in the 1971 Galaxie. According to the video, that engine made over 400 horsepower.

Police cars from more recent times also make an appearance. The 1982 Ford Mustang SSP gets a mention, along with its 5.0-liter cop engine and cop suspension. The 150-mph Crown Victoria and the twin-turbo V6-equipped Taurus-based Interceptor are also included. There are some gaps in the timeline's lineup, especially in the 1960s, but the video is still pretty cool and worth a watch. 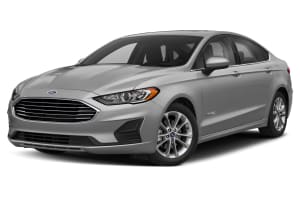