Nissan creates the Rogue Dogue, a crossover dog owners will be begging for

What good features for what a good boy.

If you clicked on this story, you probably like dogs too. Who doesn't? (That's a rhetorical question, cat people.) It seems Nissan is big into canines these days as well, as it has followed up the Canadian X-Trail Dog Edition concept with this, the Nissan Rogue Dogue Project Vehicle.

Nissan says 83 percent of 400 dog owners surveyed agreed that it's just as important for their dog to be safe and comfortable in their vehicle as human passengers. We'd like to meet those other 68 people. And take their dogs away.

This special Rogue crossover is a variation on the same theme. Puppy-friendly features include a pretty standard dog taco/hammock for the back seat, leash anchors there and in the cargo area, full quilted padding, heating vents, and a dog bed. Ramps pull out of the cargo floor to help dog ingress and egress, and there's a passthrough to let the dog go from the back to the rear seats. A removable divider (with #roguedogue cut into it) keeps the doggies on the right side.

Want to wash your pup off before getting back in the car? There's heated water onboard, a hose, and a neat around-dog sprayer attachment, plus a blowdryer hose. It's all seen here being demonstrated on a very patient (and very adorable) yellow lab.

The rear compartment also features a foldout food/water bowl station, attachments for the water and blower hoses, and a bag dispenser for dealing with your pet's waste products. (We'd suggest a separate compartment to hold full bags. Maybe on the next dog concept.) There's also a dog first-aid kit and a custom keychain. The project was handled by Fast & Furious car coordinator Dennis McCarthy, who apparently is a dog person. The exterior of this one-off concept is standard-issue Rogue; it will be on display at this year's New York Auto Show along with a much less subtle reinterpretation of the Rogue.

So it's neat, but not something Nissan is selling, at least not yet. But we have a feeling some more dog-friendly features are on the horizon for Nissan's crossover and SUV lineup. And yes, we too lament the lack of a Doge tie-in here. Many feature, such woof. 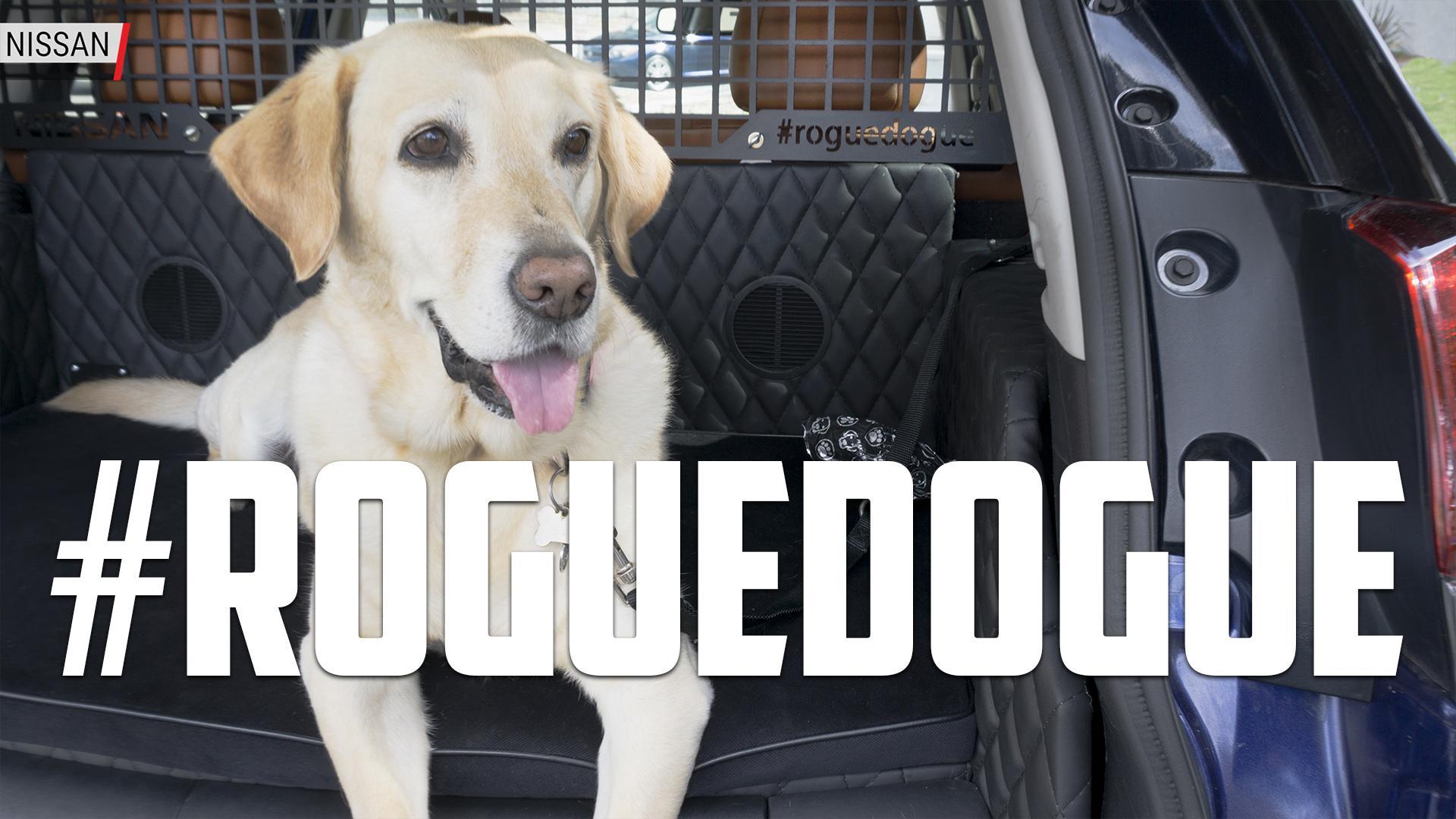