John Beltz Snyder
This week, Tesla released the latest software update for its vehicles. Version 8.1 allows Autosteer to work at up to 80 miles per hour, contains user interface updates, and brings back some earlier features from Autopilot 1.0. The download also includes an Easter egg, which Tesla CEO Elon Musk revealed on Twitter on Wednesday afternoon.

Tapping the "T" logo on the touchscreen three times turns the infotainment system into a virtual sketchpad, allowing owners to create their own artwork on their center console. Once the work is complete, in-car artists have the option to submit their masterpiece to Tesla – the options are "No, the world isn't ready for my art," and "Yes, I am an artist!"

Shortly after revealing the hidden feature, Musk returned to Twitter to share his favorite submissions. One is respectable sketch of the "Mona Lisa." The other depicts a flatulent unicorn, which is a copy of the art on Musk's favorite coffee mug, and a joke about electric vehicles running on magic.


Easter eggs have been part of the fun for Tesla owners and fan alike, particularly catering to the geek crowd. Previous hidden gems reference "Spaceballs," " The Spy Who Loved Me," " The Hitchhiker's Guide to the Galaxy," and " Mario Kart." 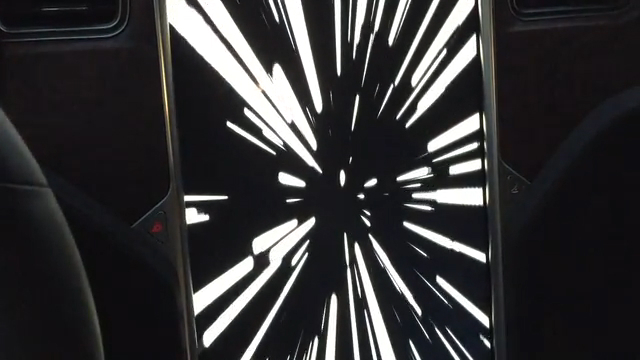