They include a tiny Peugeot, a 911 Turbo, and an off-road Wrangler.

Joel Stocksdale
Lego has been quite good to car enthusiasts over the past few years. We've seen traditional kits for the classic VW Microbus, Mini Cooper, and the Caterham 620R, as well as an elaborate Technic kit for the 911 GT3 RS. But why stop there? The Lego Ideas page, which allows users to submit ideas with the chance to see their kits reach production, has many more cool car kits we'd love to see. Check them out below, and be sure to log on to vote for them. If a submission hits 10,000 votes, it is considered for production. That's how we got that Caterham kit, so it's worth your time to show your support. 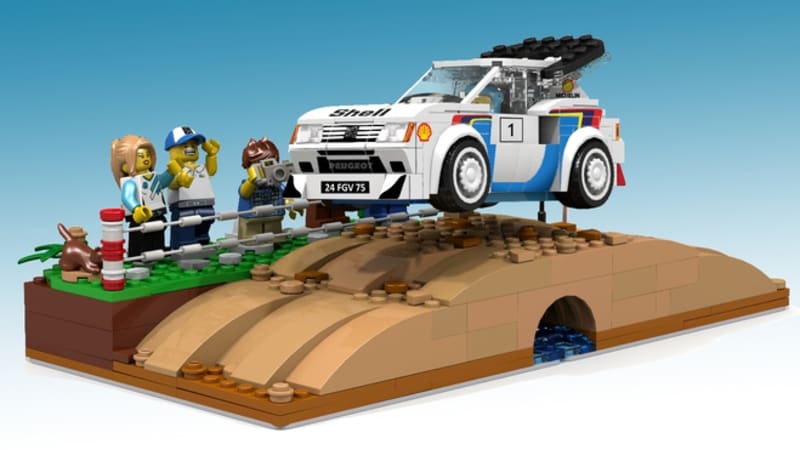 This is a submission aimed at becoming one of Lego's Speed Champions kits. These are very small mini-figure scale car models, and the series has included the Ford GT, Audi R18 Le Mans racer, and more. This kit features a tiny version of the Peugeot 205 Turbo 16, a Group B rally racer that gave Peugeot World Rally Championship titles two years in a row. The kit has a well-executed version of the car and its massive rear spoiler on the hatch. It also comes with a big dirt crest for it to fly over, along with amazed spectators on the sidelines. 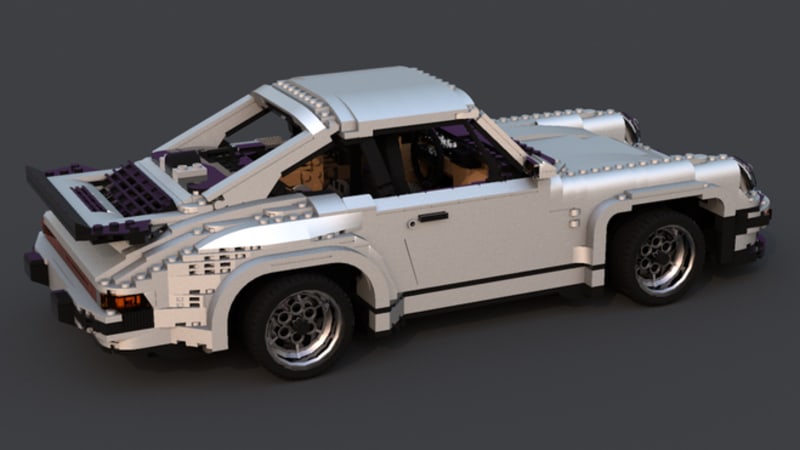 We love the GT3 RS Lego kit, but we think it's a little lonely as the only Porsche kit available. Such an impressive Porsche deserves an impressive companion, like this 911 Turbo. It's the 930 version, which is arguably the most famous classic 911 with its turbocharged power, whale-tail wing, and scary driving dynamics thanks to considerable turbo lag and rear-engine handling characteristics. This model is quite large at 1:10 scale, and comes with a detailed interior and exterior. The best part is the remote-control components underneath that allow the car to be driven. 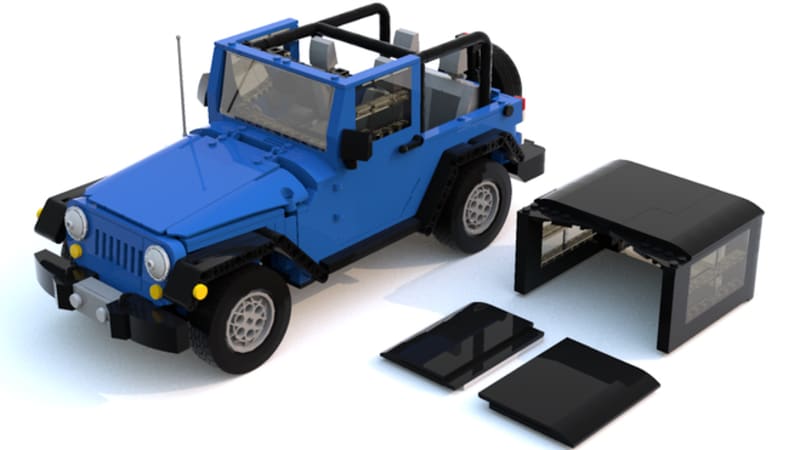 Moving off the beaten path again, we have this highly detailed Wrangler kit. Actually, we have two kits, as the creator designed both two-door and four-door versions. They both feature removable hard tops, detailed interiors, and big tires. They also come with an assortment of off-road accessories such as auxiliary lights, an off-road jack, winch, gas can, roof rack, and off-road bumper. You can also find various fluid reservoirs and engine details under the opening hood.