A beginner's guide to plowing snow with a heavy-duty truck

I live in a desert, so the only things getting plowed around here are mud flows and brewer neighbors. But I enjoy machinery and haven't plowed any snow since a "loaded" truck meant one with A/C and a CD player, so I jumped at the chance for a plow primer in a Ram HD on a Canadian airfield.

Running a plow is like welding – the basics come quickly but experience pays dividends. The first thing to deal with is a frequently changing horizon because, stout as they are, even three-quarter-ton heavy-duty trucks will move up and down in front considerably with a 600-to-800-pound plow hanging off, and fast plow hydraulics rival some low-riders for bounce effect.

Getting going is easy unless you forgot blocks and the plow froze to the ground, rookie. If you have to drive to your plowing assignment, blade height needs some experimentation to find the best cooling airflow; if you think sub-freezing temperatures negate that concern, remember you've installed what amounts to a 20-square-foot air brake up front that the truck has to overcome, and blowing snow could block some cooling air passages. Whether it's a "straight" blade or V design, always have it tilted to the right lest you catch a hidden post, solid mailbox, or edge of a snow bank. Most plow operators I spoke to rarely exceed 45 mph in transit because of cooling, front suspension travel, and common sense, and you should go even slower if you don't have some ballast like chains, extra fuel tanks, or a salt spreader to balance the load on the back. With trucks' relatively slow steering and all that weight up high, oversteer is best avoided. 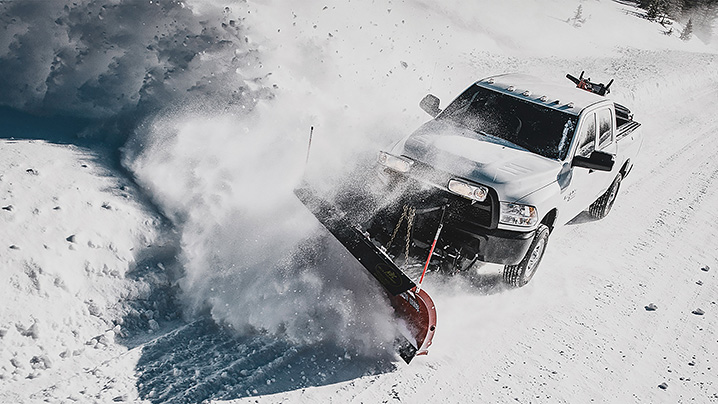 With a little clean space to get a run, stick it in Drive to gather momentum and lower the plow simultaneously to float, where the weight of the plow rests on and lets it run along the surface. Momentum is good until you hit something you didn't know about, at which point the plow's breakaway systems limit damage but your truck could still hit something big; caution never hurts. Start out at 10 to 15 mph, depending on consistency and depth, making a clean wave off one side. If you have to push it straight, as you slow coincidentally raise the blade at the bottom of the pile to shove it up higher. Carry too much speed here and you'll stop with an unceremonious thud.

Common mistakes cited among a few experts were people pushing banks of snow rather than plowing it, and rushing the shift between Drive and Reverse, throttling up before the shift is completed. Those who preferred a manual gearbox said it was because they go from forward to backward faster than many electronically controlled automatics, but personally (and all my wheels are manuals) I'd have a hard time shifting, steering, and running the plow remote with just two hands. Either way, wheel spin is to be avoided because just like when four-wheeling or racing on different surfaces, a spinning tire suddenly finding traction is most likely to break something.

If you want to recover the plow equipment investment, recent earning averages are $125–150 per hour, but there are plenty of variables like surface composition, inclines, straight or winding road, and snow. On the other hand, if your subdivision is full of crossovers and hybrids keeping toasty in their garages and needs four to six inches removed once a week for twelve weeks a year, payback will come before your warranty expires. For even better revenue generation, add a sand/salt spreader on the back and make money coming and going. 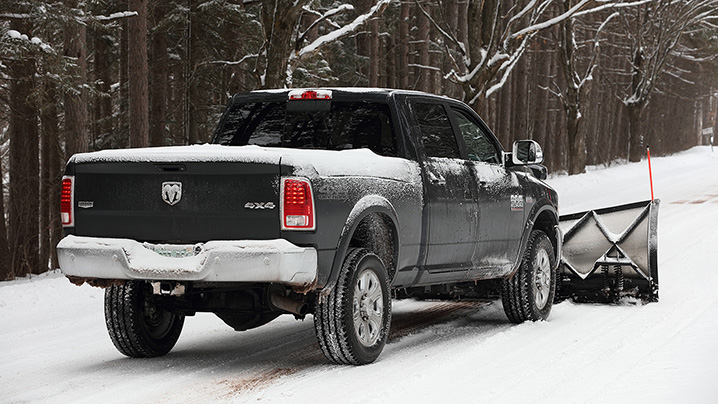 A single-rear-wheel heavy-duty pickup is likely to offer the best maneuverability but some trucks are better than others. Turbodiesels have plenty of torque, but a gas engine is often faster to start and warm up, they save hundreds of pounds in payload and front-axle capacity that might decide for you, and the cost savings would cover a typical, complete seven-to-eight-foot plow package. The 6.4 Hemi's 410 horses and 429 pound-feet of torque proved more than capable matching an eight-foot shovel against a few inches of snow. Deeper or wetter stuff might have required low range or a narrower cut, but if this isn't enough power you picked the wrong size plow. Beginning with a full tank helps too – lots of idle time, significant throttle and sub-zero temps left our truck showing 3.9 mpg. Not bad considering we usually get 1.5 to 2.5 in sand with no plow around.

Factory plow options are money well spent, and so is as much alternator capacity as you can get: Peak plow loads of 250 amps aren't unusual and you'll be running most of the electrics the truck has, and a few added ones like a roof beacon. Some heavy plowers do a mild front-end lift, with the desired result a level truck with plow and load on and enough height preserved that the plow can be lifted above curbs and sidewalks lest you need to backdrag off them. In my expert survey, those who used all-terrains rather than winter tires had a major preference for Coopers.

This Big Horn 2500 spoiled me with a quiet cabin; dual-zone climate control; heated mirrors, seats, and steering wheel; and a simple five-button Boss plow remote. I'll remember that if climate change reverses and it snows in my desert. 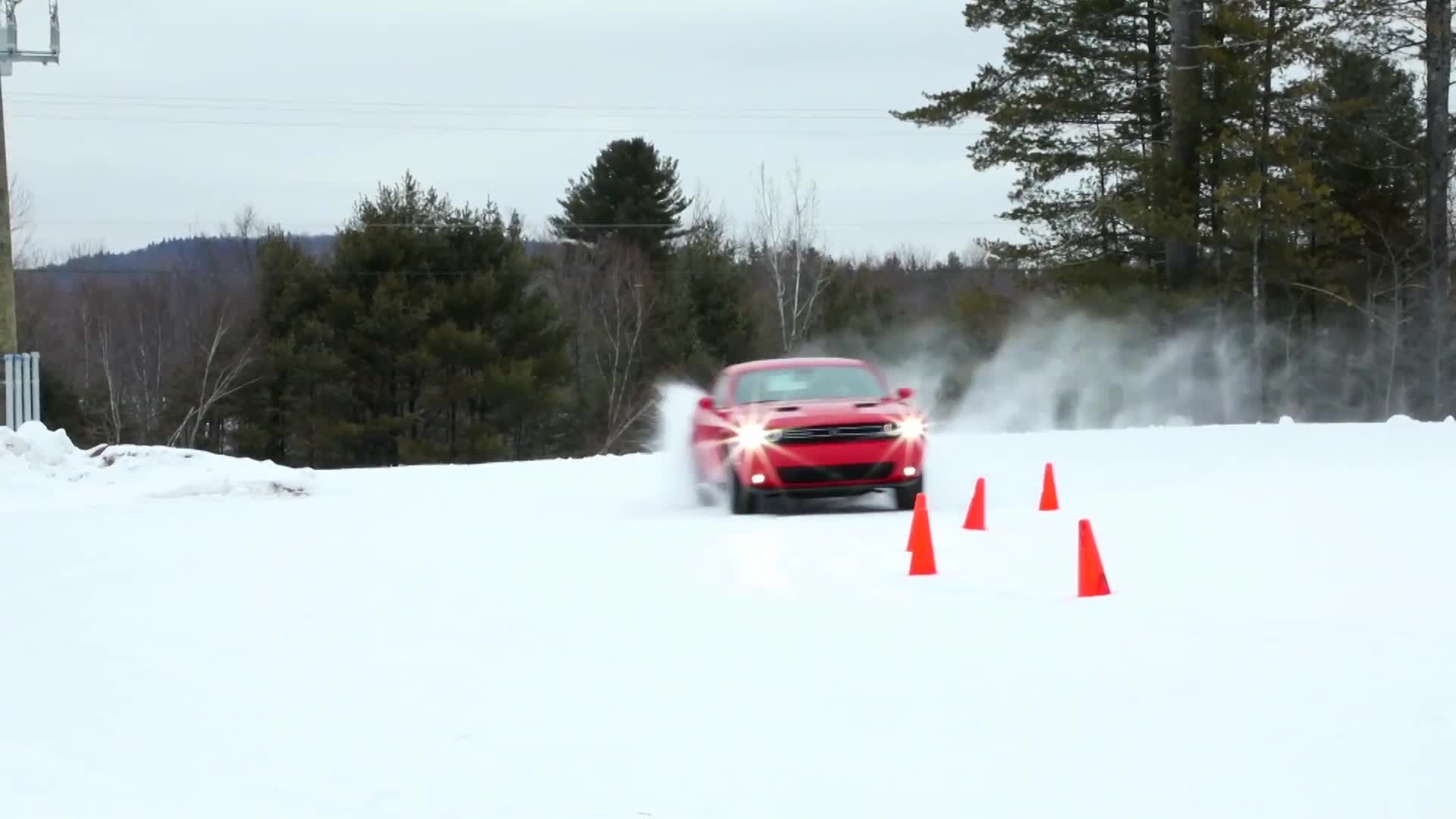