Lamborghini Huracan Performante's active aero is the secret to its speed The most revolutionary real technology at this year's Geneva Motor Show didn't look like it on the show stand. If you squint at the Lamborghini Huracán Performante, it merely looks like a Huracán with a big wing. Up close, you can see the fractal texture of the forged-composite aerodynamic add-ons, but that still doesn't tell you why this car is so special.

Lamborghini calls it Aerodinamica Lamborghini Attiva (ALA), or active aerodynamics. This is one of the biggest keys to the Performante's claimed production-car record lap time at the Nürburgring Nordschleife of 6 minutes, 52.01 seconds. The Huracán Performante's number is not without controversy, but I personally care very little about the obsessive phallic-measuring contests that are 'Ring lap times. What's fascinating about the Performante is that, if the lap time is even close to legitimate, it shows that ALA is a major step forward in automotive performance. 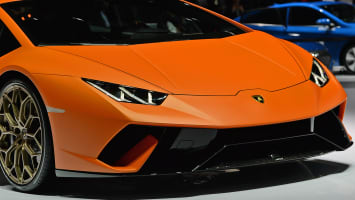 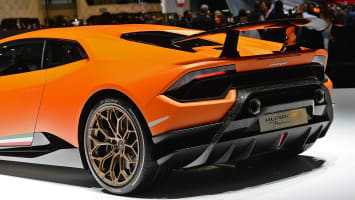 More than just lap times, the Huracán Performante is an example of why Lamborghini remains special in a world of democratized performance. We sat down to discuss this with Lamborghini's Research and Development Director, Maurizio Reggiani. And one last note on the lap time: Reggiani says with the same temperature and exclusive access to a dry track, "that in this average of speed we can repeat, repeat, repeat, repeat."

In previous conversations, Reggiani said that the key difference in performance would come not from horsepower, but weight reduction. For Lamborghini, that means plenty of carbon fiber. But the newest Huracán is not a Superleggera, the old title for the hardcore variant. "Superleggera is too much an objective, a description. Performante is really the DNA of the car. In Italian, Performante means really the best performance," he said. 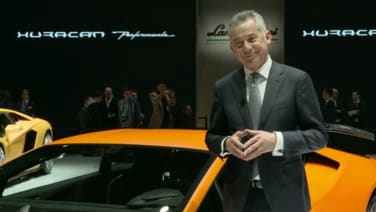 Reggiani continues, "Nothing happened by chance. It's really a building-block approach where you say this can give this contribution, this can give that. Where can you improve something and what is needed to improve something?" That brought them to the active aerodynamics solution, which channels air to stall the front or rear aero elements of the car to change the downforce and drag. Reggiani says, "This can be achieved only with a system that is really light, [has] fast responsiveness. Based on this ... we engineered this new concept of the ALA, that is active aerodynamics where everything is not achieved from the movement of a spoiler or lip or some other point, it is only by blowing air inside the duct, inside the wing. And based on this you are able to move from one condition to the other condition really instantly. When you want it, it's ready."

Active aerodynamics are nothing new. Exhibit A: countless Porsche owners who leave the spoiler up in the high-speed position at all times. And McLaren cars, for example, use their movable rear spoilers as an air brake to aid in extreme deceleration. The trick with the Performante is that it's not moving the aerodynamic elements, just the way the air flows around them. Both the front and rear of the car have an air duct with a small throttle that directs the flow so that the front spoiler and rear wing are either working to full effect, or essentially cancelled out. See the video below for more explanation.
The Huracán Performante adds another dimension by altering the side-to-side downforce of the car. There's a duct for each side of the rear wing, so that one side can be put into stall while the other side still has downforce. As Reggiani explains: "It means we are able to create much more friction, much more braking in the inner wheel and create this spontaneous cornering of the car to reduce the steering angle, giving much more agility in high-speed cornering. And also this is a way to use aerodynamics in the most intelligent way."

To expand on the benefits of ALA, Reggiani compares it to torque vectoring, which "is one marvelous solution, but [it] is really heavy, complex, and so the reason we made the aero vectoring is because I don't have [to add] additional weight. I use all that is available. I use the flow of the wind."

Ideas like that are what keeps Lamborghini special when, for example, the Huracán shares parts with the Audi R8. It's a result derived from sound engineering philosophy. "Our job is to look where there is space for improvement and to increase," Reggiani says, adding that if you only look at a problem in terms of how to solve it, "sometimes you create a castle on a small mouse. The work of engineering in a super-sport car field is to really reach a solution that does not destroy the vision of the project."

And it's clear that we'll see more innovation from Lamborghini that separates the raging bull from other brands if Reggiani has any say in it, and he does. "A super-sport car must use smart ideas. If you look at the best innovators ... everybody reaches in some way, something that is really super smart and is able to be better based on solutions that are present in the world but you don't see, or you're not thinking that can be applied. I don't know what will be possible, but still we must work at this for the future."