Joel Stocksdale
Once again, southern California has become host to an unauthorized off-road stunt around public roads. A little more than a year after a man ripped through San Diego in a buggy, we now have a man who jumped a freeway with his motorcycle. The video was originally posted by Instagram user kyle_katsandris. On the page, the user has posted other photos and video of, presumably, his motorcycle stunts. However, the other jumps seem to take place in an off-road park, rather than on or near public roads.

The key board warriors were out in full force. Where are you now #katsandrisleap #nolimits

In the video, seen above, the rider powers up an embankment leading to the freeway, and sails over traffic on his way to a smooth landing on the opposing hills. In the video, no one was hurt, but we don't condone these unauthorized stunts that takes place in such close proximity to traffic. The stunt has attracted the attention of local law enforcement, too. According to CBS Los Angeles, both the California Highway Patrol and the Riverside County sheriff's department have launched investigations. We also reached out to the sheriff's department, and its media bureau told us the they haven't conclusively identified the rider but that "he or she could face county ordinance violations and possibly trespassing."

At the time of publishing, we're waiting for additional details from the department. This rider might come out of this better than the driver of the buggy in San Diego. His significantly more dangerous exhibition netted him 26 misdemeanors, including counts of reckless driving and exhibition of speed. 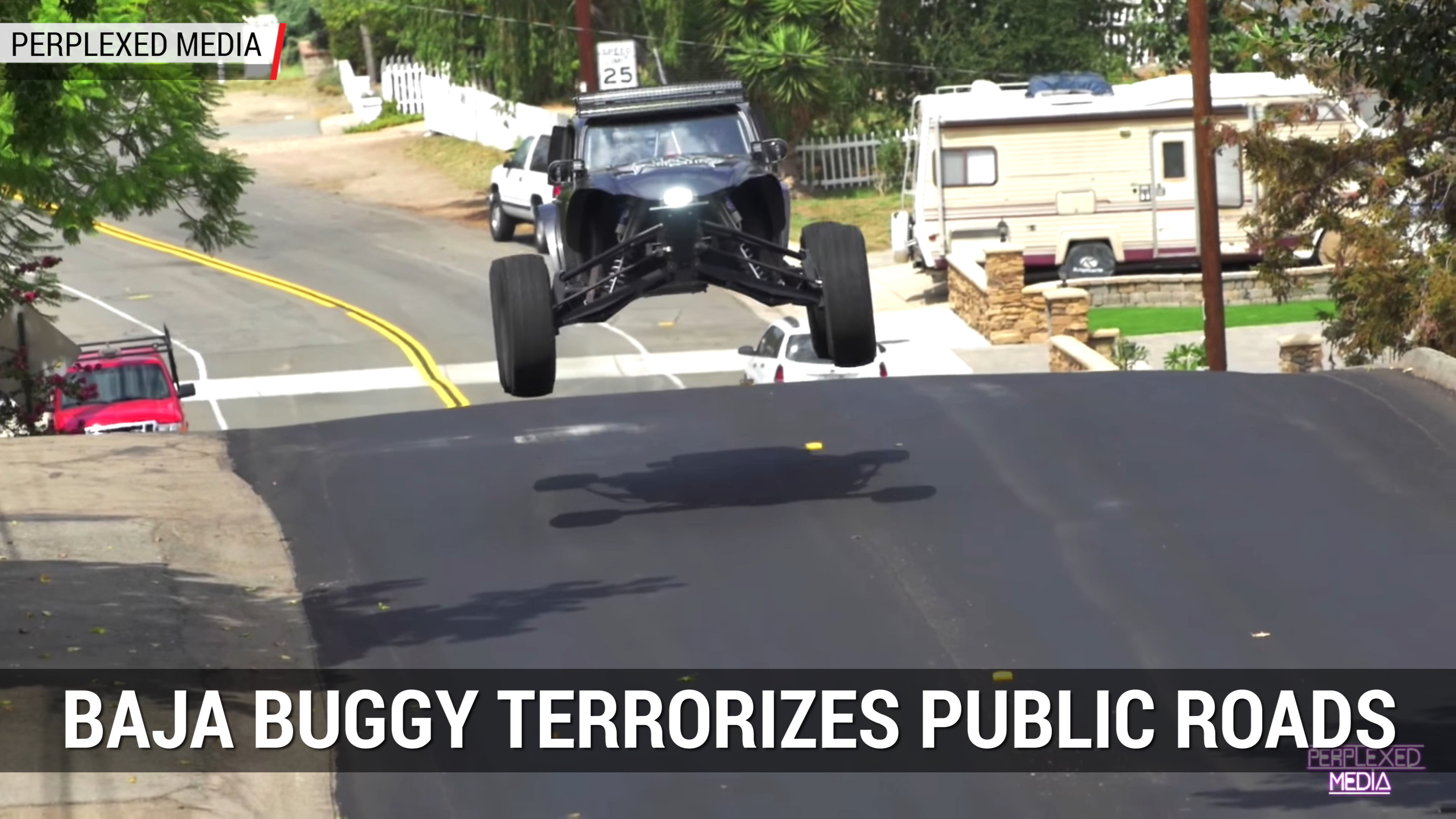