It seems Ford might have another version of the GT coming soon, and the secret lies in the owner's manual. There are two places that mention a "competition series" model, and the main difference has to do with the rear hatch. Reading the tea leaves, this yet-to-be-announced variant seems to be focused on reduced weight.

We first caught light of this from the DragTimes YouTube channel. We took a look at the owner's manual ourselves, which you can see here, and sure enough, there are two places where the competition version is mentioned.

Page 42 of the manual is where this other GT competition series first crops up. Apparently, it uses a slightly different key fob that lacks a remote hatch release, as well as the "key-blade" inside the fob for manually opening the rear hatch. The reason you might need to do this is if the battery dies and you need access to the manual door releases inside the engine bay. 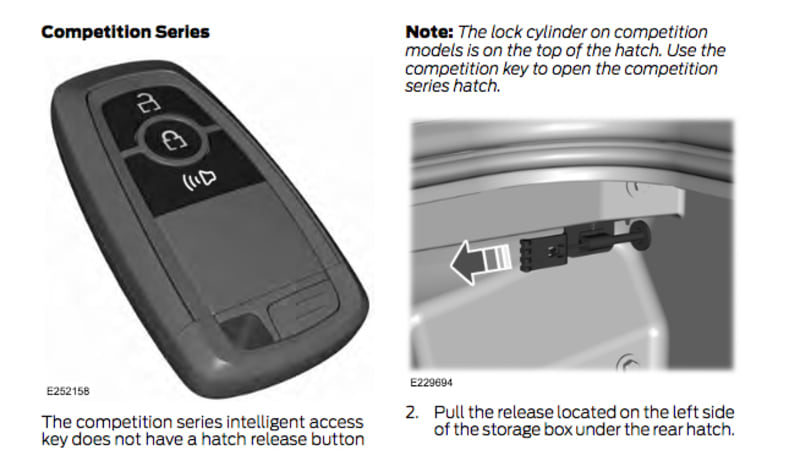 The reason the competition GT doesn't have those features on the fob is because the rear hatch is fastened with a locking AeroCatch-style hood-pin latch. So instead of a fob with a key and remote hatch button, Ford simply provides a traditional key for the external latch. We also noticed that the latch system illustrated here is different from that found on the GTE race car, further supporting the idea this is a new type of GT. This is all explained on page 149 of the owner's manual, which also provides details that indicate the competition model could be a lightweight variant. 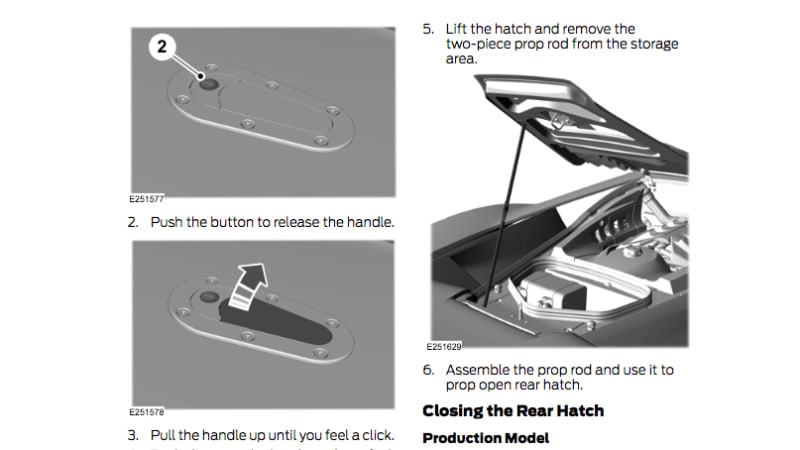 The manual shows that another characteristic of the competition GT is that the rear hatch won't hold itself open. Whatever struts or tensioners Ford used to keep the standard hatch up have been removed in favor of a surely lighter two-piece prop. The prop stows in the small cargo area behind the engine bay.

We've reached out to Ford for information regarding this possible competition model. At the time of publishing, we haven't received a response. We'll update this post as soon as we hear more.