Audi updates the RS3 hatch to sedan specs, but we still aren't getting it

As great as the upcoming Audi RS3 sedan looks and sounds, we're still a bit jealous of the Europeans and others who get the five-door Sportback version. And now even more so, because for 2018 the RS3 Sportback is being updated to match the specs of the RS3 sedan that debuted last fall at the Paris Motor Show.

We'll see the revised extra-hot hatch next month in Geneva. Even though we haven't had a chance to get behind the wheel of either model, the raw numbers alone get us excited. An updated Quattro all-wheel-drive system, a 400-horsepower turbocharged inline five-cylinder engine (up from 362), and a seven-speed dual-clutch transmission will send the 2018 RS3 hatch from 0 to 60 mph in 4.1 seconds. That puts it in Porsche 911 and Chevrolet Corvette territory.

Other improvements include a wider track to fit wider rubber, a lowered and stiffened suspension, and a larger set of brakes. Carbon-ceramic front rotors will again be available, like they are on the sedan. Inside, the RS3 comes with a boost pressure indicator, an oil thermometer, and a lap timer. Audi's Virtual Cockpit fully digital instrument panel is available as an option, and one we highly recommend.

Aside from all of the performance and tech upgrades, the RS3 has a number of changes to the interior and exterior design. Black Nappa leather sport seats are standard, with special contoured RS sport seats available as an option. Lighting elements have been updated to match those of the restyled A3 and S3, the front fascia has been sharpened, with larger intakes on the bottom corners of the bumpers, a slightly more aggressive front splitter, and the Quattro logo emblazoned on the bottom of the grill. Out back, the car gets two large exhaust tips compared to the S3's four outlets. The overall design is typical Audi: handsome, but conservative.

The RS3 sedan goes on sale in Europe in April with the Sportback following soon after. We'll have to make do with the sedan version, which is expected to arrive here next year. The only Sportback model Audi offers here from the A3 family is the plug-in e-tron model, and we don't expect that to change any time soon. But we can dream. 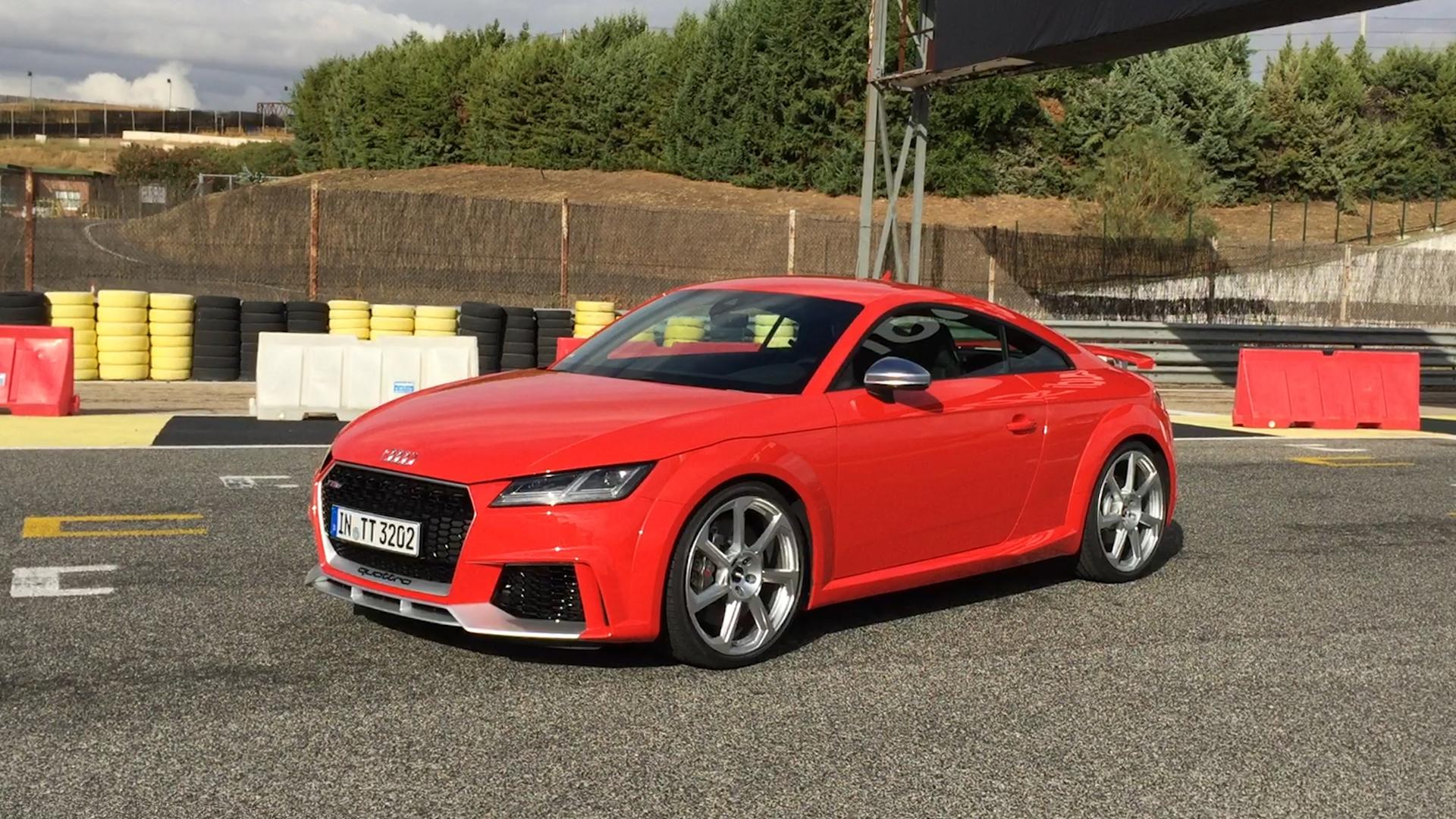