Tesla drivers can now see if Superchargers have open spots 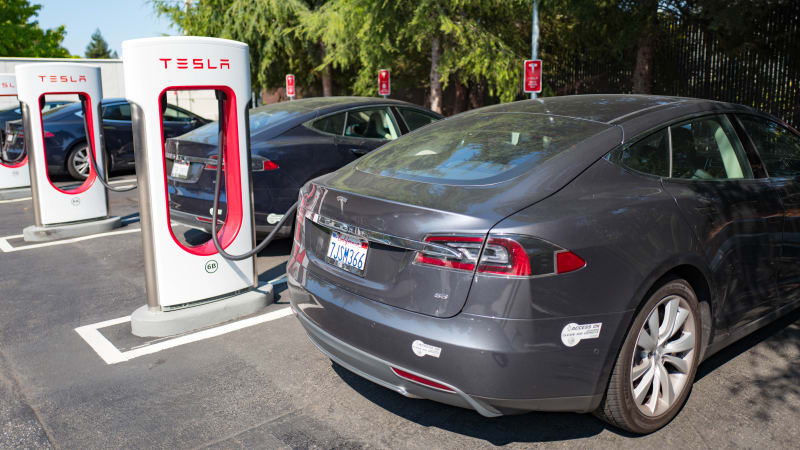 Despite the ever-increasing availability of charging stations around the country, EV owners are still often fighting over a few open spaces. And even with Tesla's Supercharger network, charging takes more time than filling a gas tank so inconvenience last longer than most people can wait. In a recent update, Tesla introduced "Live Status" updates that will let owners how full a Supercharger station before they ever pull up.

EV charging courtesy is still evolving, and some owners still take up a spot after reaching a full charge that could be utilized by someone else. Because the number of EVs has quickly outstripped the number of available public charging stations, the problem is destined to get worse. In December, Tesla announced idle fees that will be charged to these Supercharger squatters. What that provided some relief, there were many wondering why live updates weren't available as fees didn't solve the problem of rolling in to find a packed station.

With the new update, the in-car map of Supercharger stations now shows a bar that grows as more and more spots are filled. The feature was first reported on the Tesla Motors Club forum and The Drive, where users were posting photos of the new feature. While the system is a massive improvement, it doesn't actually provide up to the minute status updates. Users on Reddit report up to a 15 minute delay between how full a station is and how long it takes for the map to update. Look for that gap to close in the future.

The biggest downside is that the same info is being fed to every Tesla owner. That means the status of a station could quickly change if several owners all head to what appears to be an empty location. Either way, it's a massive improvement over the wait and see approach that has been in effect until now.