This technology could provide BMW with 'freedom of design and mass customization.'

John Beltz Snyder
Since its launch in 2011, BMW i Ventures has been making strategic investments in startups that it sees as shaping future mobility. The most recent addition to its portfolio, announced Monday, is a metal 3D printing company called Desktop Metal.

According to Fortune, the Massachusetts-based company is preparing to bring its first product to market, with the goal of making the technology much more affordable. Interestingly, Desktop Metal cofounders Ric Fulop (the company's CEO) and Dr. Yet-Ming Chiang also cofounded lithium-ion battery company A123 Systems.

BMW's investment is part of a funding round that includes backing from Lowe's and Google (the latter's reason for investing involving some undisclosed "crazy stuff"). For BMW, Desktop Metal is more than just an investment, as the automaker has plans to adopt additive manufacturing in its carmaking process.

The ability to 3D print with metal decreases the costs of producing low-volume parts. That means BMW could play with unusual or complex designs, and quickly and cost-effectively produce and test prototype parts. Making small changes to a design is easy, with no retooling necessary, and printing is less wasteful than machining. BMW says it plans to 3D print end-use parts in addition to prototypes, which opens up the possibility to offer greater degrees of customization to consumers. 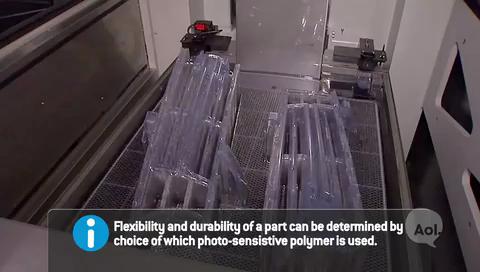