The mid-engine Chevy Corvette and C7 ZR1, together at last

There are two new super Vettes on the way: a crazier version of the current C7 we believe will revive the ZR1 name and the long-rumored mid-engine Corvette. These new spy photos show the two of them side by side undergoing testing, and they give a good look at what's the same and what's not quite the same between them.

We'll start with the similarities. Somewhat surprisingly, they look nearly identical from the A-pillar to the B-pillar. The mid-engine car, which might be considered a C8 or an offshoot of the C7, has what appears to be the same A-pillar rake, windshield, roof panel, side windows, side mirrors, and even the C7 taillights peeking out under the vinyl covers. This could just be a result of Chevy using a current car as the basis for the mid-engine test mule, but to us it looks a lot more finished than something normally cobbled together. That puts a lot more legitimacy behind the theory the mid-engine "Zora" will be a sort of last hurrah for the C7.

And then there's what's different. The front end of the mid-engine car is of course much shorter and the rear is extended – that's what happens when the engine swaps ends. It's a little tough to see under all of the camouflage, but the front shortening is most evident if you compare the overhangs and also where the front wheel is in relation to the A-pillar. On the mid-engine car, there's basically just enough body to cover the wheels, just as it should be.

The mid-engine Vette's unique cooling needs are also made apparent here by the big slots aft of the doors. The door skins also appear to have been resculpted to route airflow – and in this case some nice snowballs – to those intakes.

We expect the C7 ZR1 to show up as a 2018 model, with the mid-engine C7/8 arriving a year or two down the line. With all this awesomeness on the way, it's hard to imagine what could come after these. 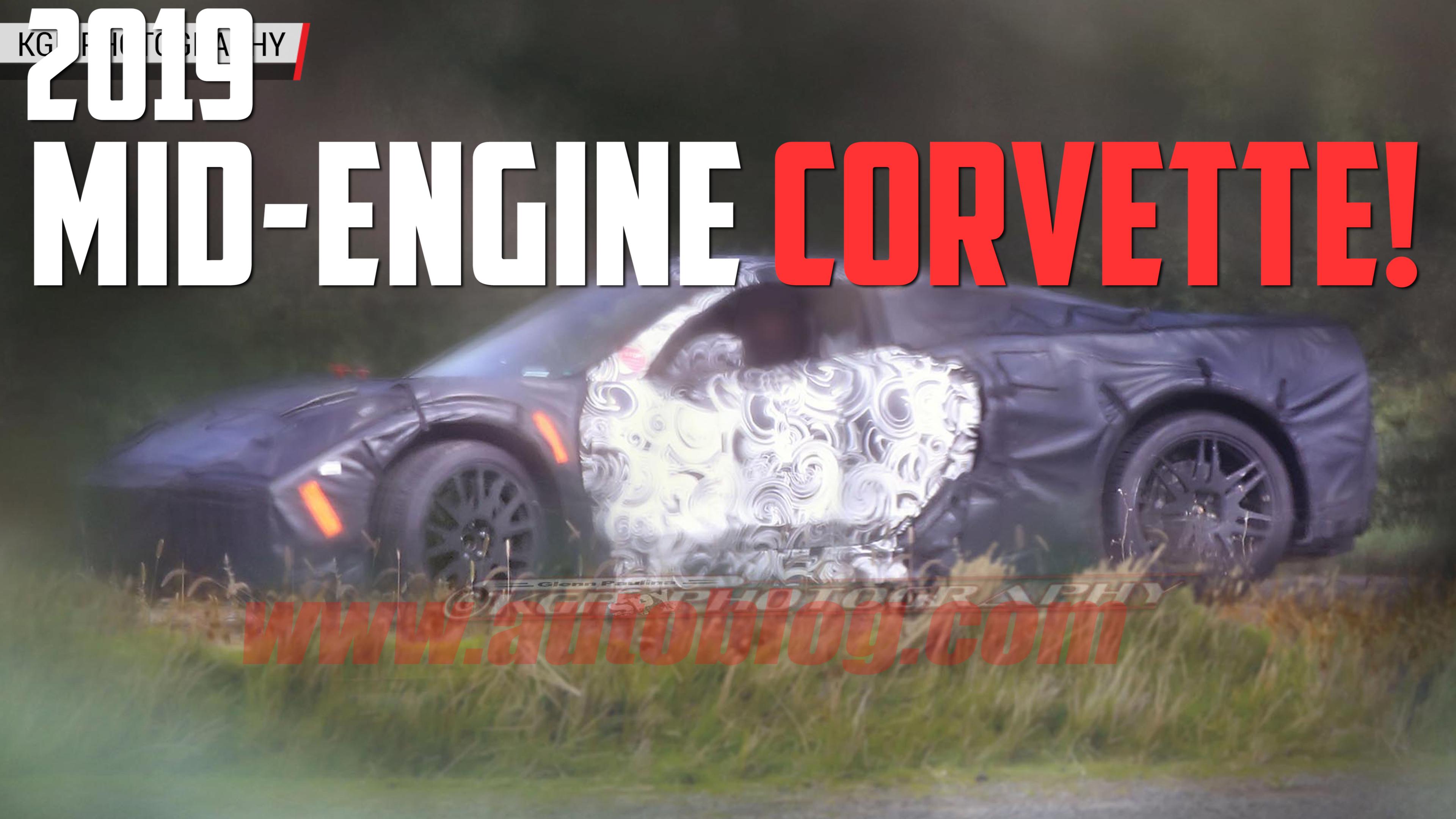