Joel Stocksdale
What happens when you combine movie directors Joel and Ethan Coen, movie star Peter Fonda, and the Mercedes-AMG GT roadster? You get a mildly amusing Super Bowl commercial tribute to Fonda's famous film, Easy Rider. The commercial, which is titled Easy Driver, will air in the fourth quarter of the game and can be seen above.

It starts out at a rough-and-tumble biker bar. Mustaches and bandanas abound, Easy Rider memorabilia is everywhere, and the only song on the jukebox is "Born to Be Wild" by Steppenwolf. The setting makes it clear this is a group of stereotypical (aging) bikers you don't want to cross. And while everyone is doing biker stuff, someone comes in to alert the gang that some hapless goon blocked in the bikes. The bar's patrons roll out the door to find a matte gray Mercedes-AMG GT roadster next to the bikes.

It seems as though something terrible will happen to the car, but then Fonda strolls out of the gas station next door to drive off. Of course all the bikers can do is just stare in admiration of their motorcycle hero as he drives away. Fonda flashes a peace sign and that's where it ends.

It's not a bad commercial, but it isn't particularly surprising, nor does it illicit much emotion. It's perhaps undermined by how obvious the Easy Rider references are in the bar, and by the fact that there isn't much to connect the Merc to motorcycle culture except for the driver. It probably won't go down in history as one of the all-time great Super Bowl commercials. Perhaps Kia will do better with its Melissa McCarthy commercials. 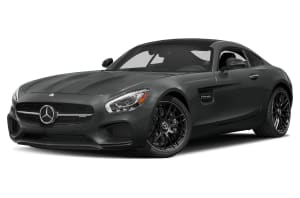