Why Victory Motorcycles was defeated

David Boldt
If, in 1998, you were a devoted fan of Harley-Davidson or one of the so-called metric cruisers, the arrival of American-made Victory Motorcycles probably appeared on your personal radar. However, based on the quiet market reaction, a new Victory didn't make it onto many shopping lists. Fast-forward 18 years, and a last-minute emphasis on performance didn't change any minds. In early January Victory's corporate parent, Polaris Industries, announced it would be closing Victory Motorcycles. While the purchase of the Indian Motorcycles brand was the final nail in the coffin, the corporate suits at Polaris say they're tired of bucking the market headwinds with Victory and anxious to invest in Indian.

While in its 18 years Victory had never gained what could be termed real sales momentum, Indian – reintroduced by Polaris Industries in 2014 – has been on an absolute roll, combining expressive design and relatively nimble platforms with the inborn charisma that comes from a long (albeit semi-contrived) history.

But Victory didn't have to go down like this. The brand's launch in 1998 was filled with promise. The Clinton-era economy was rolling, and with plenty of money and/or personal credit, who wouldn't like the idea of an all-new V-Twin, designed and built in Middle (Spirit Lake, Iowa) America?

Regrettably, while Harley was building and selling motorized machismo, the all-new Victory 92C was, in a word, awkward. And while functionality has been long admired in Beetles and Jeeps, back in 1998 and 1999 baggers hadn't evolved into what we know now, and the adventure motorcycle scene exemplified by Ewan McGregor's Long Way Round hadn't been even remotely anticipated by BMW or KTM. The Victory's massive V-Twin looked to have been taken from an industrial air compressor, while the frame and bodywork lacked design continuity. Instead of an architecture offering soul or purpose, Victory took a design-by-committee approach. And the committee didn't know what to do.

Even so, some riders in the motorcycling community were willing to give Victory a try, and with those sales some early market momentum was established. Five years later Victory launched the Vegas, a production custom that, despite offering essentially the same V-Twin powerplant as the 92C, did a decent job of disguising its somewhat basic intentions with a healthy dollop of chrome, paint and lipstick. 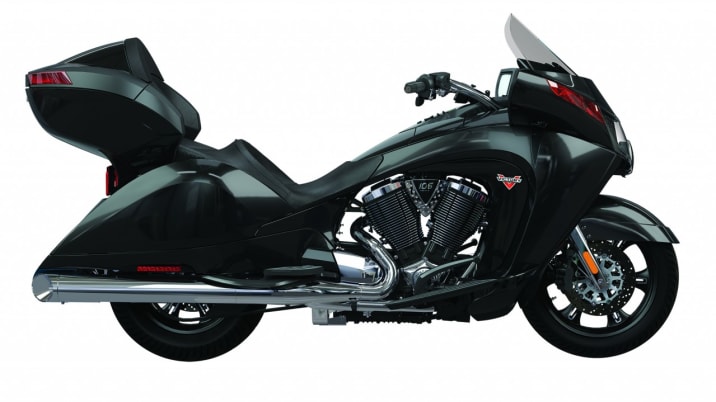 A more substantive move was made in 2008, when Victory introduced the Vision, a concept aimed at 21 st century touring. Ten years after the first Victory bikes went on sale, it was at the very least Victory's own vision and not a tepid interpretation of another motorcycle. Regrettably, the launch of a high-end touring bike on the cusp of a crippling economic downturn was unfortunate at best. Despite its promise, the Vision will be little more than a footnote in the evolution of two-up touring.

More recently, the announcement of Victory's performance program (and subsequent competition at Pikes Peak) made it seem like the product and marketing execs at Victory had belatedly hit the reset button. This was 2013, some fifteen years into the building of the franchise, and so any attempt to redefine the brand at this point would have been both arduous and expensive. Even with more performance, a dynamic Victory would not have morphed into an American iteration of Ducati, but given the time, money and necessary insight it might have evolved into a denim derivative of something like Triumph. And from all indicators (sales, dealer count, and brand visibility) Triumph is doing very, very well.

What sealed Victory's fate was the acquisition of Indian Motorcycles by Polaris in 2011. Able to build on an established design idiom and notably not needing to come up with one of their own, Indian's 2014 relaunch was perfectly timed to catch the wave of the economic turnaround. Riders across a wide demographic had something new and tangible to get excited about. And while T-shirt sales at Indian dealerships may not compare to Harley-Davidson apparel sales, the Chief and the smaller Scout are selling in healthy numbers. The brand is positioned well to take advantage of more resources promised by Polaris for product and performance development in the aftermath of Victory's closing. 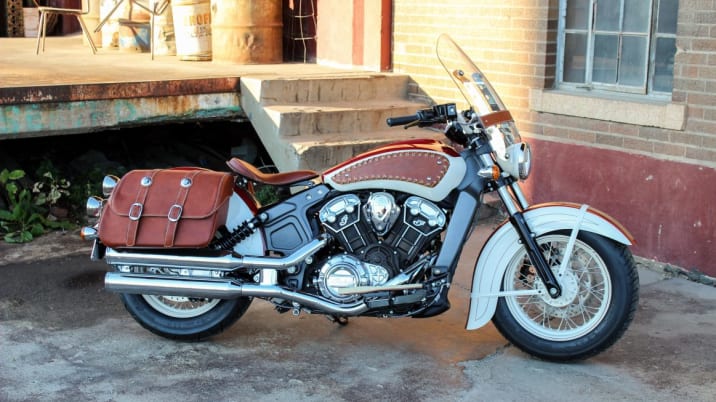 Hindsight won't allow Polaris execs to belatedly redirect resources or find the creativity to save Victory. That ship has sailed. But if the lessons learned in the terminations of GM's Saturn and, later, Toyota's Scion had been absorbed by the Polaris execs responsible for Victory, their dealers, customers and investors might have enjoyed a different result.

Young brands typically need a strong, singular vision along with a clearly defined product. At Saturn the defining vision and intense customer loyalty was squandered as the brand strayed from its original mission. And while Scion launched with an xB-induced bang, once the product team brought in the focus groups the handwriting was on the wall. Not only had the unique selling proposition been allowed to evaporate, Scion's lead North American executive at launch was by that point running Lexus.

Ultimately, Victory might still be standing if there had been something of a managerial learning curve applied to the brand during its almost 20-year run. Thankfully, with the purchase of Indian Polaris' executive team has acquired a store-bought identity. With a strong brand, a solid core product lineup, and fresh investments on the way, the days of Polaris pushing a product uphill should be over. That's good news for Indian, even if Victory went down in defeat.