It's based on the Batmobile from The Lego Batman Movie.

Few things in this world stand the test of time like Lego. Likewise, few icons of popular culture have been as pervasive and as memorable as the Batmobile. From the campy realism of the 1960s to the modern and militaristic tank of the recent films, Batman's rolling monument to fighting crime has taken on many shapes over the years. In the lead up to the release of The Lego Batman Movie, Chevrolet along with students from Detroit's Cody Rouge community, A World in Motion, and First Lego League have build a lifesize Lego Batmobile.

In short, this thing is rad. It's always amazing when a group creates a 1:1 scale version of a car out of Lego, but the Batmobile is definitely one of the best. This iteration of the Batmobile is definitely more fanciful and crazy than the more recent film versions. Giant wings, giant wheels and a giant bat hood ornament adorn this car. In typical fashion, the car is equipped with all manner of crime-fighting gadgetry.

The raw statistics for this full-size Lego kit are amazing. It's 17-feet long, nearly 7-feet tall, and more than 9-feet wide. It's constructed out of 344,187 individual Lego bricks, using 17 different colors. It's surprising that it took so many colors, since the Batmobile isn't exactly known for being anything more than shades of black and grey. It took 222 hours to design and 1,833 hours to piece together. Assembly was handled in Enfield, Connecticut.

To go along with the Lego Batmobile's debut, Chevy created a clever spin off its "Real People, Not Actors" ad campaign, featuring, of course, Lego Batman. We chuckled.

The Chevrolet connection may seem like a forced marketing push, but there is history between the automaker and the Batmobile. The 1989 Tim Burton-directed Batman used one of the most memorable versions of the Batmobile. That movie car was actually partially constructed from the bones of a Chevrolet Impala and was powered by some variation of a Chevrolet V8.

Those interested in checking out this car can see it on the floor of the Detroit Auto Show until January 22. If you miss it there, Chevy says it will be on display at the Chicago Auto Show as well. While Lego says the vehicle is not available for purchase, disappointed fans may be pleased to know that the car is based off this particular Lego kit. I think I'll go pick up one for myself. 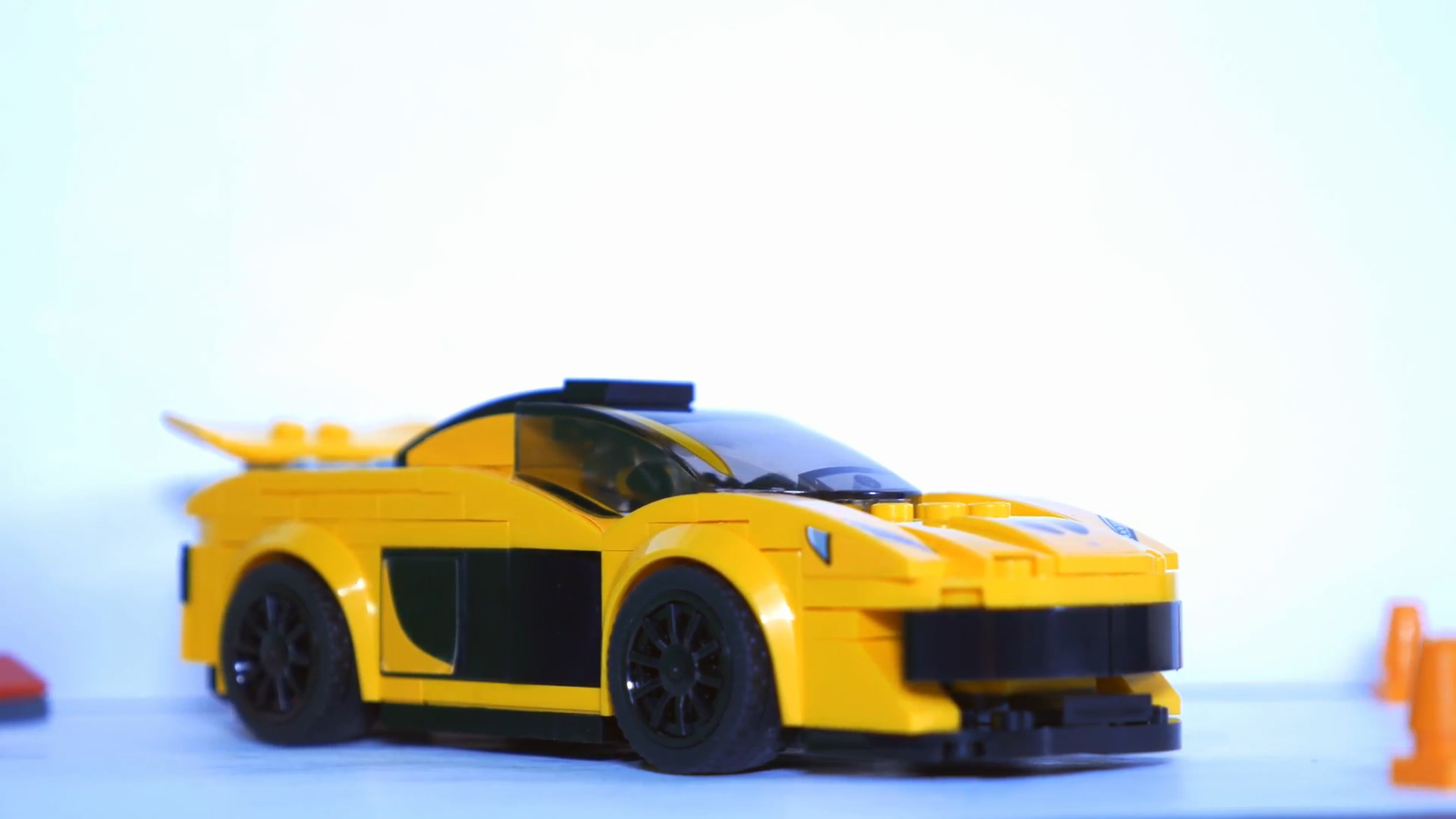