And nobody was saying Mexico.

David Gluckman
President-elect Donald Trump was not in attendance at this year's Detroit Auto Show, but it sure seemed like he was the target audience for many of the press conferences and announcements surrounding the event. Several manufacturers chose to play up existing and future commitments to the US in general and American jobs specifically in their presentations to the press, and we're pretty sure that has everything to do with Trump's recent targeting of automakers on Twitter.

To us, it seemed automakers were going on the offensive to try and preempt any future tweet-shaming for investing in auto manufacturing anywhere but the US. The pro-America sentiment started the week prior to the auto show, with Ford announcing that it would build several future electrified vehicles at its Flat Rock Assembly Plant in Michigan and also cancel a $1.6 billion factory planned for Mexico. Ford announced the two items on the same day, but the reality is that they likely have no relation to each other; the Mexican plant is being skipped because the company doesn't need the extra capacity to build the Ford Focus right now. Trump was still happy to share the news on Twitter.

Then, on Sunday, FCA announced it would invest $1 billion in manufacturing plants in Ohio and Michigan to produce the new Jeep Wagoneer, Grand Wagoneer, and Wrangler-based pickup. It's not as though those potential new jobs were on their way out of the US, necessarily, but FCA took the opportunity to mention that plant upgrades at the Warren Truck Plant would allow the company to build Ram heavy duty trucks, which are currently assembled in Mexico, there. CEO Sergio Marchionne confirmed that Trump and his proposed tariffs had nothing to do with the decision. We certainly believe that, but we also have to believe that the timing of the release, positive outcome for America, and zero gain for Mexico were all orchestrated. Again, Trump sent out a victory tweet as if this had been his doing. 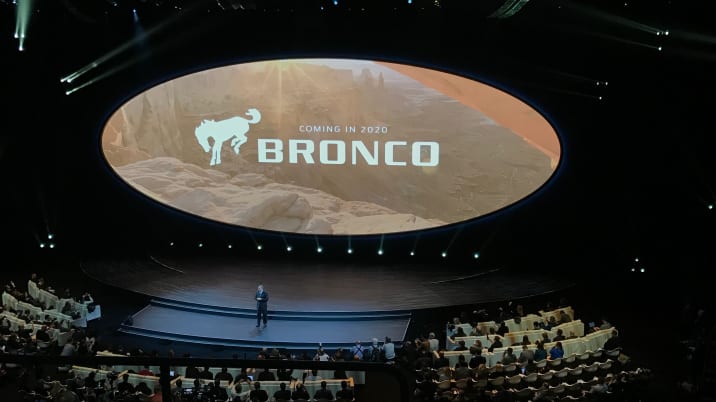 Ford then used its press conference at the show on Monday to reiterate the plans for Flat Rock and also confirm that the Ford Bronco and Ranger nameplates will be returning to the US market, and that both will be built at a plant in Michigan. Announcements of manufacturing locations are usually aimed at the UAW, which certainly has a stake in these things, but again this one was broadcast to the auto show crowd in general.

Both of those are US companies (Ford completely and FCA to a degree still), and it's understandable that they would want to emphasize American investment on their own turf at the hometown show. It's the messages we received from some foreign manufacturers, many of whom build lots of cars here in the States, that really got our attention.

First was Honda, which showed the new 2018 Odyssey minivan along with a message about how American that van is. Since its second generation, when it sprouted the minivan-necessary sliding doors, the Odyssey has been built in the US and designed with Americans in mind first and foremost. The new model will be as well, and its 10-speed automatic transmission, a Honda first, will also be assembled in an American factory. A new dedicated hybrid model was promised for 2018 and will be, you guessed it, "Made in America." Honda even put up a map of its current US production sites along with some handy stats, including its investment total of $17 billion over the years and the fact that 2017 marks the 40th anniversary of the company's decision to build products in the US. The company began actual production here in 1979, building motorcycles in Marysville, Ohio, so that 40th anniversary is somewhat meaningless. (Then again, the multiple-of-five anniversary is mostly meaningless.) But suffice it to say Honda has been operating in the US for a long time, and that surely was the message. 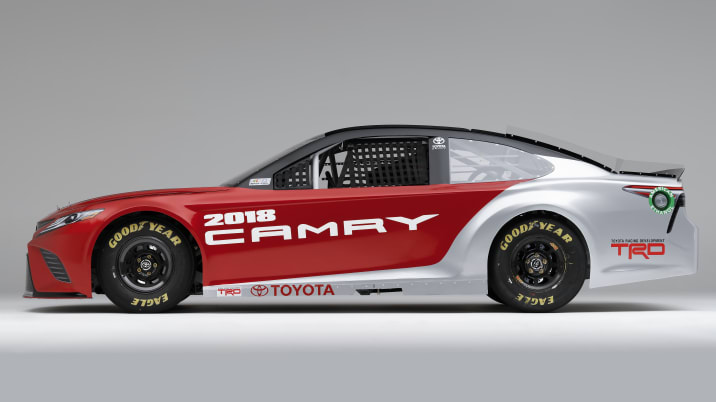 When Toyota brought out its new Camry, the follow-up to America's best-selling car, the US mentions were understandable. Chairman Akio Toyoda emphasized that this Japanese sedan is an American car, built in America for Americans. (There was even a red-white-and-blue-wrapped Camry with that message plastered across it on the show floor.) Adding to its already extensive US manufacturing network, Toyota pledged a further $10 billion investment in the US in the next five years. The press conference culminated with the new Camry NASCAR rolling out onto the stage and revving, a truly American display. Kyle Busch and Denny Hamlin came on stage alongside it, and Toyoda razzed Busch for coming so close to winning the championship this past season.

Mexico was noticeably not a point of discussion for any of the automakers during press conferences, which again makes plenty of sense. In a roundtable discussion, Volkswagen executives hardly wanted to acknowledge that the company builds vehicles for the US in Mexico, something it has been doing for years but which is no longer as acceptable politically. When asked about the number of Mexican-produced vehicles VW sells in the States, North American head Woebcken wouldn't say and only referred to the investments the company will make in the US, many of which are required by its Clean Air Act settlement with the EPA and therefore have nothing to do with Trump pressure real or imagined. Woebcken avoided saying the word "Mexico" and never responded to prompts about Mexican factories or investments. VW has reason to be extra image-conscious in the seemingly never-ending wake of dieselgate. 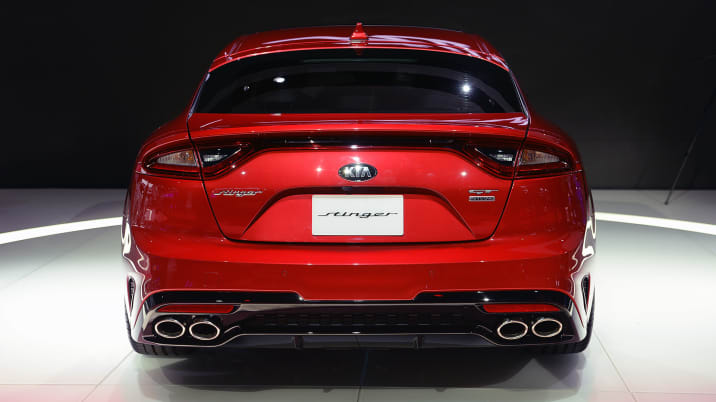 We also noted that Kia's Stinger GT was presented on the show stand in red, white, and blue models. Yes, those match the good ol' stars and stripes, but the South Korean flag uses the same colors. We'll call this one a coincidence.

And on a mostly unrelated note, Chinese automaker GAC attended the show this year to announce its intention to enter the US market soon. We bring this up in part because of Trump's interesting relationship with China and because of the brand name that GAC sells its cars under – Trumpchi.

As for the America cheerleading, it wouldn't have seemed so obviously out of place if such grandstanding were the norm at auto shows. But it simply isn't. And we understand the need to communicate political messages at times and have nothing against investment in US manufacturing. This just seemed a bit heavy-handed and transparent. Which is to say we won't mind at all when Trump's attention turns to items of importance outside the auto industry and where it builds its products.