Ford has done an impressive job keeping the visual changes to its upcoming 2018 F-150 under wraps, but it couldn't keep its truck hidden forever. Our spy photographer caught this test mule out with a completely exposed grille and headlights that have received a substantial overhaul.

The overall look is a bit more subdued than the current model's nose thanks to that updated grille. The grille doesn't extend all the way down to the bumper, and its corners are more rounded. It also now features just two bars, rather than the various triple-bar designs found on most F-150 trim levels. A more subtle difference here, if our photographer is correct that this example is a Platinum or Limited trim, is that the bars are solid. Current Platinum F-150s have additional mini-bars within the larger ones, and the Limited has full-length slats in the bars. We expect the grille differentiation between other trim levels to continue.

The other big change is in the headlights. The center-most portions stretch closer to the middle, and now meet the edge of the new grille. The edges that meet the fenders seem to retain the current shape, which makes sense since this F-150 marks the mid-cycle refresh, not a complete redesign. As such, the cab and bed also look the same as before. The tail is still well camouflaged only revealing a smoother tailgate. We'll have to wait to see how the taillights have been updated.

The refreshed F-150 will likely be unveiled sometime this year, and probably sooner than later. Expect it to be revealed along with diesel variant, too. Past spy shots indicate that it will use a 3.0-liter diesel from Jaguar Land Rover. It's unclear exactly when the company's newly announced hybrid F-150 will appear, but Ford promised it would arrive in time for 2020, and an old rumor said it would make its debut in 2019. 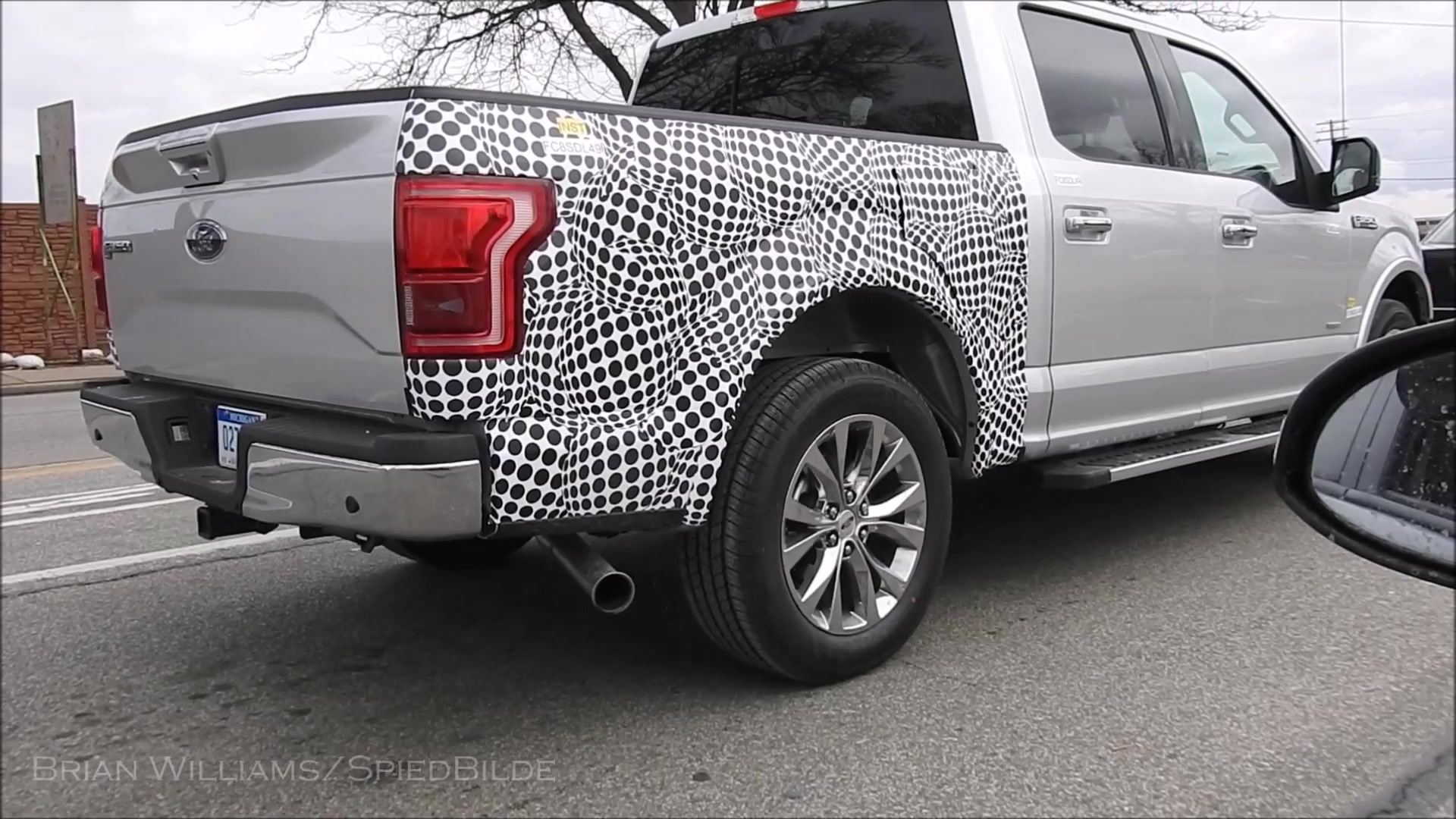 $121 - $1,666 Nat'l avg. savings off MSRP
See Local Pricing
I'm not in the market for a vehicle at this time. Please move this suggestion to the side for 30 days.
Huge Savings