Volvo is adding Skype calling to its infotainment system

Microsoft's Cortana AI could be next.

David Gluckman
Skype, the digital voice communications application, is coming to Volvo's top-end, 90-series cars. Specifically Skype for Business, which is used primarily for conference calls. We're not sure if we should celebrate the fact that these often boring communications can be dispatched somewhere other than at a desk (two birds, one stone!) or dismayed that work is following us into the car.

The Skype button will appear on the Sensus touchscreens in Volvo S90 sedans, V90 wagons, and XC90 SUVs. (So until such capability becomes ubiquitous, you can at least pretend your car isn't Skype-capable.) It's not clear whether the data connection uses the car's built-in cellular radio or relies on a paired cellphone, or if both are options. Volvo says the Skype touch interface will show any upcoming meetings you have scheduled and allow you to connect with one tap, so no pesky codes to punch in. The main idea here is to keep your eyes on the road and presumably safe, or at least as safe as you can be while quietly fuming about those late sales projections from accounting, amirite? 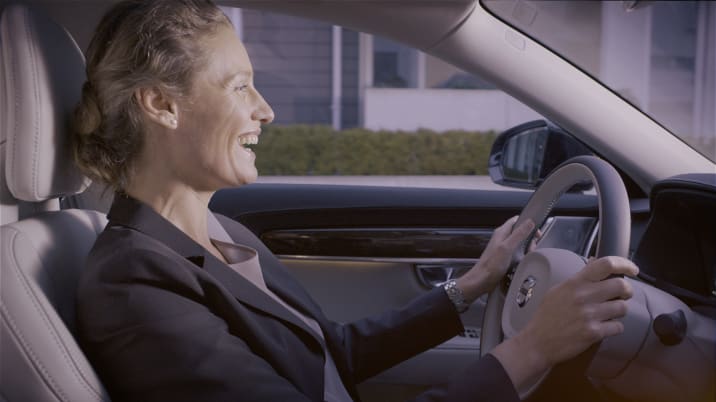 Judging by this photo Volvo included with its press release, it seems the Swedes have a very different approach to conference calls. This woman seems to be enjoying the conversation terribly. We're not sure whether to pity or envy her.

Skype is now owned by Microsoft, which has worked with Volvo in the past. The two are also looking at incorporating Microsoft's Cortana AI into Volvo cars to improve voice recognition and add some of the personal assistant's "contextual insights" to the driving experience. We presume this means things like knowing what your next destination is and programming it in or recognizing that you're driving to work and suggesting a better route due to traffic, things other automakers have promised with next-generation connected car functionality.

Volvo hasn't announced when Skype will be infiltrating its infotainment systems, but when it does, there's a good chance it will be available as a software update to existing 90-series cars. Joy.