It's an STI Sport, not a full-blown STI. Sorry, guys.

Brandon Turkus
Subaru announced its lineup for the upcoming Tokyo Auto Salon, and at the tippy top is yet another STI-badged BRZ concept car. But unlike the Performance Concept from the 2015 New York Auto Show, the new BRZ STI Sport Concept isn't so extreme. While it's hard to predict what this car means based on the limited information Subaru has released, we can get an idea of where the company is going by looking at its last STI Sport production model – the not-for-US Levorg.

Essentially, the BRZ STI Sport Concept sounds like a lukewarm example of the lovable rear-driver, taking parts of the tS driving experience and marrying it with some interior and exterior enhancements. We can see those latter elements in the sole image the company released – the silver concept car gets a fresh body kit that's less aggressive than 2015's Performance Concept. The sole exterior image shows a subtle chin spoiler and a more prominent upgrade to the side sill. Smaller changes include STI badges in the lower grille and side grilles. In the cabin, Subaru apparently added dark red upholstery. All of this gels with the aesthetic the Levorg pioneered.

On the performance front, we see what look like Brembo-branded red brake calipers, but that's about as certain as we can get with mechanical upgrades. What we can't see are likely modest performance tweaks, focusing on the suspension. The Levorg STI Sport, for example, got adjustable Bilstein dampers, firmer springs, and a tweaked power steering system.

A similar STI Sport concept, based on the WRX S4, will share the Tokyo show stand with the BRZ. Subaru's racing entries in Super GT, Japan Rally, and the 24 Hours of Nürburgring will also go on display. 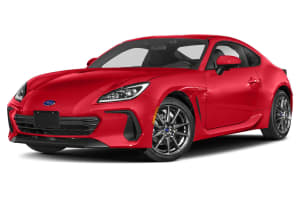 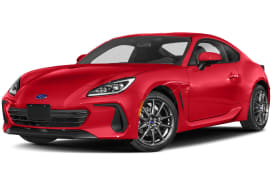