And now, a fighter pilot in a Santa hat

US pilots flying against ISIS get into the holiday spirit.

Brandon Turkus
This post is appearing on Autoblog Military , Autoblog's sub-site dedicated to the vehicles, aircraft and ships of the world's armed forces.

War is serious business, but it's not so serious that fighting men and women can totally ignore the holiday spirit. For American fighter pilots operating against ISIS in the Middle East, that includes donning Santa Claus' iconic red cap.

While the image above features a pilot from the Vermont Air National Guard's 134th Fighter Squadron – "The Green Mountain Boys" – wearing a Santa hat while approaching a KC-10 Extender for a fill-up, The Aviationist reports that numerous pilots operating in Operation Inherent Resolve brought the red hat into the cockpit. We're guessing, or perhaps hoping, that the American pilots attached the oversized Santa caps to their helmet, just in case they had to take evasive maneuvers – flying red caps could be a distraction in the cockpit, after all.

According to The Aviationist, the pilots only wore the hats on December 25, but if people start decorating for Christmas in early November, we think these pilots should be able to show their spirit more than just one day a year. 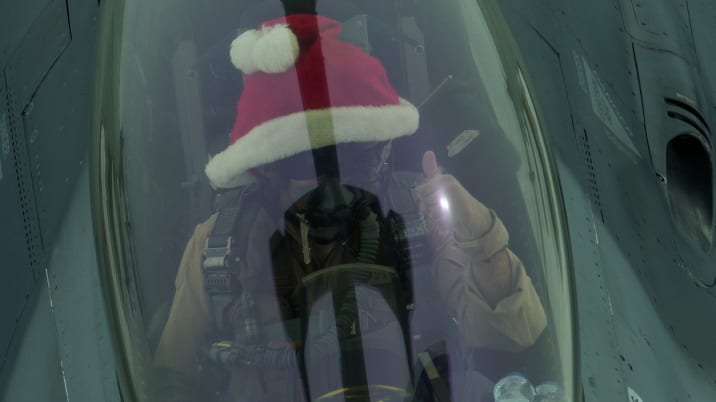