The myth and mystery of The Bentley Cocktail

Drink this and don't drive.

Brett Berk
The other day, we were trying to find ways to delight a visiting relative who requested a cocktail made with apple brandy (don't ask), and after poring through Mr. Boston and The Playboy Bartender's Guide we were fortunate enough to come across a recipe. This particular concoction piqued our interest not just because it was a means to get rid of that bottle of Calvados that had been malingering on our bar cart, drawing fruit flies and quizzical scorn, since it was gifted to us at the launch of the Peugeot 407 in 2004. It was because of the automotive connection. (Duh.) The cocktail is called The Bentley, and it has a sexy, if probably apocryphal, origin story.

According to the legend, the Bentley Boys – rich, Jazz Age, car-loving, British playboy racers – invented the drink after their first of five Le Mans victories, in 1924. Canadian-born WWI hero and Olympic swordsman John Duff and local English Bentley test driver and Bentley 3-Liter Super Sport owner Frank Clement were the only British team and vehicle in this second-ever endurance race, surrounded by more than three dozen French drivers and cars (and a couple of Germans). But despite typical British maladies ­– broken shocks, seized lug nuts, and a dysfunctional gearshift – and a slew of fires, punctures, and chassis-snapping wrecks amongst the field, they persevered. 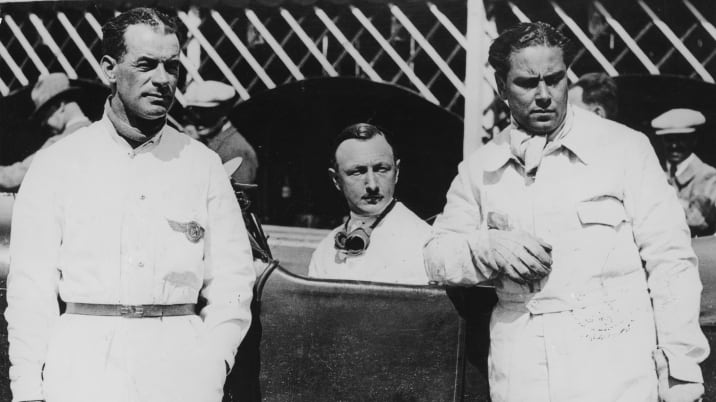 Arriving at their celebratory party at their club near their adjoining apartments in London's exclusive Mayfair neighborhood, they discovered that all of the alcohol had been consumed, with the exception of Calvados and Dubonnet. Mixing these together in equal parts, and adding some bitters, they allegedly invented a drink to settle their affluent nerves.

Like most folkloric explanations for the existence of some gross cocktails – the wisecrack-inspired Tom Collins, the whole-cloth-concocted Seelbach – the tale seemed as compelling to us as it was ridiculous. Fortunately, among our friends are many with mastery in mixology, so we decided to put the mystery (and recipe) to them.

"To be honest, I'd never even heard of the cocktail," said Tokyo-based international beverage expert Nick Coldicott, the most skeptical of our potation pundits. "And that story smells fishy to me. It seems unlikely that a party venue would have enough of a booze collection to have Calvados and Dubonnet, but not enough whisky or gin or champagne to see the party out. Also, I wonder why cocktails in the past were never invented by bartenders after hours of trial and error..." Good point, Nick. 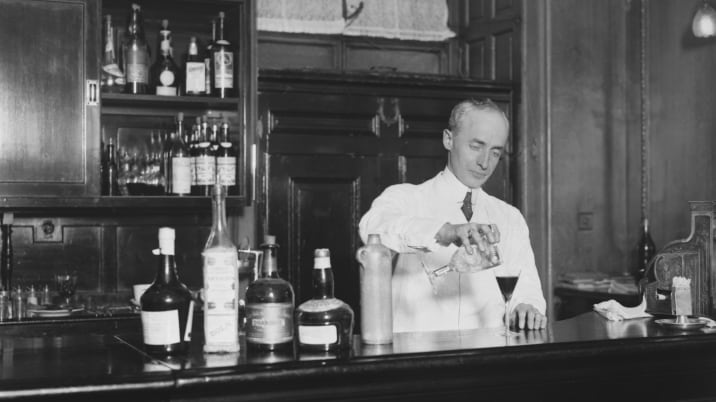 Despite his cynicism, in digging a bit deeper, Coldicott found The Bentley in the classic Savoy cocktail guide, a foundational reference point for boozers since the recipe book has existed virtually unchanged since its publication in 1930. What's more, The Bentley seems to be a sort of desperate iteration of another classic drink from the era, lending further credence to the myth of its creation.

"I am pretty convinced it is a variation of the Star Cocktail, which calls for equal parts apple brandy and sweet vermouth," says cocktail historian, and Bentley believer, Marco Dionysos. "The Star Cocktail was a well-known drink, and appears in dozens of books from the 1890s on. It is easy to imagine the vermouth was substituted with the Dubonnet on hand, and the new drink christened for the celebration of the day."

The Venn Diagrammatic intersection of disgusting and possible begins to connect. The folks from Bentley add further plausibility, though they have a somewhat vested interest. "We have original recipes dating back 85 years," said Bentley spokesperson Erin Bronner, admitting that she wasn't certain who devised it or under what circumstance. "And now we have a new recipe created by Agostino Perrone, award-winning mixologist at The Connaught," a venerable 120-year-old London hotel, which was just named the best bar in the world by Forbes.

Though inspired by the original, Perrone's new recipe, invented this year for London's renowned Cocktail Week, bears little fealty to it, as it is made with Dalmore Scotch, Sloe Gin, and a homemade ginseng and bergamot bitters. (Our aunt wouldn't like it.) "The inspiration for the new Bentley cocktail was truly a combination of the heritage of the Bentley as a car, as a luxury product, with the Connaught as a luxury product within the hotel industry," Perrone says over the phone from behind the Connaught bar. "An interpretation of the classic with the modern innovation." We had to make a few substitutions in the quality and provenance of Perrone's ingredients, but the version we concocted tasted like drinking the smoke rinsed out of a pan used to overcook Sichuan chicken. 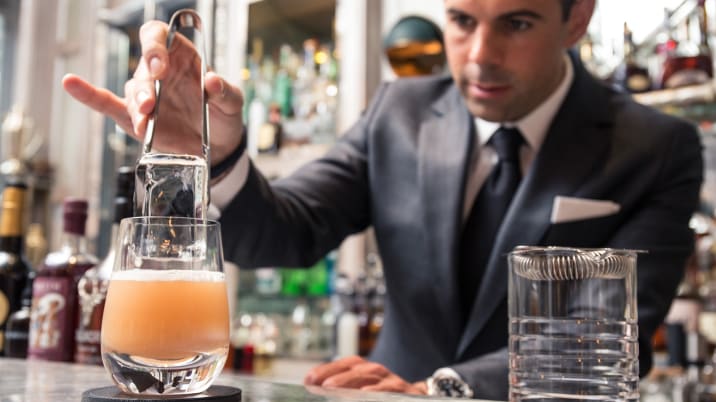 Regardless of where or how it was created, Perrone attributes to Harry Craddock – the famed bartender at the Savoy in the Twenties and Thirties, and author of its eponymous cocktail guide – the inscribing of the original Bentley cocktail into the potable pantheon. "The Bentley cocktail is another of the master," Perrone says. It has fantastic ingredients in Calvados and Dubonnet. So it has its own elegance, complexity, and kind of quirkiness as well, because that ingredient was not widely available."

But he also allows room for the myth of the Bentley Boys and their desperate Grosvenor Square post-race party concoction. "Back in the Twenties and Thirties, the variety of ingredients available was much more inferior than now. So when you had a house party, and you were a normal guy, you probably didn't have available twenty kinds of gin, thirty kinds of vodka, seventy single-malts. It was a little bit more, you used what you had," Perrone says. "Think about the first drink that you made, when you were home, going through your parents' liquor cabinet. It was probably a bottle of rum, bottle of whisky, some amaretto. I'm sure that's how I got started."

Though we're not fans of Calvados or Dubonnet, we do like intoxicating adventures, so in our recent travels, we found a liquor store that carried both, and mixed them in equal parts. We borrowed some ice and bitters from the bar at the hotel. It didn't exactly taste as recherché as a contemporary Bentley, more like something that ran off the Le Mans-winning car from 1924 in the pits, something astringent and medicinal and currently outlawed by the EPA – like nonylphenol-based deicing fluid. But after two or three, it was sufficiently effective. We can't wait to stir up a batch for our Auntie. 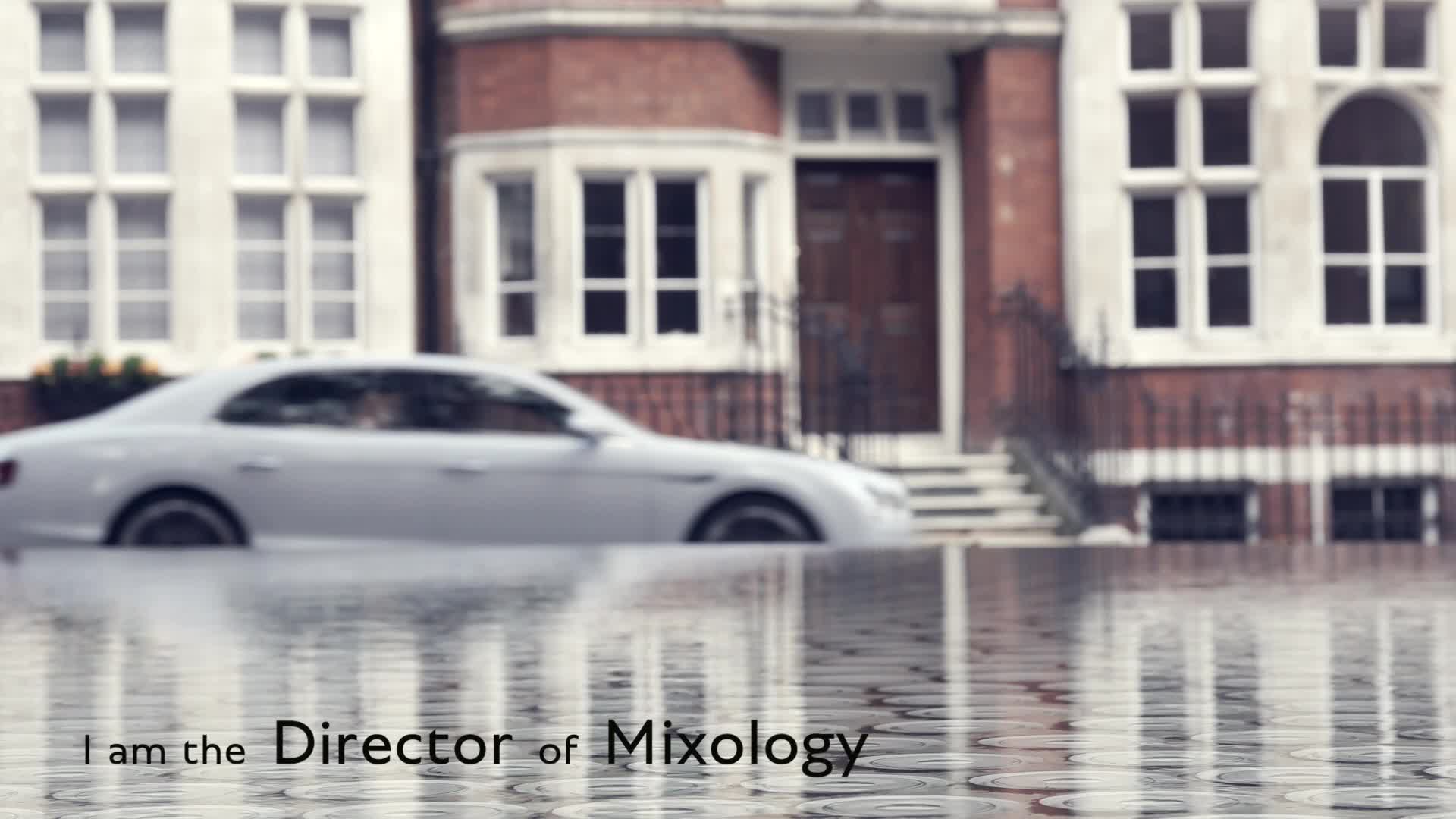