Man escapes attempted carjacking and catches the incident on his dashcam

A quick-thinking driver avoided a potentially dangerous situation this week in New Mexico when he evaded and attempted car jacking.

On the evening of December 6, an unnamed man accompanied a friend to a market near the intersection of Central and San Mateo in Albuquerque. After he saw his friend safely away in her car, he got back into his and pulled out of the parking lot. Almost immediately, as shown in dashcam footage uploaded to Youtube, a red Chrysler 300 began following him. When the driver pulled up to a stop sign around the block from the market, the Chrysler zipped around and pulled in front of him, blocking his forward progress. Figuring he was about to be carjacked, the driver threw the car into reverse and backed quickly away from the Chrysler. The Chrysler followed, and a chase ensured.

With the Chrysler close on his tail, the unnamed driver fled through the nearly empty streets. At one point he cut through a gas station when the Chrysler tried to block him at another intersection. As they drove through the city the Chrysler continually tried to stop the fleeing driver, but he successfully evaded every time. The driver called 911 and reported his predicament. Eventually, both vehciles pulled up at a stop light right next to an Albuquerque Police cruiser.

The driver laid on the horn to get the cop's attention, then jumped out to tell the cop what was going on. The Chrysler then made a run for it with the cop in hot pursuit. Unfortunately, the red Chrysler evaded the APD and the car's license plate was obscured so the APD was unable to identify the vehicle or its occupants. Thankfully no one was hurt during the chase, and the driver was able to get home safe and sound.

Carjacking is a serious crime. The driver in this video did everything right, except maybe delay calling the police a little too long. The crime is so prevalent that the US Department of Justice has tips for avoiding carjacking. They suggest drivers avoiding stopping when signaled by other drivers or assisting during an accident. Calling the authorities should be your first step if you're every followed or harassed while driving. Head to the nearest police station if you can't get a hold of a cop in time. 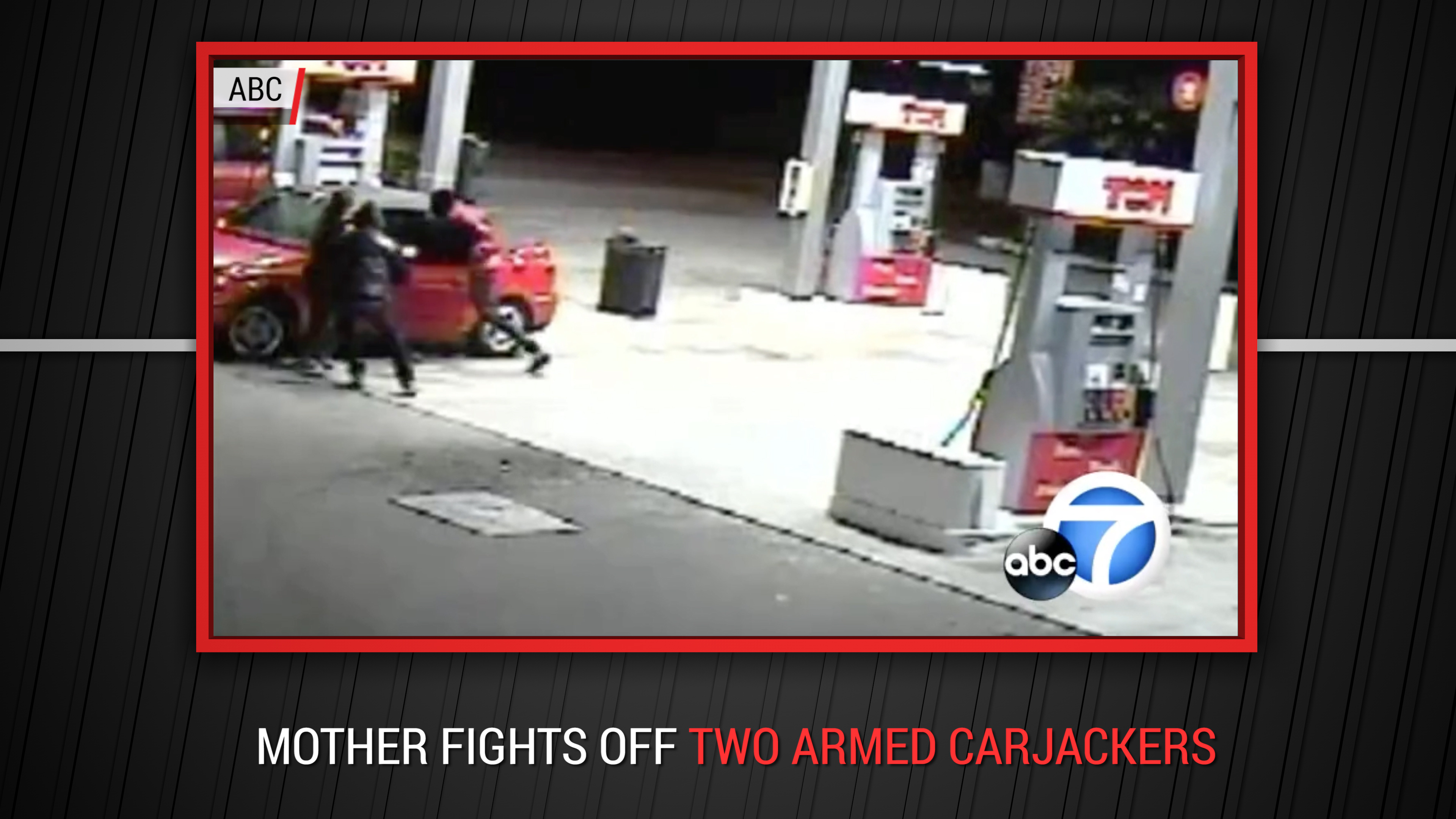