That means sharable, electric, and autonomous cars on a large scale. After 100 years of convincing lumps of metal and plastic to do useful mechanical work, BMW is striving to reinvent itself as a builder of electric and autonomous vehicles while also investing in car-sharing and non-automotive ventures.

Called "Strategy Number One Next," the plan is already underway at BMW headquarters, which will expand with a new university and tech campus in Munich. It's also spreading to Silicon Valley, where BMW will invest about $537 million in its i-Ventures subsidiary over the next decade.

The strategy is a 10-year plan to change the company's priorities and better compete against new rivals like Uber, Tesla, and Lyft, while holding its ground against traditional firms like Jaguar, Mercedes-Benz, Audi, and Porsche, which are evolving themselves to compete in this new age.

While BMW will deliver a pure battery-electric (BEV) Mini Cooper E in 2019 and a similarly powered next-generation X3 SUV in 2020, the first car to fully emerge from the new strategy will be the production version of the i-Next in 2021. Said by insiders to be called the i5 in production trim ( patent drawings above purport to show it), the all-electric i-Next will be capable of high level autonomous driving and will be fully interactive with all the digital services BMW can imagine today, including car sharing.

BMW is also swiping at Tesla (without admitting to doing so) and its heavily publicized Autopilot crashes by adopting a new internal motto of "Think like a start up, deliver like a grown up."

Underscoring that, BMW's director of development, Klaus Fröhlich, insisted autonomous driving would remain a pipedream this decade. "There will not be a serious offer of an autonomous car filling the requirements of premium customers this decade," Fröhlich said. "You are talking about systems that are able to replace the human eye and the human brain, and the legal framework for autonomous driving needs to be established in the major markets of the world first. "If you are the innovation leader you can shape these industry standards."

BMW chairman Harald Krueger has admitted his company, which made its name on sweet-spinning inline six-cylinder engines and balanced handling, is frantically retraining a generation of mechanical engineers to become electrical engineers to meet its internal demands. 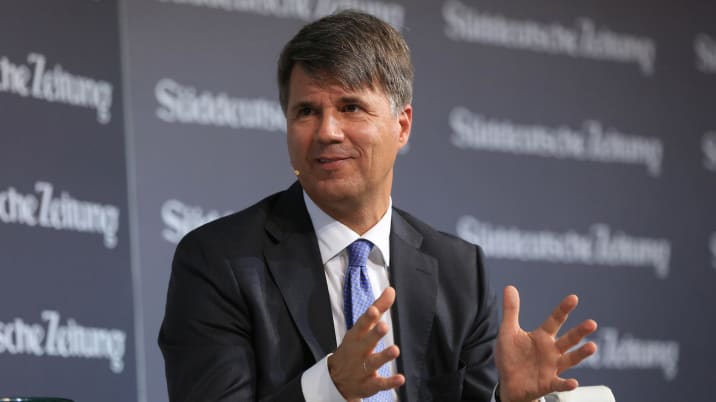 He said BMW is trying to future-proof itself for every foreseeable powertrain demand, plus the potential of lower rates of car ownership due to urbanized populations and car sharing. At the same time it's refocusing its automotive business, covering against predicted "disruptor" threats from start-ups by delivering its own internet-based services and car sharing business units. BMW also plans a new revenue stream around expanded versions of its BMW Connect app and the internet services it is creating for it.

Tellingly, Krueger dampened speculation that BEVs would gain a critical mass in public perception and simply take over in the next decade. Instead BMW's research indicates 75-85 percent of its sales in 2025 would still have internal-combustion power. While that would mean up to half a million electrified cars for BMW by 2025, it would still be more than 1.5 million ICE sales a year.

"The next thing and the mix between BEV and PIH depends a bit. There are countries like Norway or the Netherlands where it's BEV, other countries prefer plug-in hybrids," Krueger said. "We can't really tell you what will happen. "There are going to be countries where, if you look at it today, it depends on the infrastructure. If that can't keep up then it (the opportunity to benefit from BEV) will be lost. "A certain part of that 20 percent will be plug-in hybrid. We have more jobs then with internal-combustion development. We have not designed our last internal-combustion engine family."

The investments in digital haven't crunched Krueger's predictions for BMW's financial security, either, and he said there is no reason not to expect 10-percent returns. Like most carmakers, BMW has traditionally made its money by either building and selling cars or providing the finance for customers to buy or lease them. The strategy document shows BMW was transforming itself into a mobility-solutions provider, without losing touch with its product origins.

"This is why we founded i Ventures in 2011 – to make selective investments in young, fast-growing start-up companies," Krueger said. "We have now significantly increased its capitalization and are relocating the unit to the heart of Silicon Valley. "Everybody is talking about Uber and Lyft – but we are setting different priorities."

One of those priorities is a combination of autonomous driving and digitalization. "Our shared aim is to create industry standards with these technologies," Fröhlich said. "That is why we are open to working with additional partners: An open platform will quickly make these systems better and more secure." 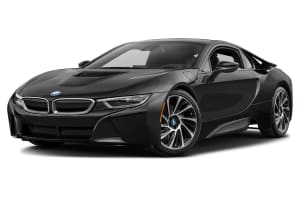