Haus of Cars: The perplexing and dynamic parallels between cars and fashion

Matt Midori
From the beginning of the twentieth century, the automobile and fashion have been inseparable. Then, both high fashion and personal vehicles were only available to the upper echelon of society. Yet, by the end of the century, both were democratized and adopted by the masses. The question is: will the twenty-first century reverse the trend?

The impact of autonomous cars:
Autonomous cars will once again render the vehicle as a utilitarian device purely for mobility. While the previous century created a cornucopia of brands, styles and aesthetics; the industry is currently in a state of consolidation, assimilation and (in some cases) disintegration. Varied choices once symbolized opportunity for businesses and the freedom for consumers, but now represent something entirely different. The over abundance of options, brands and vehicle genres currently represents inefficiency and an over saturated marketplace. Slowly, the industry is wisely becoming more streamlined profit potent.

Autonomous cars will drive themselves while simultaneously making the contemporary concept of "vehicle identity" obsolete. If a vehicle will define the manner in which an individual drives, what would be the point of the user identifying with its algorithm based function? The difference between sporty cars and luxury cars will blur and every vehicle will become innately more economical by default. Engines and componentry will be chosen based solely on efficiency and the success of a platform will depend on how little it interferes with the user's lifestyle. There will be little room for error and individuality when automakers are forced to compete for buyers who don't really want to be bothered with the conventional vehicle ownership experience.

For all intents and purposes, the car as the world knows it, will go extinct. It will be unceremoniously replaced by mobility devices. These devices will cater to customers of a generation that's uninterested in the preceding automotive culture or constructs.

Fashion:
The fashion industry has paralleled the automotive industry for decades. In the early twentieth century there was a great abundance of tailors and even homemade attire clothing the nation. Similarly, the auto industry was flooded with hundreds of automakers and grassroots operations. Both would eventually be reduced to the fittest that could survive the harsh climate of competition. 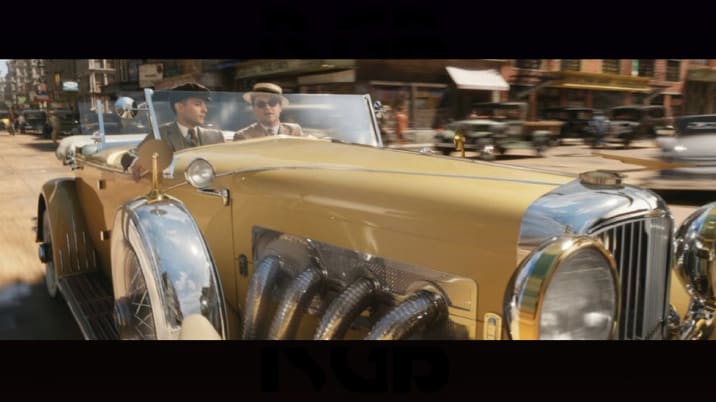 Both industries would create niche markets for an elite clientele of connoisseurs whose values exceeded what could be mass-produced affordably. This quiet demand brought forth the birth of the coach-built automobile and high fashion. Both were devoted to the relatively small portion of the population that could be considered enthusiasts.

Of course, the trend has continued to present day, but represents something a bit more dramatic. Haute couture garments are usually one-of-a-kind and command exorbitantly high prices for the exclusivity. Cars follow a similar model, but are very rarely one-of-kind entirely. Therefore both markets have design houses that cater needs of the chic elite. Brands like Yves Saint Laurent, Fendi and Gucci cater to a certain clientele much like those of McLaren, Ferrari and Lamborghini.

The future:
Based on the evolution of the auto industry and the projected ideologies of millennials; there's little to suggest a major divergence from the proceeding direction of today's trends. The industry will continue to reduce in size and mass/autonomous transportation will gain a greater stronghold over the population. There's no need to fight progress, but rather focus on being adaptive. Reality and natural law dictate that species either adapt or go extinct.

This fact in no way insinuates that the car will go extinct, but rather will have to evolve. Enthusiasts will also evolve with the industry and their passions. How this evolution continues and its beneficiaries will solely depend on the judicious compromises of society. The automotive hobby can either thrive in a more focused and communal method or be skewed to the extremities of the market. It may, indeed, prove to reinvigorate those who are skilled enough to make their own vehicles at home. Conversely, it could also become a situation where only the elite can craft and operate machines suitable for the roads and highways of the near future.

From a practical point of view, the only means the public has to enable both to coexist would be through legislation. Unlike clothes, legal constraints are much more rigid for automobiles and must be thoughtfully considerate to enthusiasts. These are historic times and it's crucial to have an awareness of the changes. It's going to take a massive, concerted effort to "make it work".
X