A gas engine is also available. All versions have Multimatic's trick DSSV shocks.

Michael Austin
Two years ago Chevy showed off a diesel-powered, off-road Colorado pickup and resurrected the ZR2 nameplate. Today, that truck is officially real, still has a diesel engine (or gasoline if you wish), and features a list of off-road goodies so long that it would have Ivan Stewart think about trading in his Toyota.

The production truck looks nearly identical to the 2014 concept, with a power bulge on the hood with a black accent. Another dead visual giveaway is the front bumper, redesigned for better approach angles and integrating an aluminum skid plate. The bed-mounted spare tire on the show truck will be offered as an option as well. The suspension is lifted two inches, the track is three-and-a-half inches wider in front and back, and 31-inch off-road tires are standard. By far the biggest feature of the ZR2 is the Multimatic DSSV shocks - the same ones used on the Camaro Z/28, found up and down the 24 Hours of Le Mans pitlane, and even fitted to some Formula 1 cars. The ZR2 is first production off-road vehicle to use the dampers. DSSV stands for Dynamic Suspension Spool Valve, and that valve design is the key difference between these shocks and traditional disc valves. In simple terms, the spool valve allows for precise tuning of the shock tuning. For the ZR2, that likely means shocks that can soften up for big, fast bumps while keeping the ride tight at lower speeds on smoother surfaces.

The other big off-road tricks of the ZR2 are front and rear electronic locking differentials, which allow a Mercedes-Benz G-Class level of obsessive lockup, including the center transfer case. There's also an Off Road mode button, which recalibrates traction control, ABS, and throttle response for running in the dirt or mud.

Powertrain choices are the same as the standard Colorado - a 308-horsepower 3.6-liter V6 or a 2.8-liter Duramax diesel with 369 pound-feet of torque. Both engines mate up to an eight-speed automatic transmission. Payload and towing are also preserved. The Colorado has a 1,000-pound bed capacity and can pull 5,000 pounds worth of trailer.

Stay tuned for more on the Colorado ZR2 as part of our continuing coverage of the 2016 LA Auto Show. 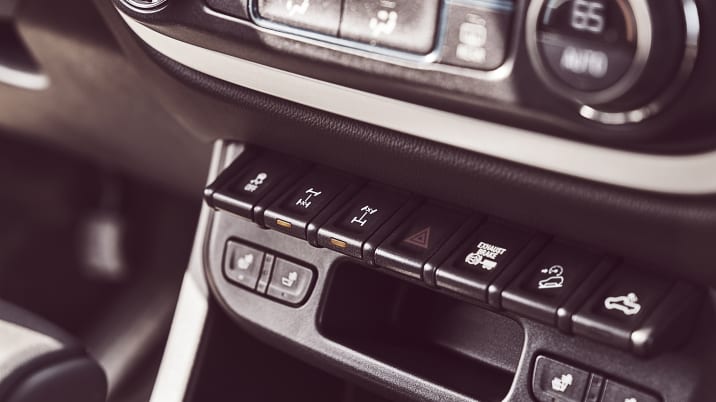