The final model year for the "big" Cordoba. The original Cordoba personal luxury coupe, which debuted for the 1975 model year, was a big hit for Chrysler. Through the 1979 model year, it was based on the successful Chrysler B-Body platform, making it a sibling to the Dukes of Hazzard Charger and Governor Moonbeam's Plymouth Satellite sedan. I see a surprising number of Cordobas showing up in the self-service wrecking yards I frequent in California and Colorado, and this two-tone '79 showed up in a San Francisco Bay Area yard a while back. 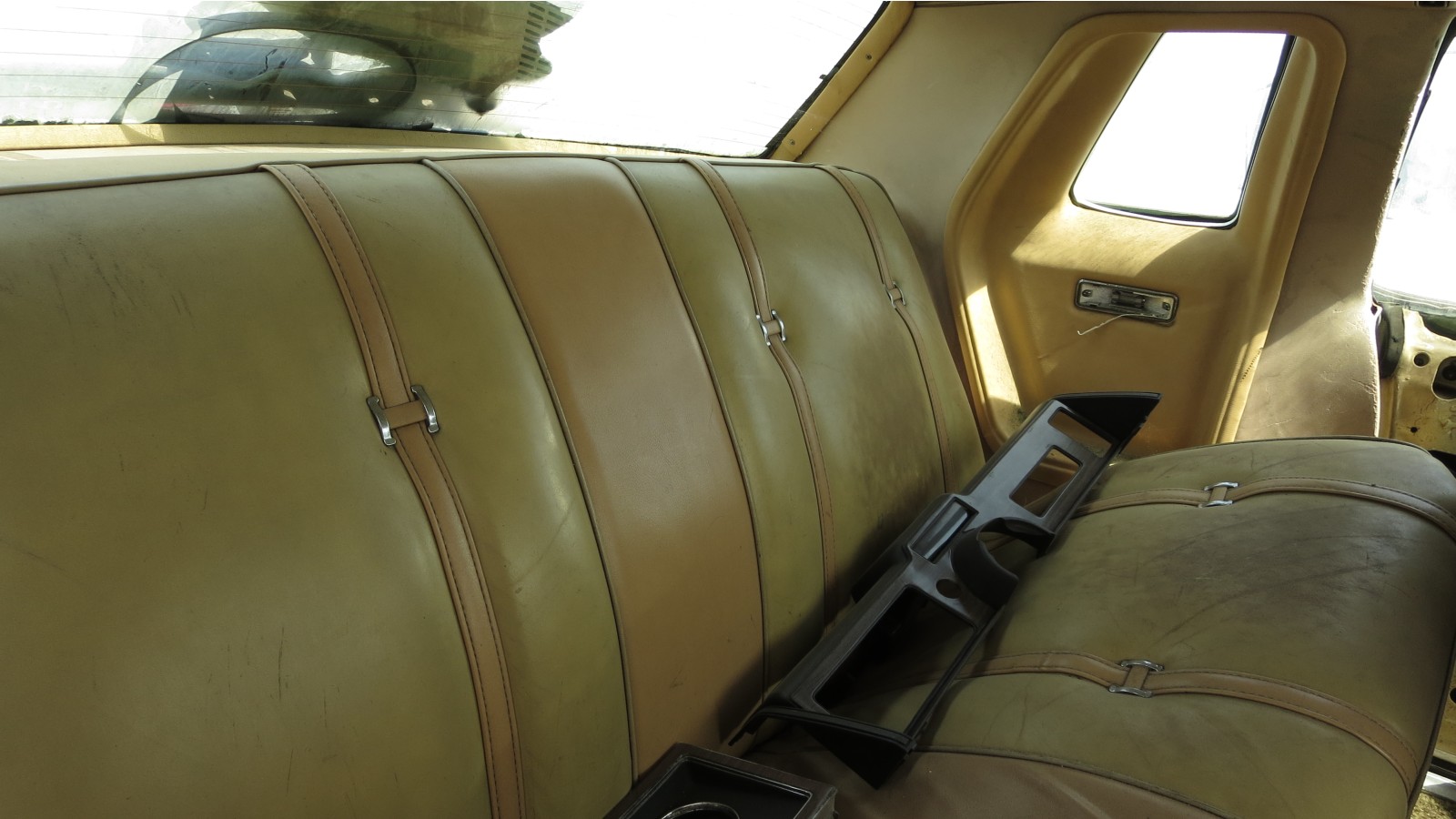 You could get the 1979 Cordoba with typical 1970s fuzzy-velour seats, but this one has the iconic Corinthian Leather of Ricardo Montalban fame. 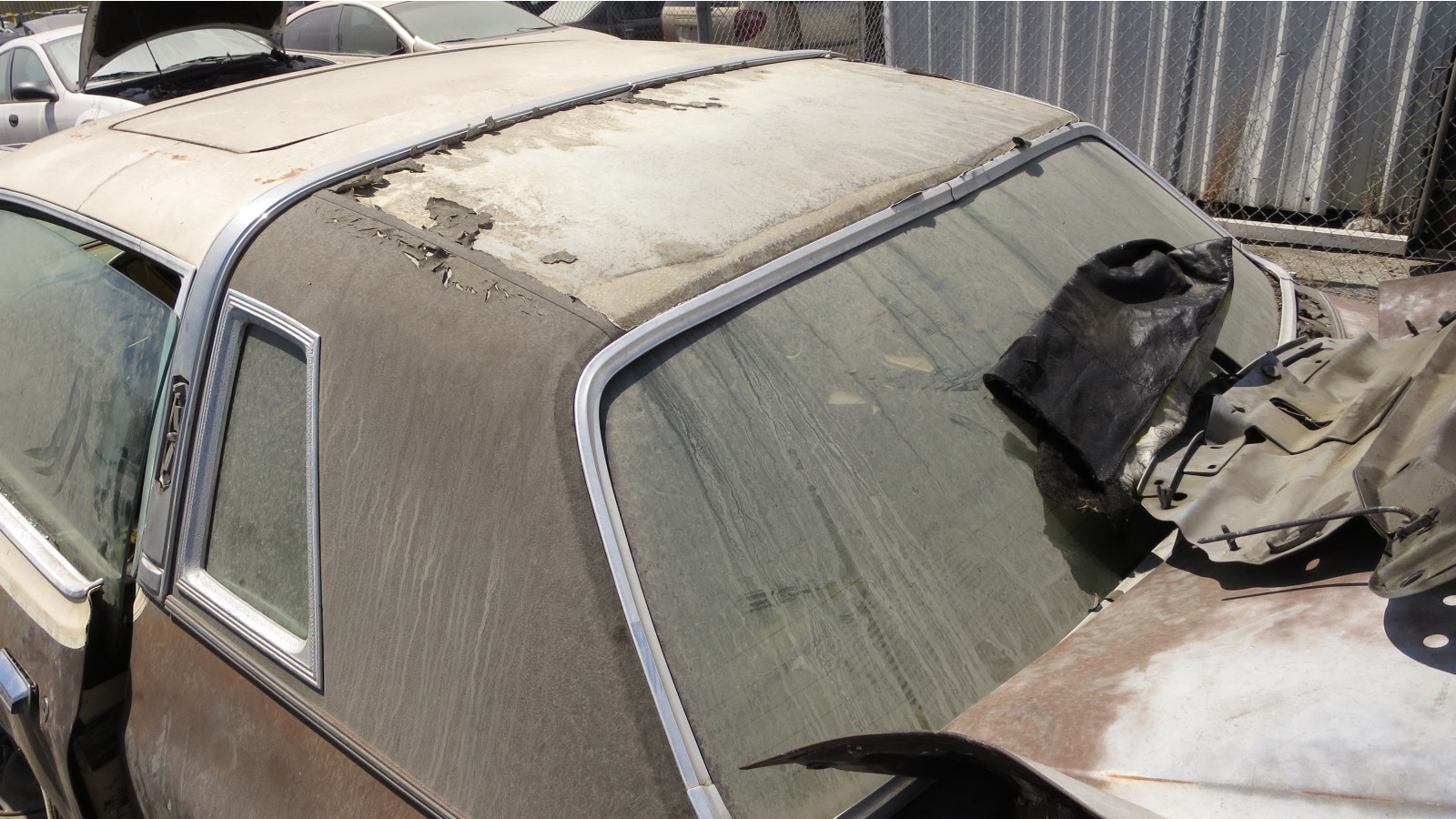 This one has just about every possible option, if we are to go by the information in the brochure. The vinyl landau roof and two-tone paint were for serious buyers only. 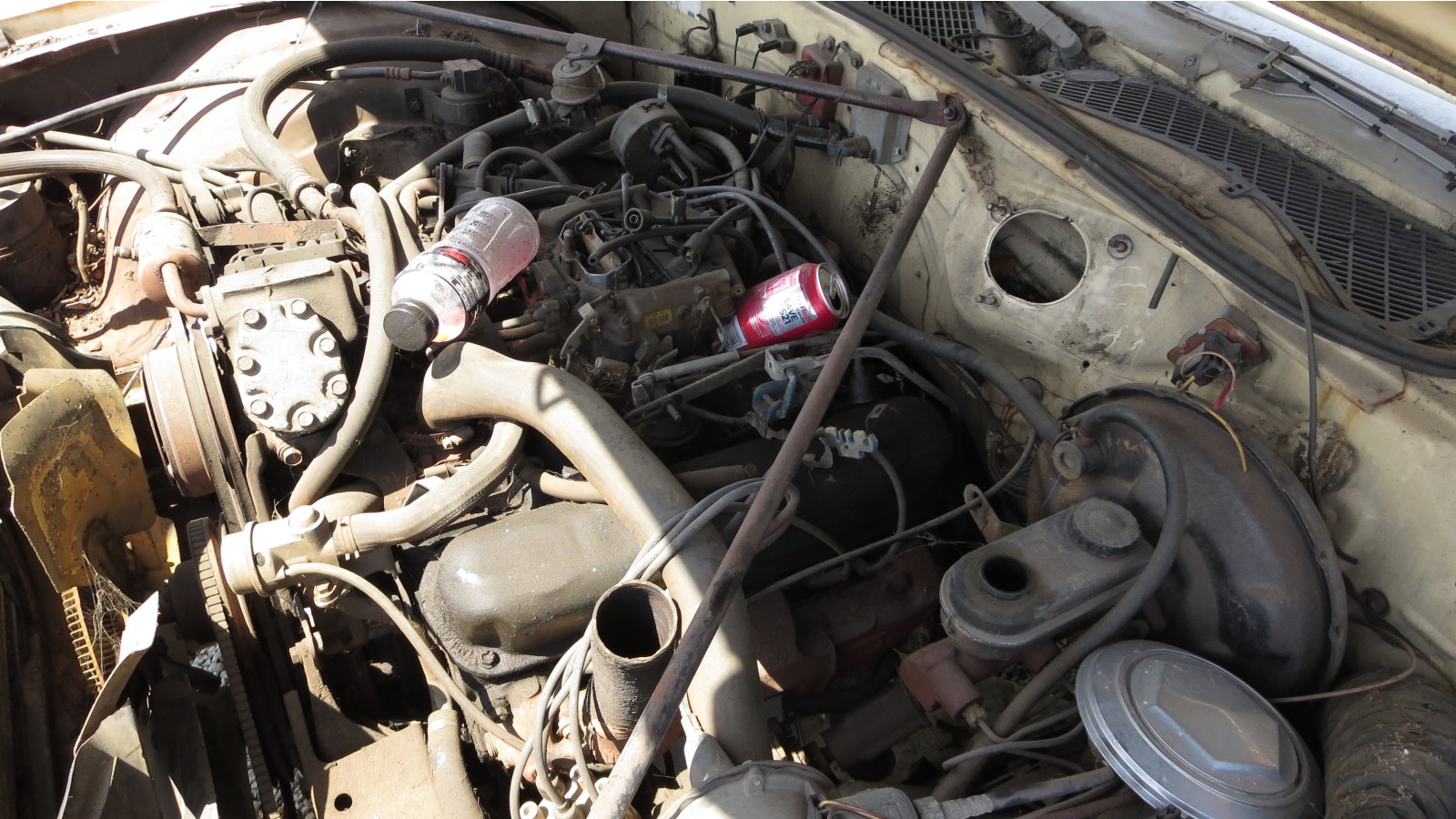 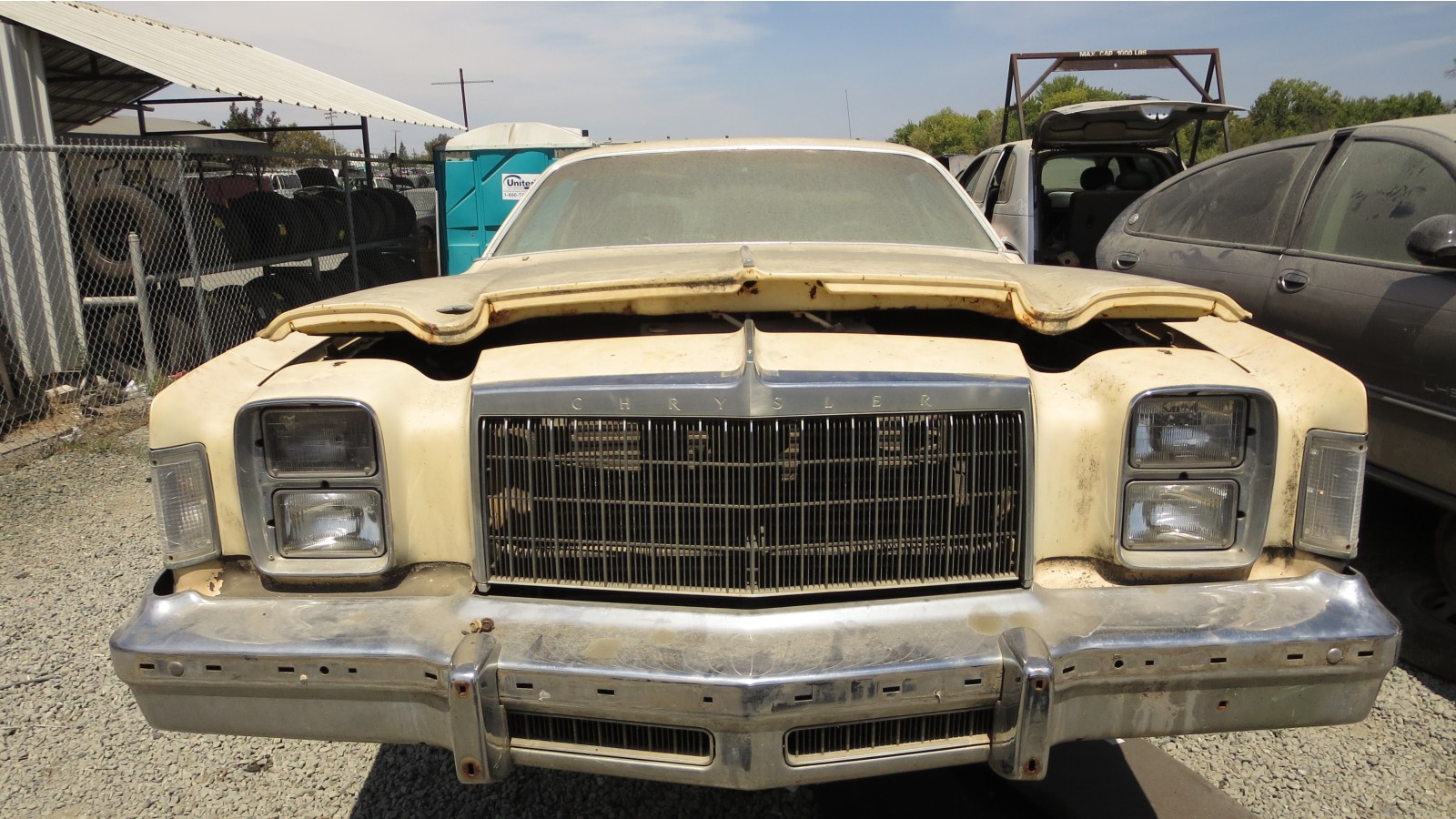 Worth restoring? Not in this kind of condition. Source of parts for other, more valuable B-bodies? Yes.