Geely's newborn brand Lynk & Co. revealed its first vehicle, a compact SUV called the 01, this week. It will lead a four-car lineup Lynk hopes to field by 2021. The ute, as Lynk & Co. boldly claims, is the most connected vehicle ever made and can be shared by anyone at anytime through an open digital platform, like Airbnb for cars. That's an audacious statement.

Underneath the compact SUV's design lies Volvo's Compact Modular Architecture (CMA). It will also be used in Lynk & Co.'s upcoming vehicles, which include a sedan, hatchback, and crossover. Thanks to Volvo, power will come from a 1.5-liter three-cylinder engine or a 2.0-liter four-cylinder unit teamed with a dual-clutch transmission. Power will be put down to the front wheels or all four through an all-wheel-drive system. All of Lynk & Co.'s vehicles, including the 01 SUV, will be available with hybrid and plug-in hybrid powertrains, while full electric propulsion is also a possibility. 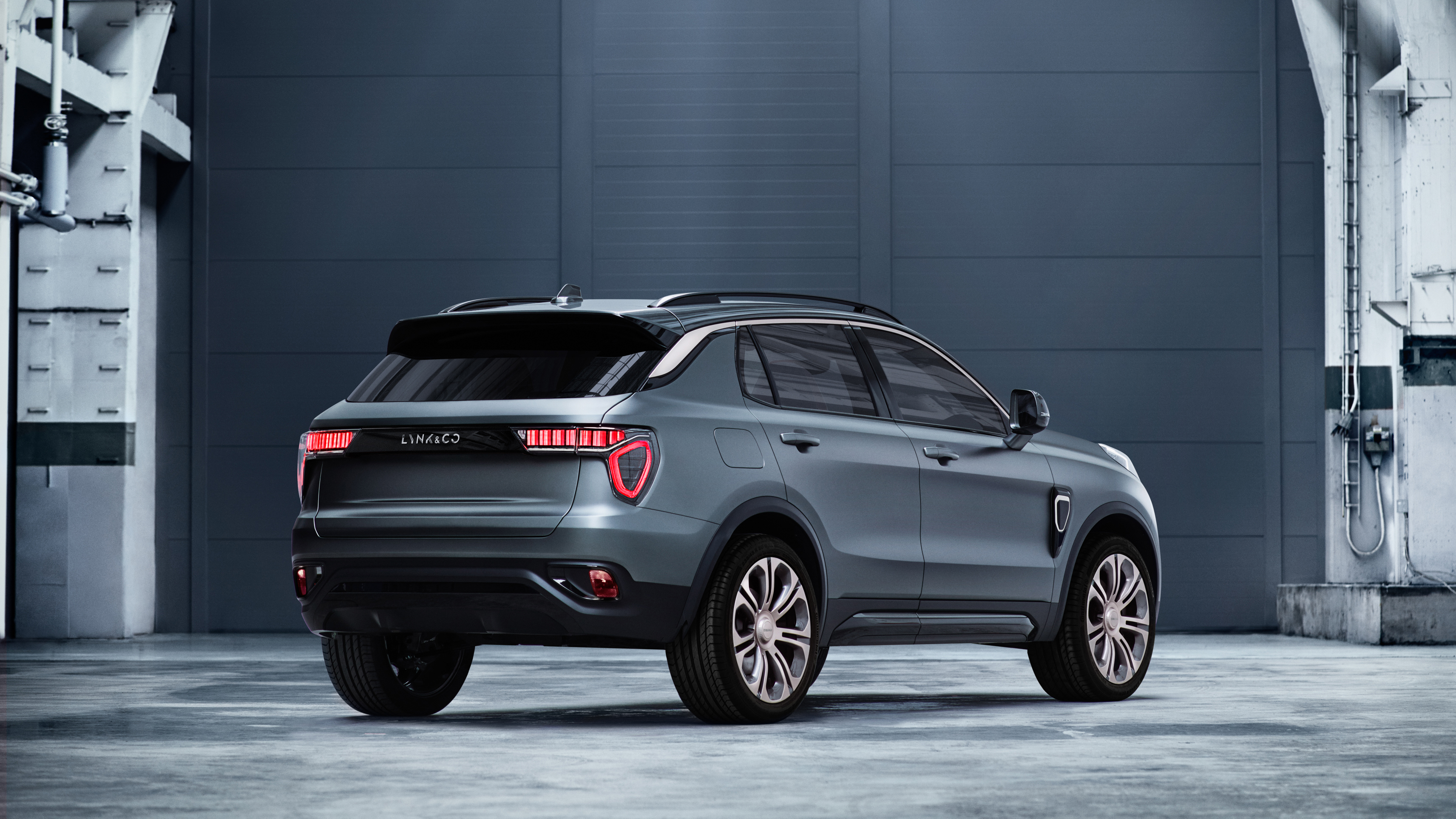 The vehicle utilizes an open digital platform that will allow third-party developers to create apps for the brand's cars. Microsoft and Alibaba Group, a Chinese e-commerce company, will supply the software services and handle the 01 SUV's connectivity. The open application programming interface also includes vehicle-to-vehicle communication, allowing Lynk & Co.'s cars to share data with one another, and its own dedicated app store.

Vehicle sharing is also a key feature of the 01, as Lynk & Co. wants the compact SUV to have more than just the traditional buy or lease options. By using a digital key, the vehicle can be rented out to any other driver using the same interface for a specified amount of time. And as time is key, Lynk & Co. plans to sell its vehicles in a similar fashion to Tesla. The majority of sales will take place online, though some will be conducted in factory-owned stores. The brand hopes to keep prices down by cutting dealerships out of the equation.

While the 01 has an unusual name, its distinctive exterior styling has a mix of design cues from the Volvo Concept 40.1 and is roughly the same size as a Nissan Rogue. We even get a hint of an Alfa Romeo 4C with the headlights. Lynk & Co. hasn't released all of the details, but it will have a panoramic roof, wireless charging, and a massive 10-inch touchscreen with voice-activated controls on the inside. Another benefit to using Volvo's parts bin would be for the automaker's extensive safety features, which should make an appearance on the 01, too. The SUV is expected to go on sale in China in 2017, followed by Europe in 2018 and the US shortly after.