A look inside the new Prius hybrid system

Gary Witzenburg
Beyond the best-yet fuel efficiency of the fourth-generation Toyota Prius lies a happy new dimension: Unlike previous-generation Priuses, this one actually can be fun to drive. Toyota's New Global Architecture (TNGA) provides much better ride and handling, while its redesigned propulsion system adds perceptively more pep and responsiveness.

A pleasant surprise, indeed. Not so pleasant is its somewhat angry, overly aggressive, tortured-sheetmetal new look, though that's a subjective judgment. At least it's no longer bland.

But the single most important thing worth knowing about this all-new Prius is that it delivers the highest EPA fuel economy numbers of any US-market vehicle without a plug: 54 mpg city, 50 highway, and 52 combined. And the extra-economical Prius Two Eco model tops even that at 58/53/56 mpg. 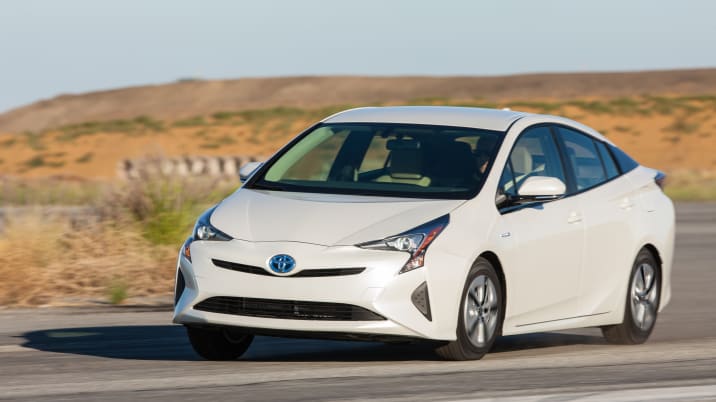 Power comes from a new 1.8-liter four-cylinder engine producing 96 horsepower, plus a pair of electric motors that can contribute 71 hp. The batteries are stored in the rear as before. The full force of the powertrain can be summoned by pressing the Power button, but acceleration is still limited by the system's 105 pound-feet rating.

Its significantly higher efficiency comes mostly from three areas of improvement: the combustion process, heat management, and friction reduction. "The power-split propulsion system that balances the engine and battery follows the same character as before," says Heraldo Stefanon, manager Hybrid Vehicles and Drivetrain at Toyota's US Technical Center, "but we redesigned the engine and found ways of delivering the power in a more efficient way. We improved combustion by expanding exhaust-gas recirculation and improving the way the air comes into the cylinders with increased tumble. And reduction of friction in everything that's turning in the engine was very important." Also important were heat management enhancements - including improvements to the cylinder-head water jacket, a new water-jacket spacer, and drilled passages in the cylinder block - to keep the engine within optimum operating temperatures. 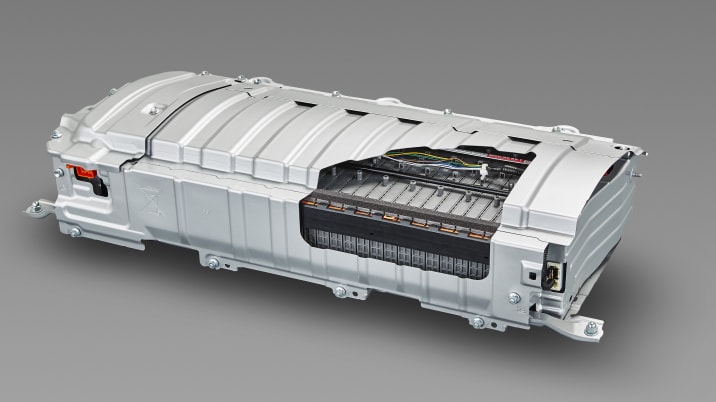 In addition to all of that, Toyota claims that this new Prius propulsion system benefits from more than 50 other efficiency-enhancing technologies, collectively enabling it to be the world's first engine to achieve an amazing claimed 40-percent maximum thermal efficiency, which is the measure of how much energy from the fuel actually reaches the drive wheels. "We are reaching new grounds in delivering that energy to the wheels, reducing the waste that goes out in heat," Stefanon says. "That 40 percent efficiency was a specific target from the beginning." Internal combustion engines are typically 33-35 percent thermally efficient.

The rest of the system is also lighter and more compact. The transaxle is reduced in size and weight thanks to a parallel-shaft layout in place of the previous single shaft, which eliminates one planetary gearset and its associated mechanical friction. The PCU (power control unit) has new electronics that make it more compact, and several other components were downsized, which opened more packaging room under the hood and more cargo volume in back.

Electrical losses were also reduced: "Instead of joints put together with screws on bus bars and connection bars, we now weld them together," he relates. "With those and a lot of other improvements combined, we were able to optimize the system to get even better fuel economy while maintaining performance and fun-to-drive. It was a whole system approach, redesigning every component for maximum efficiency, starting with blank sheets of paper." 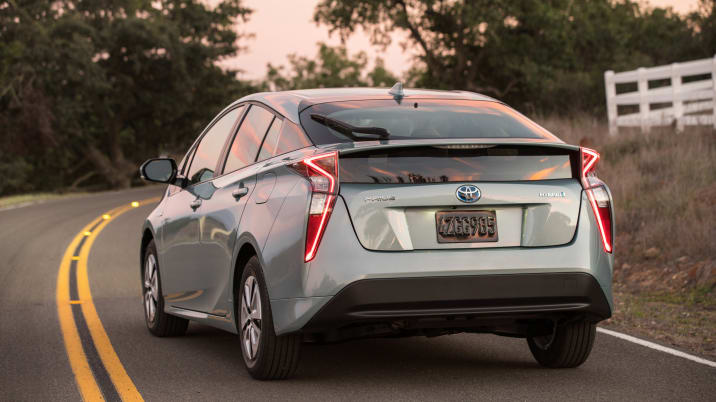 Stefanon adds that the fuel-economy/fun-to-drive balance was the team's toughest challenge: "In the previous generation, fuel efficiency was the major target. With this one, maintaining performance with a more efficient system was a big challenge. The new double-wishbone rear suspension added weight, for example, so mass control and aerodynamic drag were important. We had the mass challenge of some added items, but by reducing the weight of some other components, the base vehicle weight stayed roughly the same."

With each new Prius, we have wondered how much better the next generation could be without significantly hurting its performance and drivability and/or driving its cost out of sight. "Cost is always big," Stefanon says, "so we continue working on reducing it. And there are always ways to improve efficiency, so we'll keep working on that as well to improve usage of the energy from the fuel and batteries, while still delivering fun-to-drive that everyone wants."