Another, smaller recall focuses on fleets. Fiat Chrysler just announced a pair of recalls totaling nearly 311,000 units. The bigger recall affects certain 2016 and 2017 model year Jeep Wranglers. Although, since FCA claims all of the affected 2017s are in the company's hands, really, only 2016 owners should pay attention here.

The affected Wranglers suffer from an issue where wiring disconnects from impact sensors in certain types of crashes, potentially preventing the airbags and pretensioners from activating. FCA uncovered the problem in what its press release calls "a routine, in-house crash test" and claims "service availability is imminent." The affected Jeeps require a simple rewiring.

The other recall, announced Tuesday, is more of a fleet issue, affecting 2007 to 2013 model-year Ram 2500 and 3500 pickups and 3500, 4500, and 5500 chassis cabs and 2011 to 2014 Dodge Charger Pursuit police vehicles. There's a problem with "premature diode wear" in alternators that are subject to "frequent load cycling, at or near maximum amperage, [or] in hot ambient temperatures." Affected alternators could short out, causing a vehicle to stall or potentially catch fire.

FCA says it will notify owners/operators of affected vehicles when service appointments are available. As per usual, all the work is free of charge. 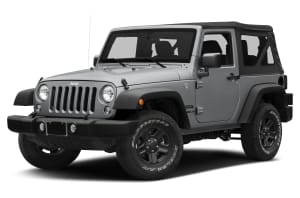