This post is appearing on Autoblog Military, Autoblog's sub-site dedicated to the vehicles, aircraft and ships of the world's armed forces.

Killbox is a game that creates humans out of brightly colored 3D shapes, only to slaughter them in the most dehumanizing way: a drone strike. And not just any drone strike -- the game is based on the first real-life UAV mission ever carried out in an unofficial warzone.

Killbox has a heavy-handed message delivered in a direct, uncompromising fashion. It's a two-player game; one person embodies a sphere in an simplistic yet idyllic farming landscape. This player cruises along pathways to collect tiny white motes that emit a pleasant sound whenever the 3D ball rolls over them. There are no instructions, but the objective is clear: Collect as many motes as possible. The sphere rolls along the flat green grass and down pathways lined with balls of soft white light, passing other bright beings that appear to be frolicking, playing and dancing around each other. Larger pear-shaped creatures wander around the area, changing colors with an adorable sound every time the player's tiny sphere runs into them.

And then, without warning, an ominous buzzing sound fills the air. Boom. A large, black plume of smoke rises from a crater directly in front of the decimated house, blobs of color lying prone among the wreckage. The air turns a deadly shade of purple.

Zoom out. The player is transported miles above the carnage, viewing the town just before it's bombed. The second player is now on the ground, happily rolling around the town. Static and the chatter of supporting UAV pilots fills the headphones as a black panel on the right side of the screen prompts the player to test out the controls, moving a reticle around the area where the bomb will undoubtedly fall. Below, the spheres and pears bounce around happily as the player adjusts the hit box and eventually initiates the launch command. Boom.

By the end of the game, there's no question about the creators' feelings regarding remote-controlled warfare. A black screen overtakes the game, stark white text offering a simple summary of the United State's real-life, first-ever bombing campaign outside of a warzone in North Pakistan in 2004. Four people were killed, including two children.

"We were looking into all these different stories, like the psychology of the drone pilot, all the crazy, messed-up stuff that surrounds it," says Killbox programmer Albert Elwin on the IndieCade show floor in Los Angeles. "It's all really dark and depressing -- it's absolutely in some ways a difficult project to work on because you get kind of consumed by the reality of it." 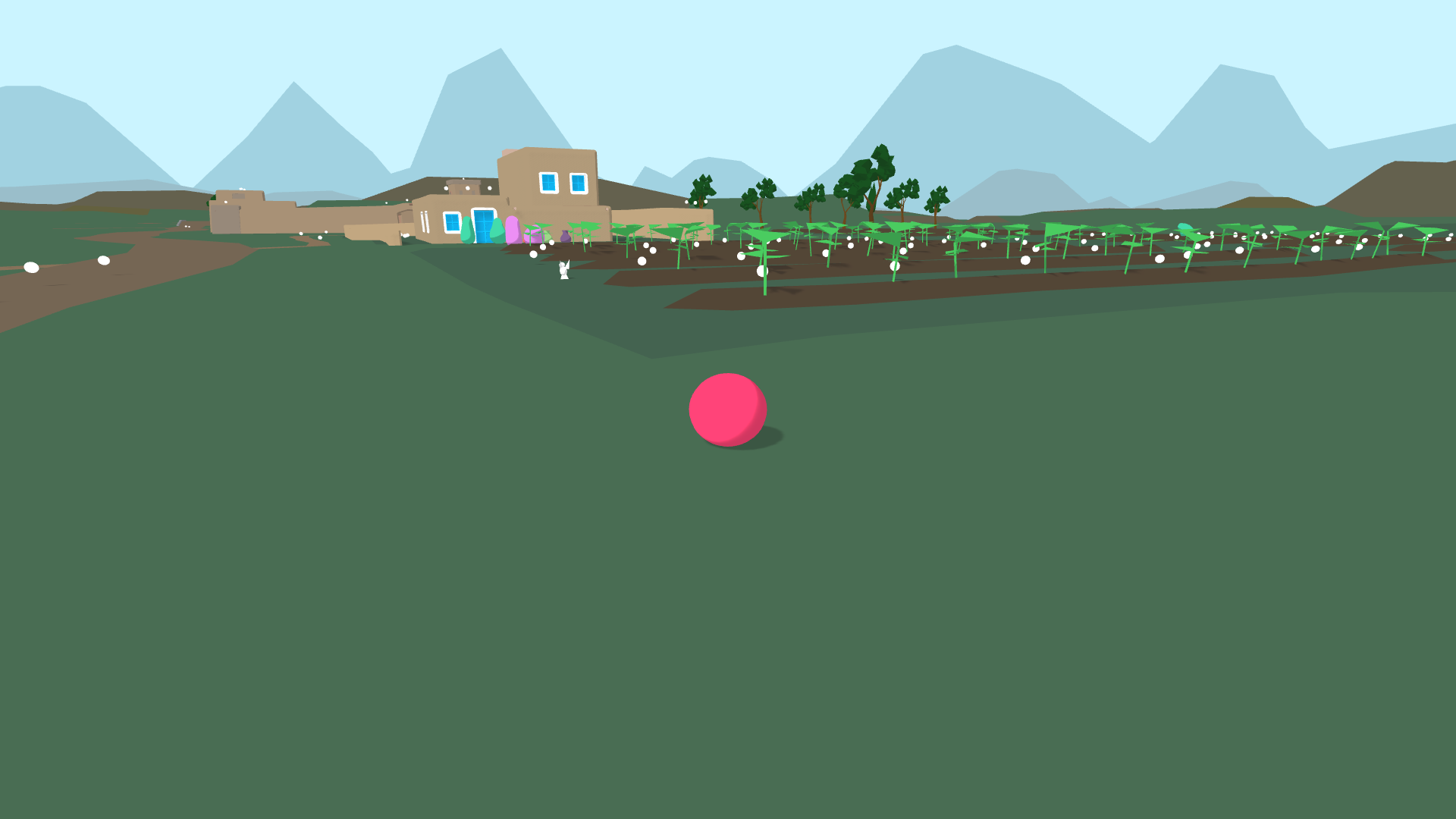 Since 2004, the US has conducted more than 400 drone strikes across Pakistan alone that have killed up to 4,000 people, according to the Bureau of Investigative Journalism. Hard statistics don't exist in the world of UAV warfare, but the Bureau estimates between 423 and 965 civilians have been killed in unmanned strikes on Pakistan, including as many as 207 children.

Before starting work on Killbox about one and a half years ago, Elwin hadn't thought much about UAVs or drone strikes. He knew they existed, that the United States was bombing areas in the Middle East using remote-controlled devices, but it wasn't a pressing matter to him.

And then American artist and anti-drone warfare activist Joseph DeLappe approached Elwin and his friends in Scotland, where they were starting a game developer group called Biome Collective. DeLappe wanted to create a video game about the dehumanizing horror of drone strikes, and Elwin's team dove in, researching the ins and outs of UAV operations and figuring out the best way to tell that story.

"I was kind of aware [of UAV strikes] but I didn't know what the reality was, so working on this project I've learned and discovered the horrific things that have gone on and are going on today," Elwin says. "In some ways it's getting worse as well." 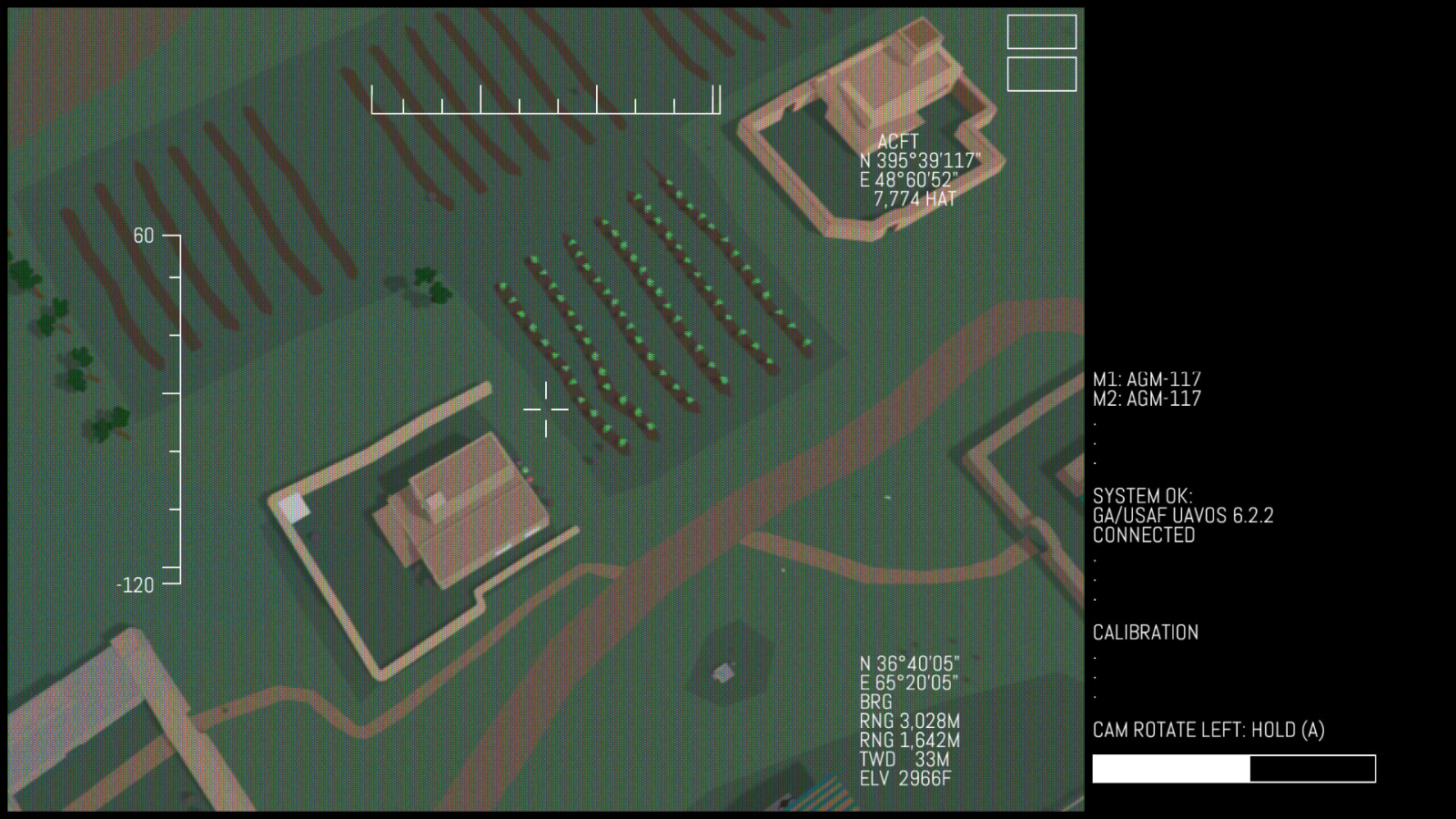 Killbox plays with the dehumanizing aspect of drone warfare in a literal way. The characters aren't human at all, even when players are controlling the happy, frolicking balls on the ground. However, using spheres and pears as protagonists forces the player project human characteristics onto the geometric shapes. The adorable sounds and playful setting further drive home the human-like innocence of the spheres and the feeling of loss when it all explodes in a thick black cloud. This point is solidified when the player acting as the UAV operator realizes that there was actually another player on the other side of the screen, rolling around the village, collecting white motes.

In Killbox, players create the human connection to these shapes, right before actively, knowingly destroying everything with the press of a button from a sterile, static-filled void. It's shockingly effective.

"People are starting to realize that you can use games for more than entertainment," Elwin says.

This article by Jessica Conditt originally ran on Engadget, the definitive guide to this connected life.
​​​