After months of spy photos and videos, the wraps have finally been pulled back on the 2017 BMW 5 Series sedan. The new model is more evolution than revolution, though the changes run more than skin deep. All new engines, weight savings, more tech, and better fuel efficiency are all in store for BMW's latest sedan.

There will be no mistaking the new vehicle for anything other than a BMW, as the designers cribbed bits from the 3 and 7 Series in the drawing room. The new car has the strange hockey stick line that's seen on the 7 Series, though less aggressive, and standard LED adaptive headlights that flow into the traditional kidney grille like those on the 3 Series. The ever-present Hofmeister kink is still there, along with most other modern BMW touches.

That kidney grille now features active shutters to help reduce drag as part of BMW's ever-evolving EfficientDynamics enhancements. The whole car is outfitted with a number of active aero bits, dubbed Air Curtains and Air Breathers, to help keep the air moving through and around the car. The automaker says the enhancements also reduce lift at high speeds. 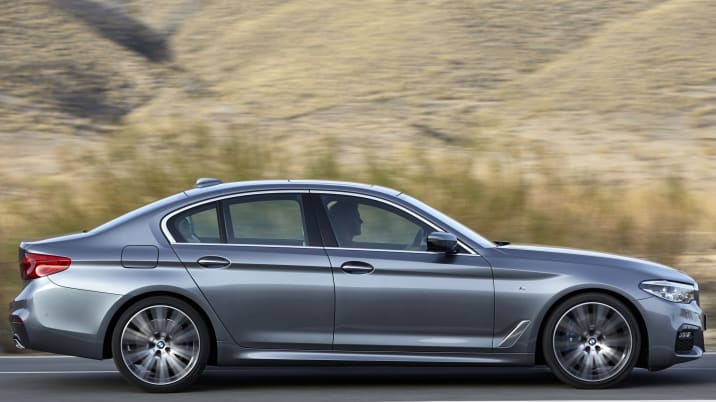 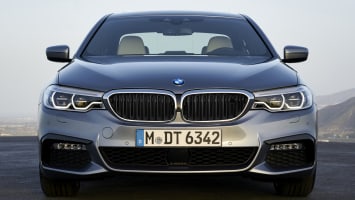 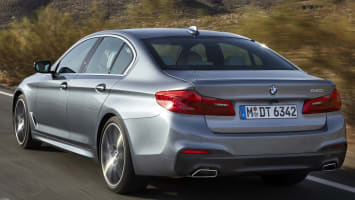 BMW claims a weight reduction of up to 137 pounds thanks to the use of high-strength steel, aluminum, and magnesium. The weight loss becomes more impressive when you realize the new car is longer, wider, and taller than the 5 Series it replaces. The weight reduction, along with more powerful engines, means the car should be quicker than its predecessor, as well.

The new engines, dubbed BMW TwinPower Turbo, are a series of modular inline four- and six-cylinder units. The US model will debut as the 530i (2.0-liter, turbocharged four-cylinder) or 540i (3.0-liter, turbocharged six-cylinder engine). Both will be available with xDrive all-wheel drive, but no manual or V8 options will be available at launch. Expect a 0-60 mph time of 6 seconds (5.8 with xDrive) for the 530i and 4.9 seconds (4.7 with xDrive) for the 540i. All engines are paired with an eight-speed automatic that features navigation-assisted shifting, just like a Rolls-Royce and its larger 7 Series sibling. Fuel economy figures haven't been released.

The new 5 Series will feature dual exhaust outlets on all models, making it slightly more difficult to determine which engine a given vehicle has from a distance. It's now the shape (circular for four pots and trapezoidal for six-cylinder models) that will be the tell, unless you spec a four cylinder M Sport model (trapezoidal). We're sure more 5 Series variants are in the pipeline, including the high-performance M550i and hybrid 530e models shown in our high-res image gallery. More details on those models should be coming soon. 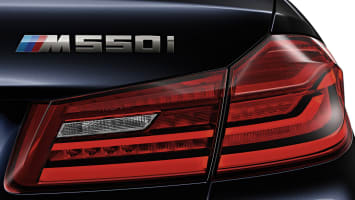 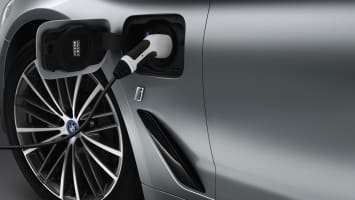 The M Sport package, available from launch, features a number of upgrades over the standard models. There will be a specific aero kit and exterior trim. Performance upgrades include a lowered suspension and bigger set of wheels and tires. Inside, M Sport models feature a leather steering wheel, pedal covers, as well as some minor trim changes.

The interior of the new 5 Series features a number of upgrades, most notably BMW's iDrive 6.0 infotainment system with gesture control, voice control, and heads-up display. This is the same system used in the current 7 Series. The interior of the new car should be quieter and more comfortable than ever, thanks to liberal use of sound-deadening materials and new multi-contour massaging seats. All the better to enjoy the optional 16-speaker, 600-watt Harmon Kardon sound system.

Underneath, the 5 Series features double wishbone front suspension with five-link independent rear suspension. The wheelbase is slightly increased over the outgoing model, as are both the front and rear track. The big news underneath is that xDrive can be combined with BMW's trick four-wheel steering system, as in the 7 Series.

The 5 Series will be available will all of BMW's latest driver assistance and safety equipment. This includes radar cruise control, lane departure warnings, and lane keeping assist. The car will even steer around obstacles in certain situations. Parking will be made easier with the help of 3D surround view and the integration of ParkNow parking reservation service.

The new car will go on sale in February 2017. BMW will announce pricing closer to the on-sale date, so look for more information in the coming months.