2016 Japanese Grand Prix | Hamilton faces the beginning of the end

We're told the Japanese mamushi viper haunts the undergrowth around Suzuka. If the pit viper attended the weekend's Japanese Grand Prix, it avoided human visitors but it put a nasty bite on Lewis Hamilton's championship hopes. The Briton, lined up second on the grid next to Mercedes-AMG Petronas teammate Nico Rosberg, flubbed his start. By the end of Turn 1 Hamilton was in eighth. 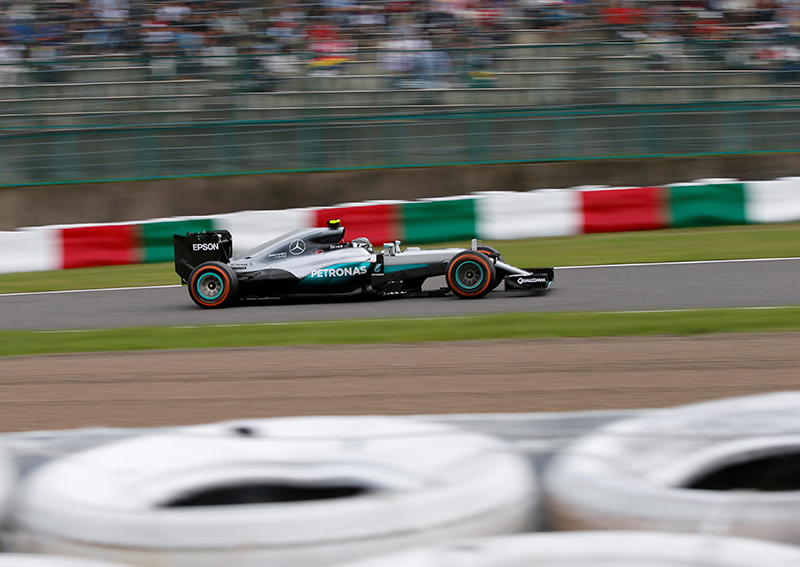 Hamilton didn't suffer alone. The beginning of the race was a melee; many of the leaders got caught out either by the damp track or by having to swerve around slow starters. Only Mercedes' Nico Rosberg and Red Bull's Max Verstappen took off clean. The German rolled up another lights-to-flag victory despite the pass-happy race happening behind him. Rosberg was as unbothered by the Dutchman in second place as he was by the official Formula 1 camera feed.

Verstappen didn't have much work to do until the final ten laps of the race. Thanks to the Mercedes team's strategy – or Ferrari waiting too long to pit – Hamilton got up to third on Lap 36 of 53. Unable to make a DRS-enabled pass on Verstappen down the front straight toward the end of the race, the Mercedes driver took a creative line through Spoon corner. Closing in down the back straight, Hamilton jinked inside to try a pass through the final chicane. Verstappen moved over in the braking zone while Hamilton was still behind him, closing the door on the move. Hamilton protested over his team radio, but seemed resigned to a third place finish after the incident – he didn't try any more passes in the final laps. 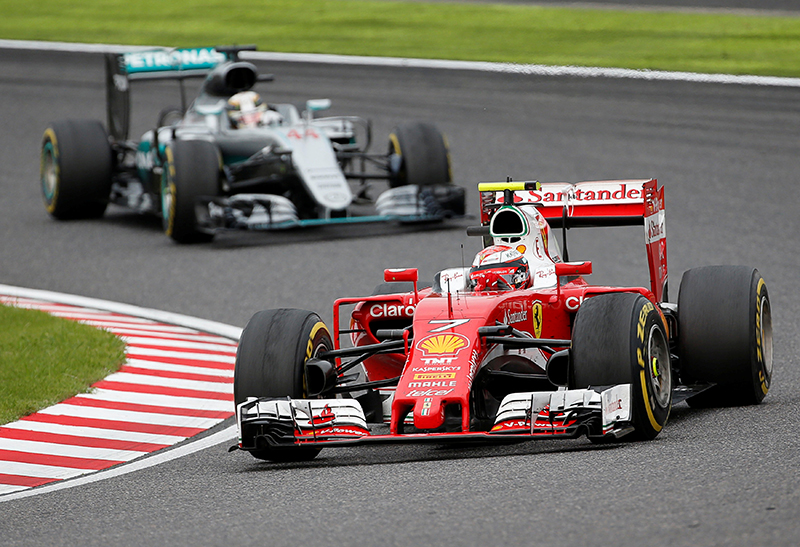 The Ferrari duo of Sebastian Vettel and Kimi Räikkönen crossed the line fourth and fifth, respectively, in recovery drives after penalties. The scuderia tried an aggressive final stint after Hamilton successfully undercut Vettel in the pits. Ferrari put Vettel on the soft-compound Pirellis so he could hunt the Mercedes, but after a few laps of close pursuit the tires gave up and Vettel fell back.

Daniel Ricciardo couldn't get comfortable in his Red Bull the entire weekend. The Aussie finished where he started, in sixth place. Sergio Perez and Nico Hülkenberg followed the Red Bull home in two-up formation for Force India, Williams doing the same in the final two points-paying positions with Felipe Massa and Valtteri Bottas.

Rosberg's 23rd career victory – his ninth of the season and first ever in Japan – puts him 33 points ahead of Hamilton in the Driver's Championship with four races left. For Hamilton to three-peat as World Champion, he'd have to win the final four races and hope Rosberg finishes lower than second place in at least two of them. Yet no driver has won nine races in a season and not won the World Championship. So unless something goes wrong with Rosberg's car, consider him the presumptive champ. 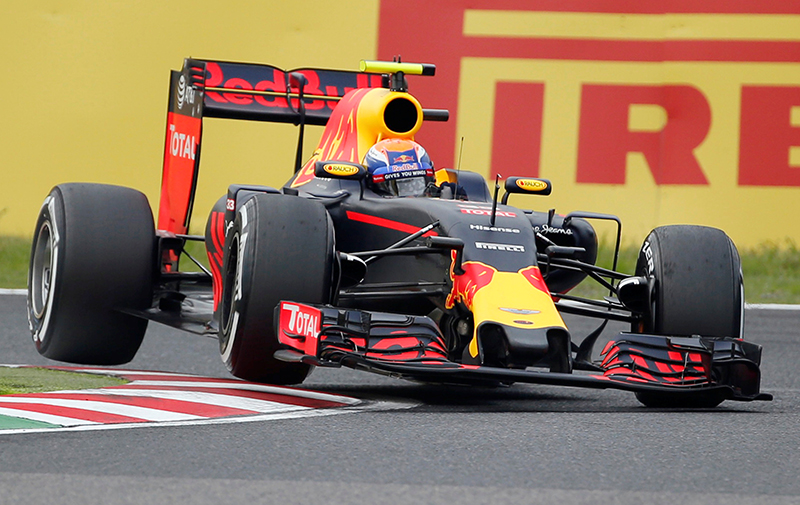 Which means we're already looking forward to next year's Championship. In spite of Ricciardo's sluggish Suzuka race one has to think Red Bull could be very dangerous in 2017. The Milton Keynes-based team outscored Ferrari again in Japan, despite of using a weaker Renault power unit. Next year's regulations switch from a mechanical-centered design formula to an aero-centric design formula. To gauge how strong Red Bull's aero is, compare its current second place in the Manufacturer's Championship with 385 points to Renault's ninth place with eight points.

Haas F1 has a few surprises left for this season, though. The US team got both cars into the Q3 qualifying session for the first time all year. Team boss Günther Steiner said the result came from finally understanding the upgraded front wing Haas brought to Singapore. At that race and in Malaysia, however, the engineers didn't have time to maximize its performance – probably worried about more pressing issues like Romain Grosjean's brakes. Haas couldn't convert the qualifying achievement into points. Grosjean finishing eleventh after what he called "one of the best drives of my career." 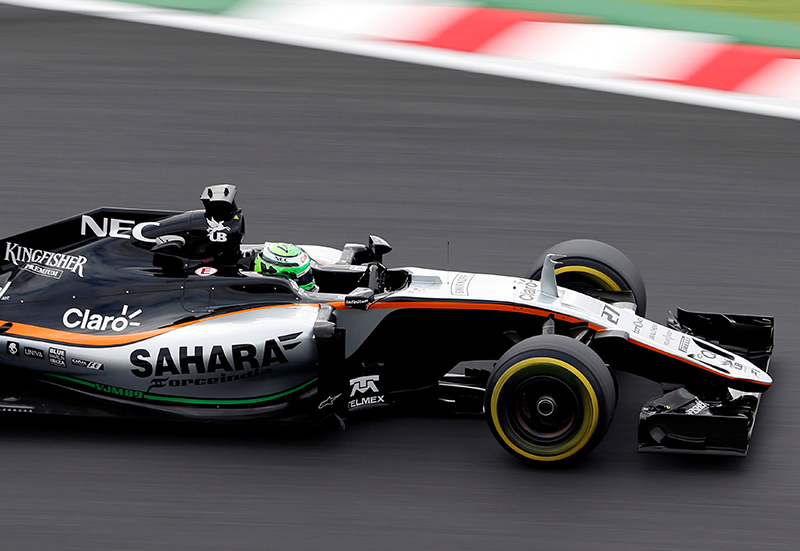 The ongoing silly season promises more surprises as well. German outlet Auto Bild said Renault plans to ditch drivers Jolyon Palmer and Kevin Magnussen. Replacing them in 2017, according to Bild, will be Hülkenberg and an unnamed French driver. If The Hulk really is moving, then he's getting out of an already-signed contract to race for Force India next year. Manor pilot Esteban Ocon could be the French driver moving to Renault. Or he might replace The Hulk at Force India. Or Manor's Pascal Wehrlein might head to Force India. There's a reason it's called silly season. 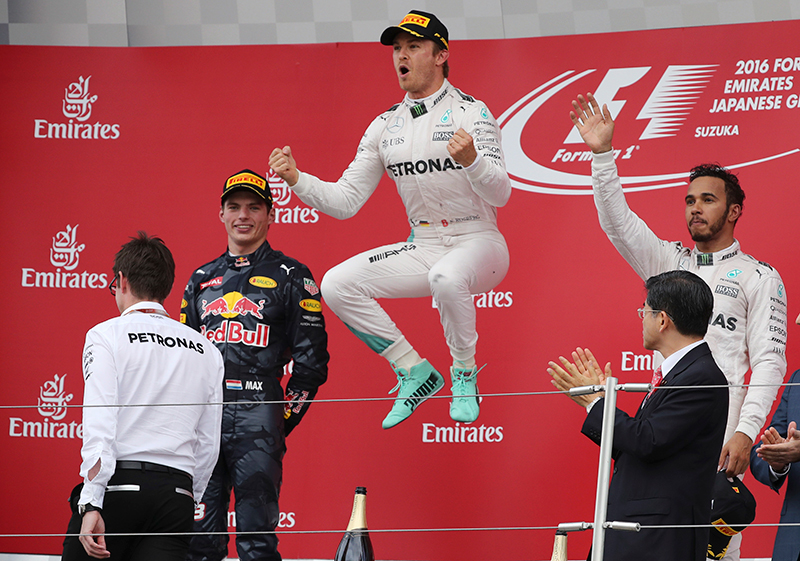 Mercedes locked up its third consecutive Constructor's Championship in Japan. Safe bets also have Red Bull and Ferrari maintaining their current positions behind the Silver Arrows. By finishing ahead of Williams, Force India held onto fourth place and gained seven more points on the English team. That's the only constructor's battle for the rest of the season.

The US Grand Prix comes in two weeks, we'll see you then.