What personality will your autonomous car have?

Servant, guide, companion, or something else? Intriguing possibilities discussed.

Alex Kierstein
Today at Autoblog's UPSHIFT 2016 event, a distinguished panel of design experts spoke a bit about how autonomous cars will evolve beyond some of our traditional notions of car design. Some of this will be physical, which is worth a separate post. But some of what the panel discussed is more about attitude, and personality – notions that might be the most fascinating aspect for enthusiasts wondering how we'll make an emotional connection to devices we can't drive ourselves.

I felt that a really compelling idea along these lines was broached by one of the panelists, Mark Prommel, partner and design director of Pensa. Panel moderator, author and Autoblog contributor Brett Berk asked about what conventions autonomous vehicles will shed in the future. Prommel responded by saying that he felt the visceral connection that we feel for cars won't be one of the things that we'll lose with autonomy, contrary to the fears of many in the enthusiast community. The reason is personality.

An inanimate object with a fully-realized personality is something you're already familiar with, whether it occurs to you immediately or not. Have you seen any of the Iron Man movies? J.A.R.V.I.S. is the artificial intelligence program that runs Tony Stark's lab, and his suits. It's more than just a service – J.A.R.V.I.S. has personality, and comes across in the films as more of a supporting character than a lifeless, one-dimensional tool. While entirely fictional, J.A.R.V.I.S. tells us something important about how humans can (and perhaps, should) relate to our artificial creations. It's something that is playing out, on a much less impressive scale, when we react to Siri's procedurally-generated pleasantries, which can have an emotional impact despite not having any emotional validity behind them. 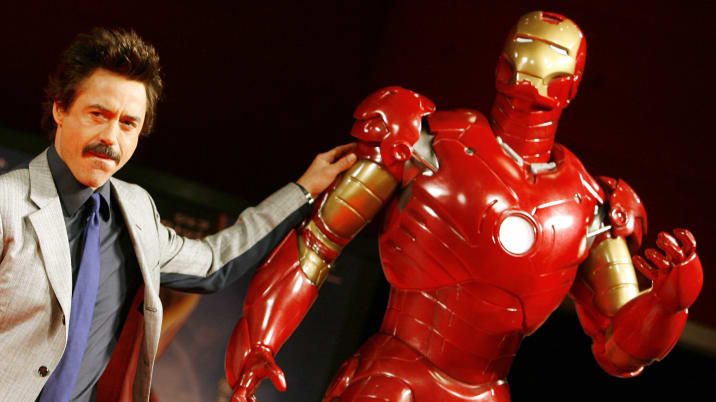 As Berk pointed out, many of us already anthropomorphize our vehicles, which strengthens our connection to them. Prommel theorizes that in the shared environment, we won't operate the vehicles, so we won't have the relationship of a human using a machine or tool. Instead, perhaps the vehicle will assume a personality that we can relate to. He mentioned several roles it could play, perhaps the least radical being a guide. Think about the role a taxi driver plays in a trip through an urban environment, and perhaps mix in a little personal assistant on top of that. Treating your autonomous vehicle as your personal driver, rather than as a device, could radically change the driver-vehicle relationship.

There are two other roles that Prommel mentioned, and both raise intriguing possibilities. The first is the role of servant, which would clearly change the nature of the relationship on an emotional level and could bring up some ethical or etiquette questions. Consider this: will it be socially acceptable to lose your temper with your autonomous car in front of other people? To yell at it?

The second is that of companion, and this is the possibility I considered the most intriguing for those concerned about losing the important emotional connection to a vehicle, particularly when you consider a model in which the individual vehicle isn't owned, but rather shared. If whatever vehicle shows up to whisk you to your destination displays a personality you're familiar with, one that knows you and your preferences, it may indeed feel like a companion. The J.A.R.V.I.S. example is illustrative. Within the narrative structure of the Marvel Cinematic Universe, don't you think Tony Stark would be sad if J.A.R.V.I.S. were to be permanently destroyed?

That covers the relationship between occupant and vehicle, but panelist Melissa Cefkin, who is an anthropologist at the Nissan Research Center, brought up the excellent point that autonomous vehicles will also have to communicate and form relationships (however brief) with those outside the vehicle. We've seen these notions before in various forms, like concepts in which cars communicate with pedestrians using emojis and visual stimuli, but think about things in terms of personality. As the vehicle moves through space, it needs to do so in what Cefkin described as a "socially acceptable way." Think about a four-way stop. Without making eye contact, how does an autonomous vehicle signal intent with a human driver. What about an autonomous car that has a human who may assume control at any time, but is sitting back watching a movie? Part of her job is to make sure that these vehicles interact with others both safely, effectively, and responsibly. What personality should an autonomous vehicle take on to accomplish these things? Do we want an autonomous car shouting at us like a New York cabbie to "get out of the way!", horn blaring? It's not clear. But it's an interesting thought experiment.

The takeaway is this: don't assume our autonomous future will be a sterile place, with minimalist pods taking uncaring commuters from one place to another. That could happen, sure. Autonomous cars could certainly be the elevators of the future ... who is an elevator enthusiast? (Please don't write us an angry email if you're one of those.) But Prommel and Cefkin theorize that we may be able to form an emotional attachment to vehicles that will exhibit a strong personality. What form that personality will take is an open question that raises a number of related possibilities and concerns, and in my mind that process will be one of the most fascinating to watch unfold.

Interested in what Prommel, Cefkin, and the rest of the panelists had to say? You can watch a video of the entire thing from UPSHIFT 2016 at the top.