Yes, you could buy an AWD small minivan with a manual transmission in 1986.

About a decade before Subaru really locked down the market for small all-wheel-drive wagons, American car shoppers could choose between a number of these vehicles built by Subaru's Japanese competitors. Toyota had the Tercel 4WD wagon, followed by the Corolla All-Trac Wagon. Honda had the Civic 4WD Wagovan. Mitsubishi had the Chariot 4WD aka the Dodge/Plymouth Colt Vista 4WD. And, of course, Nissan had the Stanza 4WD Wagon, which was known as the Prairie elsewhere. These cars didn't sell in huge numbers, but I see plenty of them here in Colorado. Here's a high-mile, rusty ' 86 in a Denver wrecking yard. 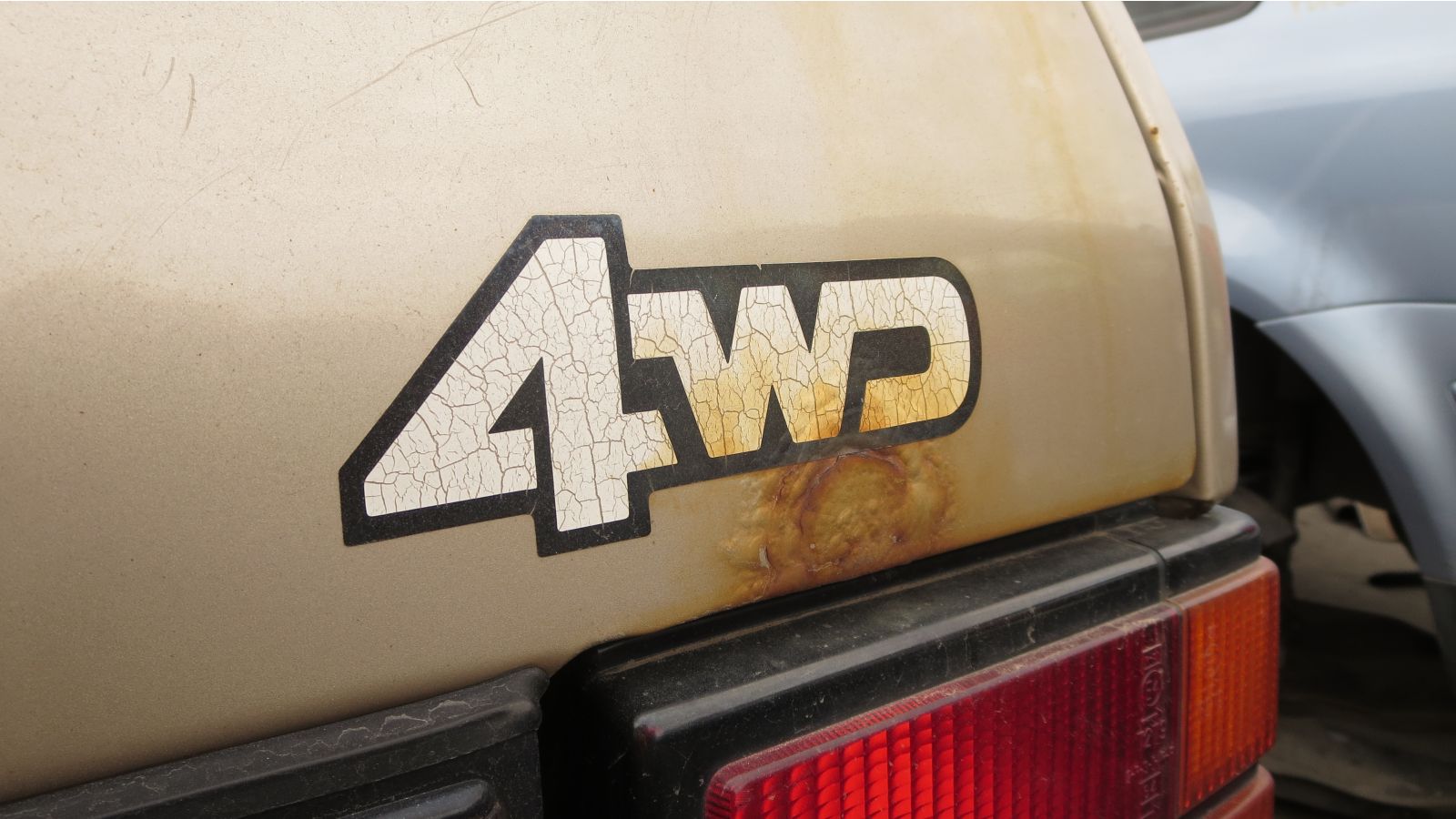 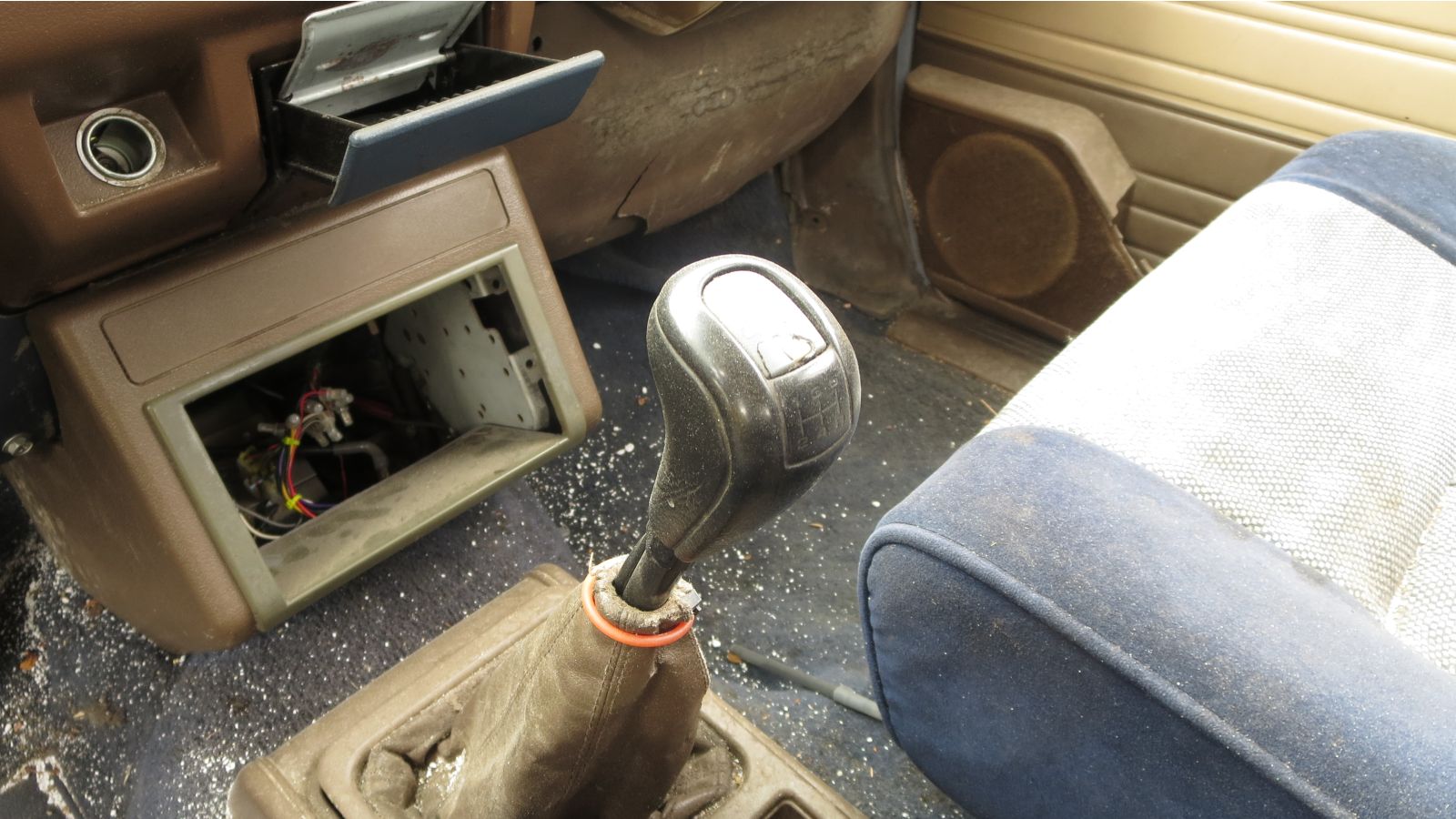 With sliding doors on both sides and a big hatch in back, this vehicle is more of a minivan than a wagon. Most of these cars had the 5-speed manual transmission, because it was cheaper and got better fuel economy than the automatic. 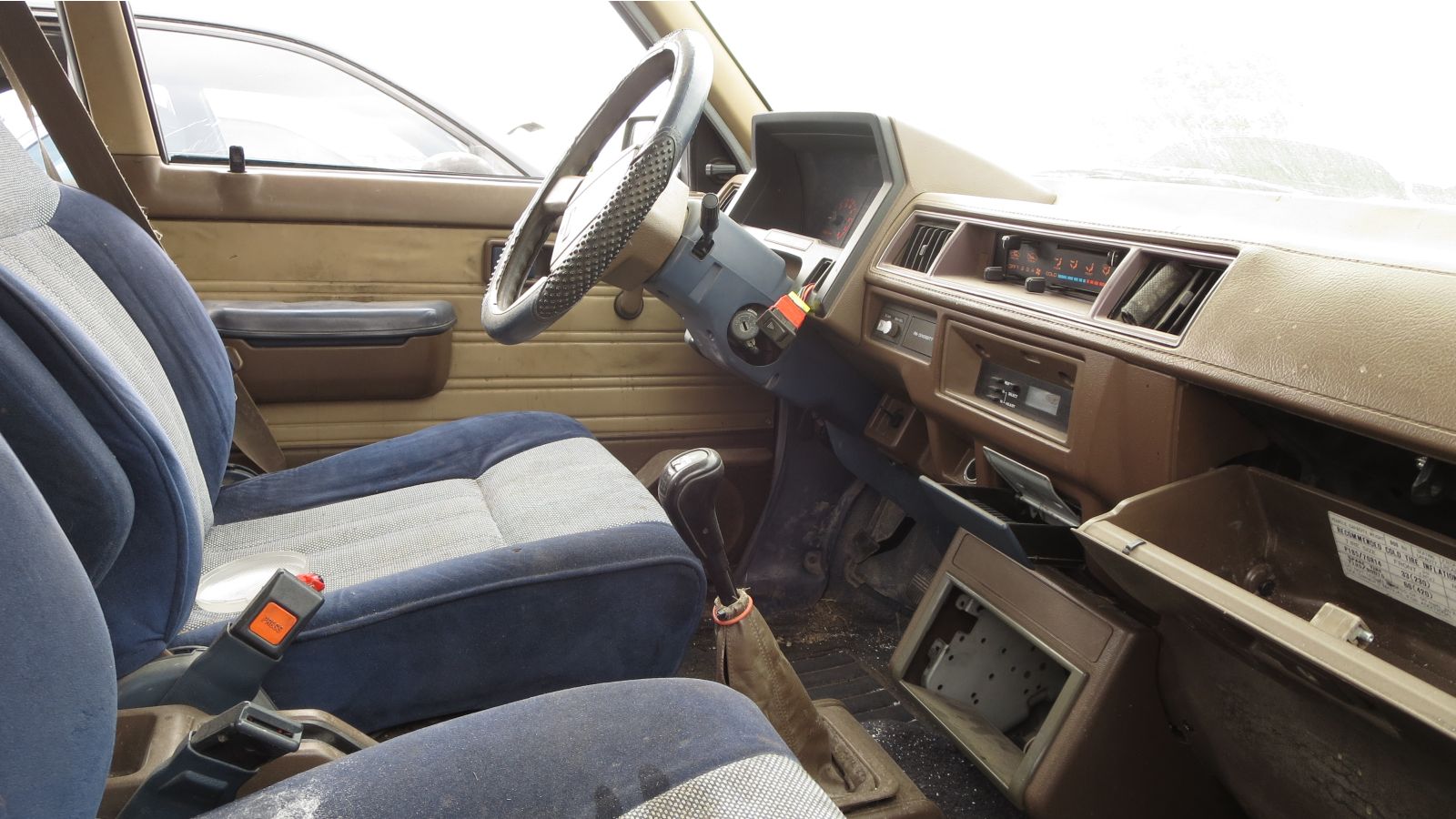 With well over 200,000 miles on the clock, the interior got sufficiently worn out that a previous owner felt compelled to replace the seats and much of the plastic interior trim with components from a blue Stanza wagon. We have no way of knowing how many additional months of life that bought this car. 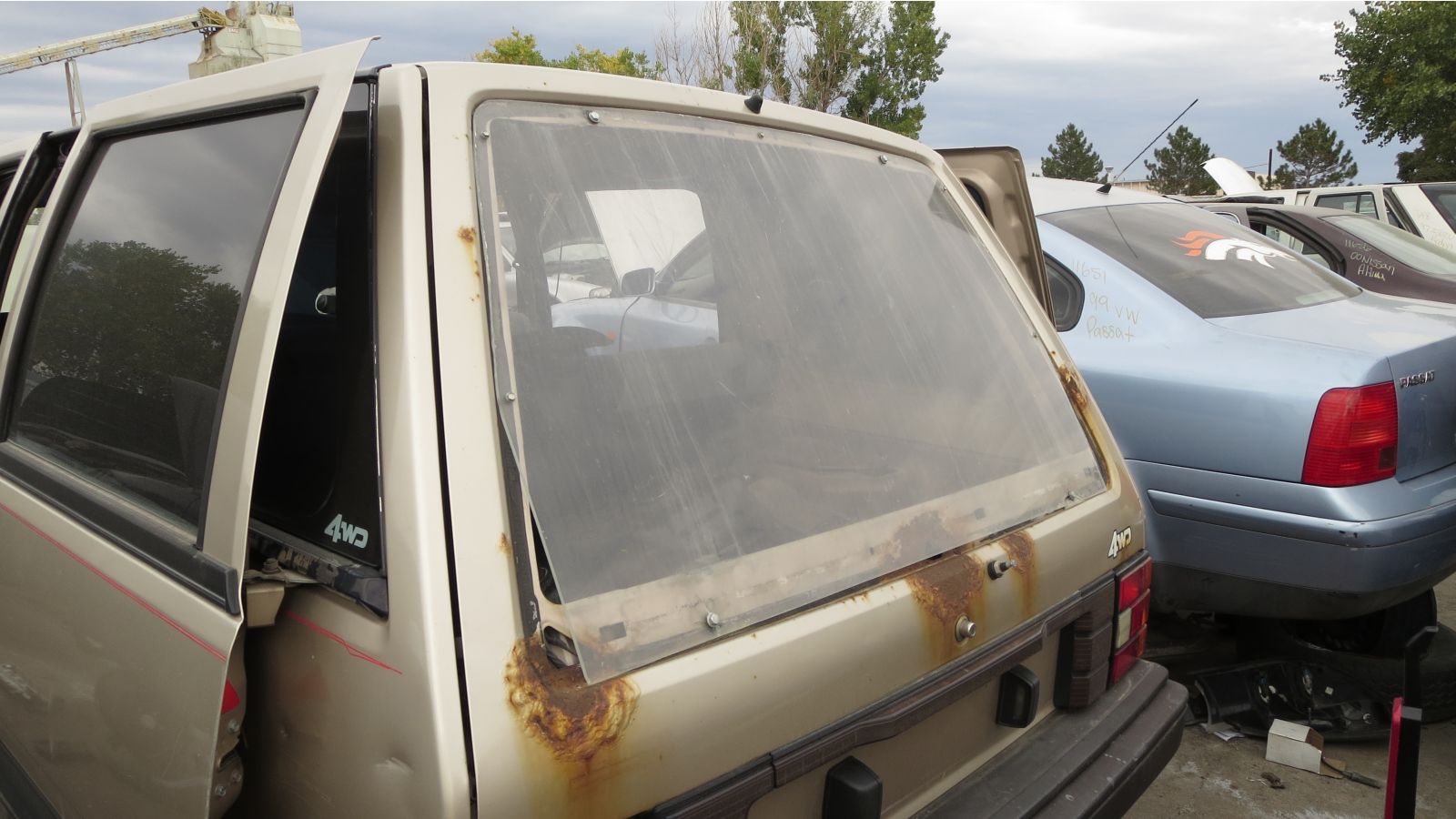 The final nail in the coffin for this beat-up hooptie probably was the homemade Lexan replacement hatch glass, which doesn't quite seal at the corners. Once a car gets modifications like this, it's on its very last owner.