Honda isn't the first company to reveal vehicles with 3D-printed panels, details and more. However, it's certainly one of the biggest, so its efforts warrant a closer look. Fresh off the heels of the Paris Auto Show, Honda showed off its Variable Design platform for micro EVs: petite cars where space -- and weight -- is at a premium. The automaker wants to offer a vehicle with a customizable layout where drivers can choose what they need. That could be lowered entry points at the doors for senior drivers, a hatchback trunk for delivery vehicles or space for a family of three. (Somehow!) Let's take a closer look:

I was a bit skeptical of the idea of an entire vehicle built from 3D-printed panels, but a Honda spokesperson outlined how the company took design and engineering know-how from its motorcycle division, resulting in a light but safe pipe-based skeleton under the paneling. This is apparently what gives the "micro commuter model" structural integrity. The company had some assistance from design firm Kabuku, which put a bird on it -- on the hatchback trunk, as well as the doors and seat. 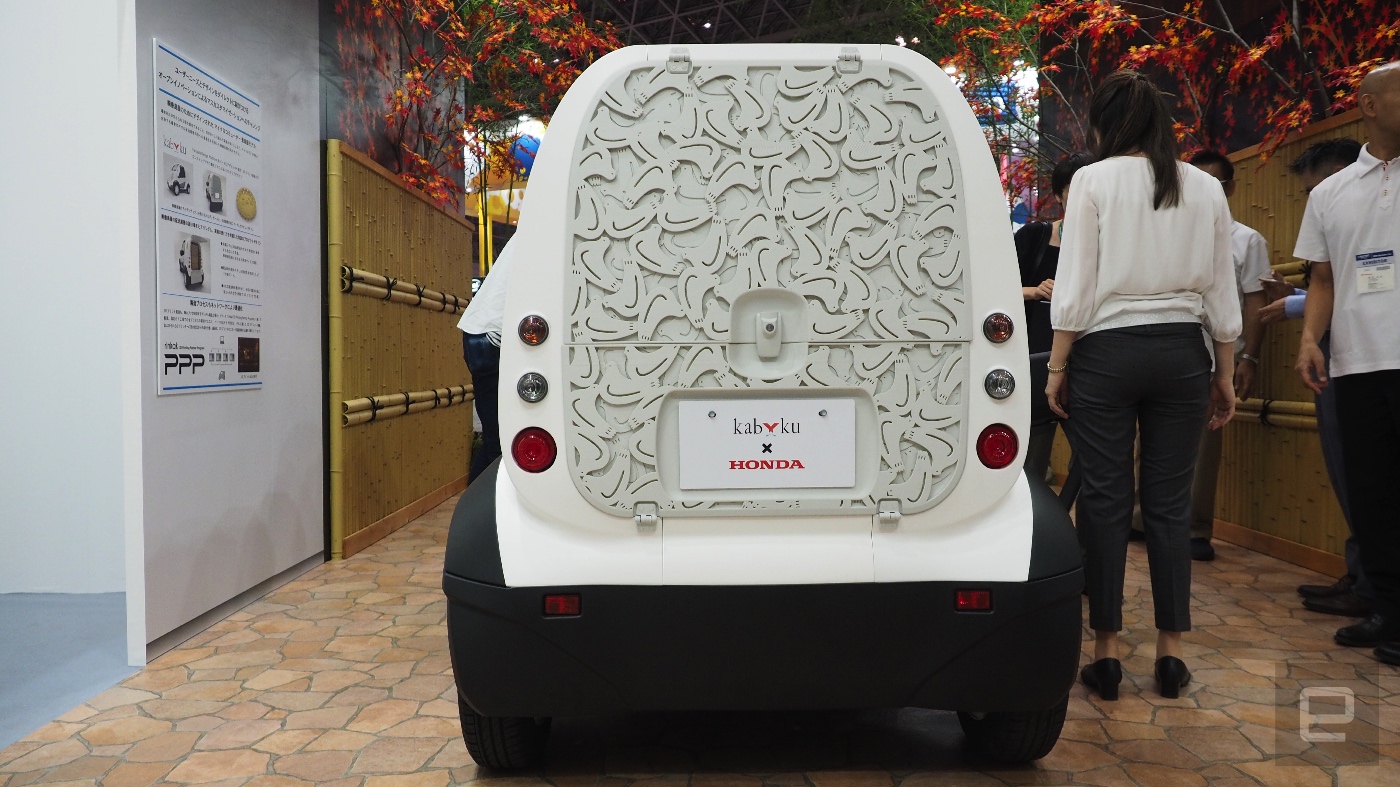 The car mostly has that familiarly, rough 3D-printed surface to it, but despite being the early first step in Honda's efforts to offer a heavily customizable electric vehicle, today's prototype could very much move. A handful of journalists and businessmen got to sit inside and drive it very briefly around a corner in a faux-Japanese village. 3D-printing entire car bodies could lead to reduced design times and cheaper costs. But that's if it becomes a bigger thing. For now, it's a promising platform that's still in development.

This article by Mat Smith originally ran on Engadget, the definitive guide to this connected life.