The changes mirror those for the 3 Series Sedan.

BMW may have refreshed the 3 Series Gran Turismo way back in the sunny and warm days of June, but the hunchbacked five-door is only now getting its official auto show debut in Paris. Naturally, we decided to take a walk down to BMW's display at the Paris expo Porte de Versailles for a look at the restyled car.

As we covered in our original report on the 2017 3GT, the old 328i and 335i trims are dead. Just like the traditional sedan, BMW replaced the old trims with the 330i and 340i, as well as their new and more powerful engines. The 2.0-liter turbocharged four-cylinder in the counterintuitively-named 330i is up from 240 horsepower and 255 pound-feet of torque to 248 hp and 258 lb-ft. Small gains, we know, but the improvements that went into the 340i are more substantial – BMW increased the 3.0-liter, turbocharged six-cylinder's output from 300 hp and 300 lb-ft of torque to 320 hp and 330 lb-ft.

If there's a potential knock against the 3GT – aside from its polarizing appearance – it actually comes in the powertrain department. Unlike the 3 Sedan, BMW continues to only sell the Gran Turismo in the US market with all-wheel drive and an eight-speed automatic transmission. Considering the variety of 3GT and wagon models in Europe, it's a shame BMW chooses to limit options in its most versatile small cars for North American consumers.

Judging by the online configurator, the refreshed BMW 3 Series Gran Turismo should be in US dealers now. 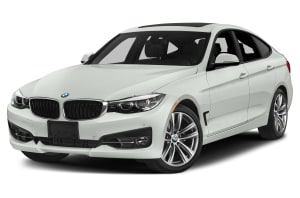