Ford patents a multi-touch version of its classic keypad

Joel Stocksdale
For decades, Ford has offered a keypad on the doors of their cars that would allow owners access with the right code. Amazingly, the keypad has survived almost unchanged except for a recent touch button version. A new patent from the Blue Oval shows the keypad may get a big upgrade soon.

The first big change is that it looks like the keypad may move to the key fob. Although it might be possible to have it on the car itself as well, the patent only seems to focus on the key fob. In addition, the fob will now be a multi-touch pad similar to that of modern smartphones. 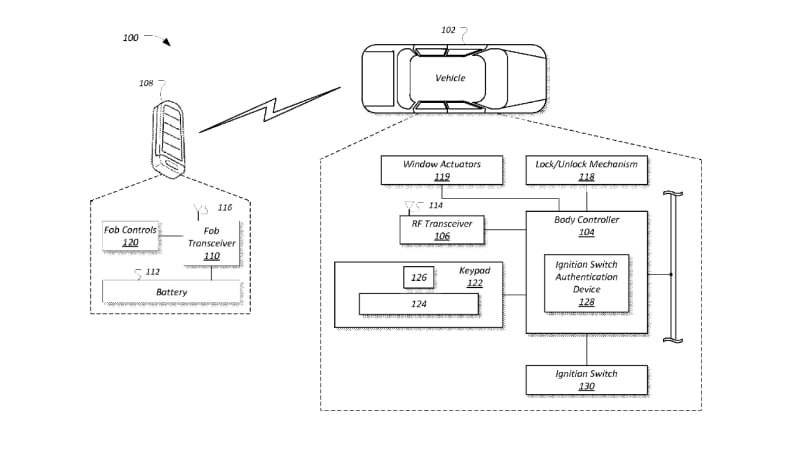 This will allow for more diverse code entries, according to the patent's description. Instead of just a simple number code, owners could enter a code that involves swipes and keystrokes, and even simultaneous keystrokes. For instance, you could enter a code that requires swiping from 1 to 3, followed by holding 2 and 4 to unlock the car. The patent also seems to indicate that this keypad would then display unlock functions and other functions on the fob after the correct code is entered, thus making it more than just a way to unlock the car.

As for the practical implications of this keypad system update, it could provide an added layer of security. If someone steals your keys, they would have to also know your access code to get into the car. Whether this would also help make the key and car harder to hack would remain to be seen, though. Another possible benefit could be the prevention of accidental lock and alarm button presses, although that likely isn't a common issue. There could be potential downsides as well. If used as an extra layer of security, the legitimate owner would have to punch in their code on the fob to get in, which would render proximity key benefits relatively useless. Moving the keypad to the fob would also mean owners couldn't get into their cars without having the key with them. We don't have any clues as to when this could become a feature, but it doesn't seem like it would be difficult to implement, so it could show up in the next few years.