GMC is fortifying the Canyon with a new powertrain and two new trim levels for 2017. GMC will give the Canyon the 3.6-liter V6 found in the Cadillac ATS, CTS, CT6, and XT5 crossover. The engine will be matched to an eight-speed automatic transmission, which also can be found on Cadillacs, the new 2017 Colorado, and other General Motors vehicles.

The new engine comes with variable valve timing, improved direct injection, and Active Fuel Management, which is a form of cylinder deactivation that shuts off two cylinders to increase fuel efficiency and performance. Power is up from 305 to 308 horsepower, while torque increases from 269 to 275 pound-feet of torque compared to the old 3.6-liter V6. With the new transmission, the Canyon benefits from a higher first gear ratio, which should help drivers get off the line more easily when towing large cargo, and lower overdrive ratios for improved fuel efficiency. The 2016 model had a six-speed automatic. The Colorado also gets the eight-speed transmission for '17.

GMC previously announced the All Terrain X and Denali models. The All Terrain X trim is offered on the SLE model and comes with the new 3.6-liter V6 engine or the 2.8-liter Duramax turbo-diesel. The All Terrain X gets Goodyear Wrangler DuraTrac P225/65R17 all-terrain tires, a body-color grille surround and matching rear step bumper, bespoke 17-inch aluminum wheels, and a spray-on bedliner. The truck also is fortified with Hill Descent Control and an off-road suspension. The Denali carries the flag as the most luxurious Canyon model and gets a Bose seven-speaker audio system, more chrome, and interior upgrades.

In addition to the new models and the powertrain, the 2017 Canyon will be offered with new colors – Dark Slate Metallic, Mineral Metallic, and Red Quartz Metallic – a new IntelliLink radio with a seven-inch touchscreen, a heated steering wheel as an optional extra, and Standard Teen Driver Mode. The 2017 Canyon, with all of its changes, will be available in the fourth quarter of the year. 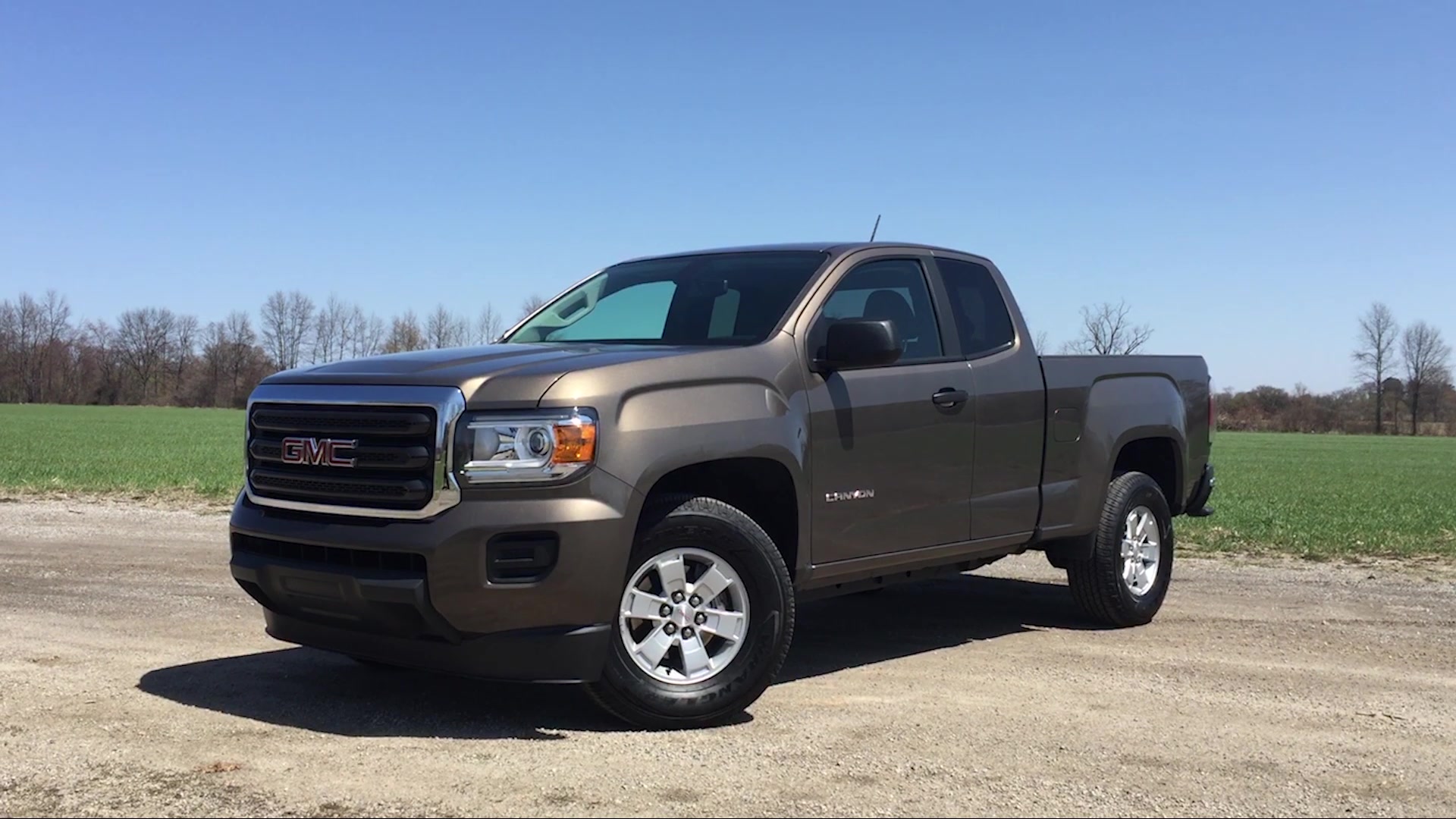