John Beltz Snyder
Formula E driver Jean-Eric Vergne has set a new lap record at Donington Park. Driving for the new team Techeetah in the second day of preseason testing, Vergne lapped the circuit in 1:29.634, beating the record Lucas di Grassi set last year at 1:29.920. In fact, the top three fastest drivers of Day 2 testing surpassed last year's feat. Felix Rosenqvist of Mahindra Racing posted the second-fastest lap at 1:29.719. Sébastien Buemi, who finished fastest on the first day of testing, was faster still on Day 2, but finished third for the day at 1:29.765. "We still need to catch up compared to the other teams to understand the new powertrain," says Vergne, "but the team have done a really good job. The pure performance already seems to be there!" Read more from the FIA.

A company called Romeo Power, with a roster including Tesla and Faraday Future veterans, promises big things from EV batteries. The startup says its products will outperform the competition, and its executive team could just have the brains and experience to back it up. Porter Harris, Romeo Power's cofounder and CTO, worked as chief battery architect for Faraday Future, and developed batteries and other systems for SpaceX. The company's VP of Electrical Engineering Arun Gunasekaran worked on batteries at Tesla. VP of Global Marketing Taryn Battram has had such brands as Tesla and GM as clients. The company is looking to build its products in either California, where the company is headquartered, or in the increasingly tech-friendly state of Nevada. Read more at Green Car Congress.

TopSpeed has rendered a Tesla minivan. Saying it's the missing niche from Elon Musk's recently updated business plan, the electric people-hauler fills an important role even as the format is being increasingly encroached upon by the crossover market. Such a vehicle might stretch the wheelbase of Tesla's current architecture to accommodate a larger third row and sliding doors, and the frunk would provide even more room for equipment when taking the kids to soccer practice. It wouldn't be as sleek, as the body would be shaped to maximize volume. A 60D entry level would offer practicality at a price point of about $45,000, and we likely wouldn't see high-performance versions. Check out the rendering and read more at TopSpeed. 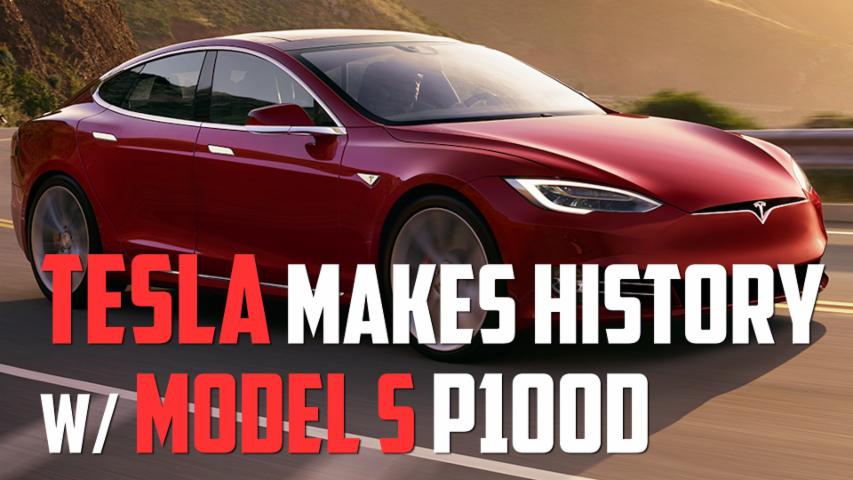